How Much Tyson Fury And Deontay Wilder Earned From Their Trilogy Fight.

Fury and Wilder put their heavyweight rivalry to bed for the final time last Saturday night, as Fury took Wilder down in the 11th round. 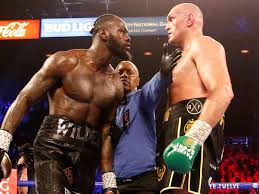 Tyson Fury and Deontay Wilder took to the ring for the final time in their battle of the heavyweight trilogy on Saturday 9 October 2021.

Despite being knocked down twice in the earlier rounds of the fight, the Gypsy King came back to knock down the Bronze Bomber to win the fight in the 11th round. 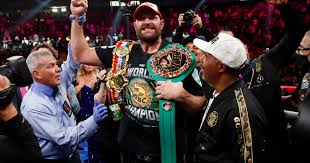 The fight which Tyson Fury consolidated his place at the summit of boxing on Saturday night when he knocked out Deontay Wilder in the 11th round to defend the World Boxing Council’s version of the heavyweight title in a heart-pounding contest of extreme physical and psychological intensity that ennobled both men.

how much they both earn on the fight.

According to the Nevada State Athletic Commission, the fighters have a guaranteed purse of five million dollars plus the proceeds from the Pay-Per-View. according to reports, more than 800,000 people signed up for pay-per-view in North America alone.

But this is nothing compared to what was signed in the contracts between the two clans. Because according to several sources, Tyson Fury is guaranteed to touch $ 30 million (£ 22 million, € 26 million) and 60% of pay-per-view (PPV) income. 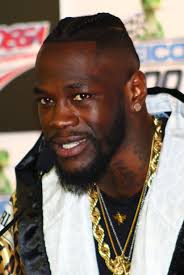 For his part, Deontay Wilder, whose loss twice in his professional career both against Fury, is guaranteed to receive $ 20million (£ 15million, € 17million) and 40% of the PPV.