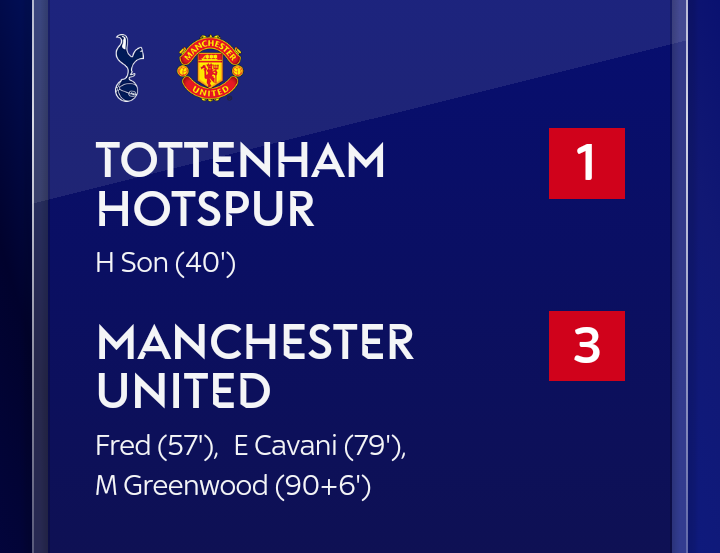 Tottenham lead United 1-0 at the break in their Premier League clash after a controversial first half. 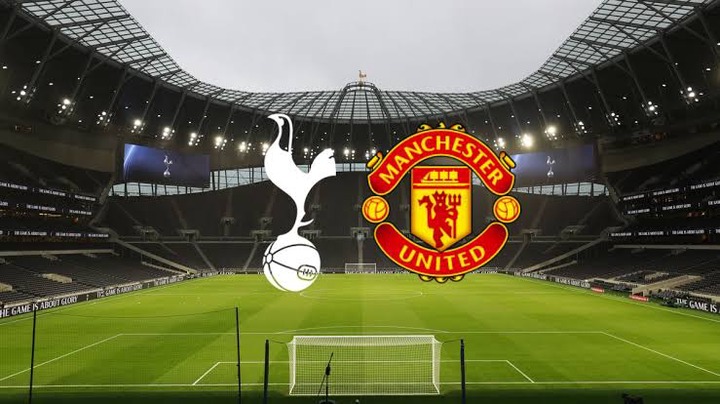 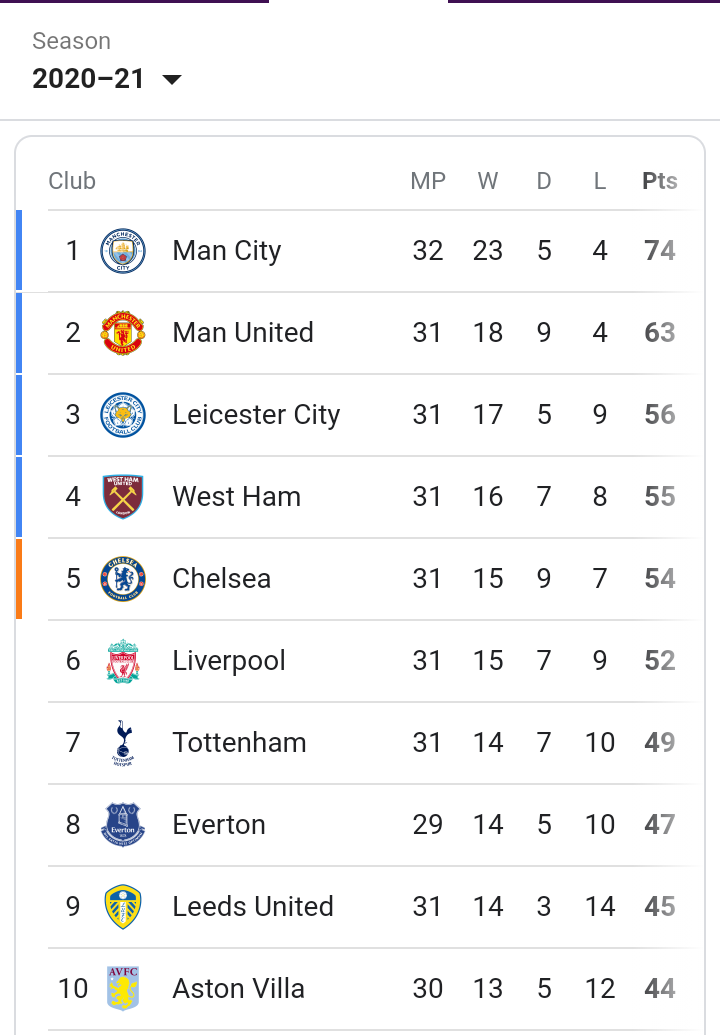 Having beaten United 6-1 earlier this season, Spurs are looking to record their first EPL double over the Red Devils since the 1989-90 season 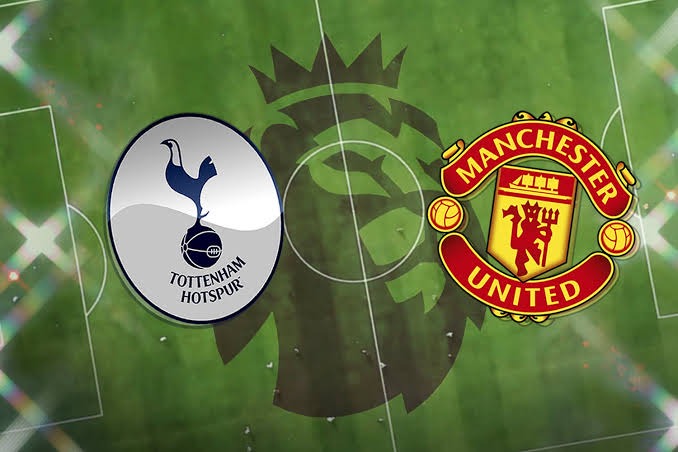 Son has scored his 14th EPL goal of the season, equalling his best return in the competition set in 2016-17. 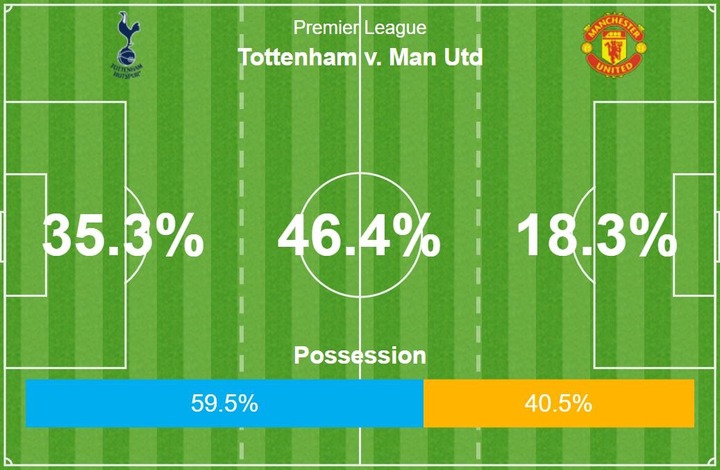 Five of Cavani's 7 EPL goals for United have been headed; indeed, only Dominic Calvert-Lewin has scored more headed goals in this season's competition (six) than him

Fred has scored just his 2nd EPL goal, and first since September 2018 v Wolves. He had attempted 73 shots without scoring between the two strikes. 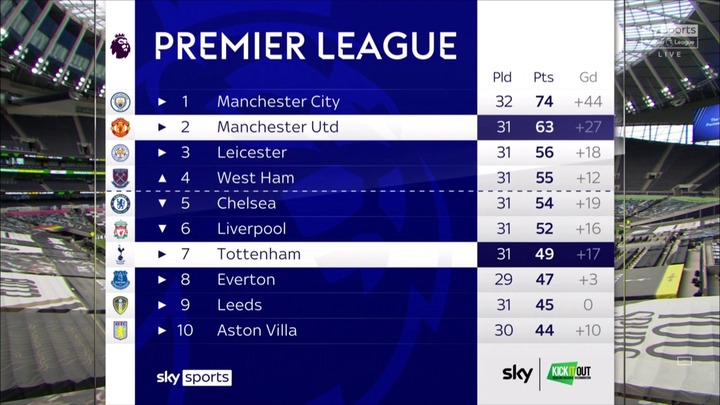 Son has scored 3 goals against United in the EPL this season; the most by a player against the Red Devils in a single campaign since Sergio Agüero in 2014-15 (3) 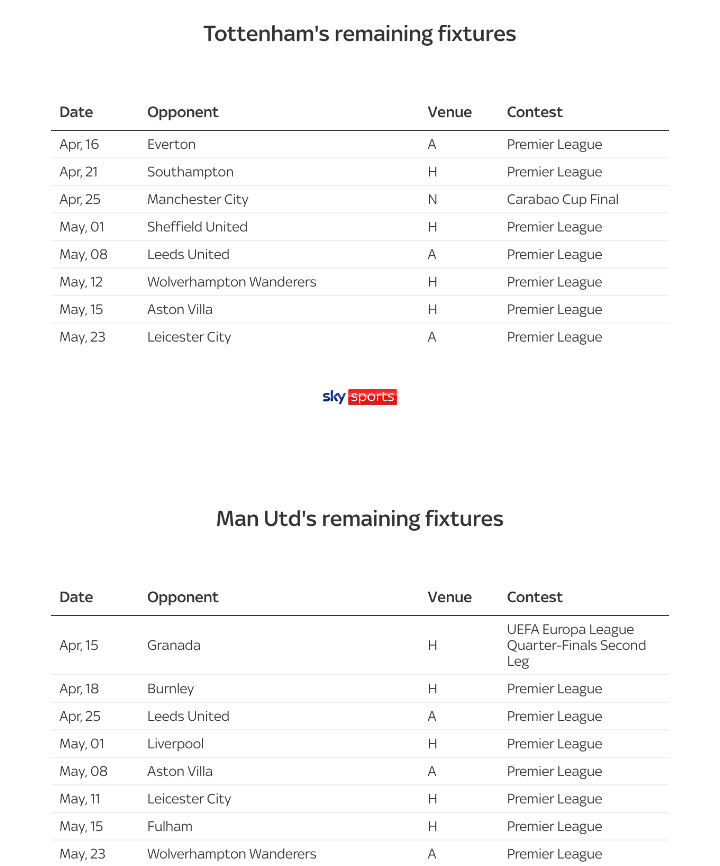 Mourinho is winless in his last 5 home games in all competitions against sides he's previously managed (D2 L3), having won 12 such games in a row between 2002 and 2018.

He has also suffered 10 EPL defeats in a single season for the first time in his entire managerial career.

They have now won 96 EPL matches in which they conceded the first goal, eight more than any other side (Spurs, 88).

Chelsea 0:4 Barcelona- A Bad Night For Chelsea Women As They Lost The UEFA Champions League Final

Meet 2 Ghanaian Actresses That are Both Nollywood and Ghallywood Actresses