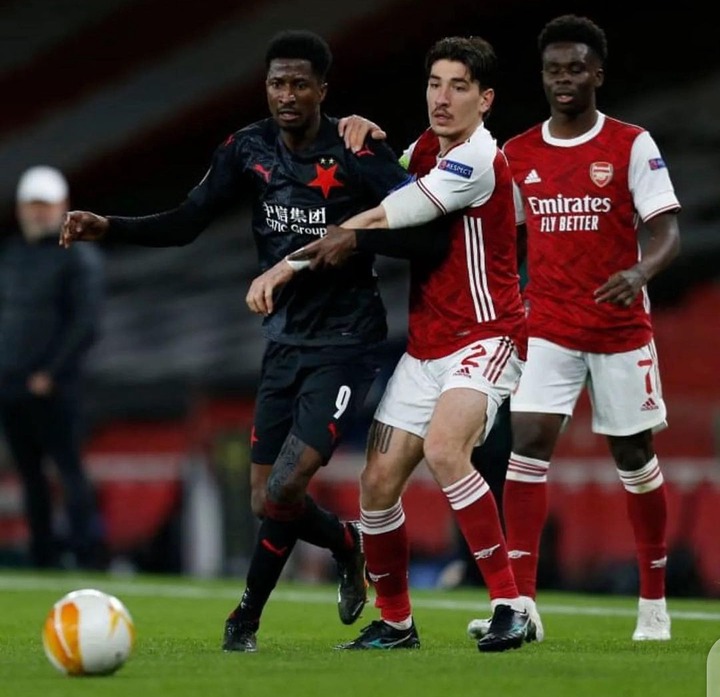 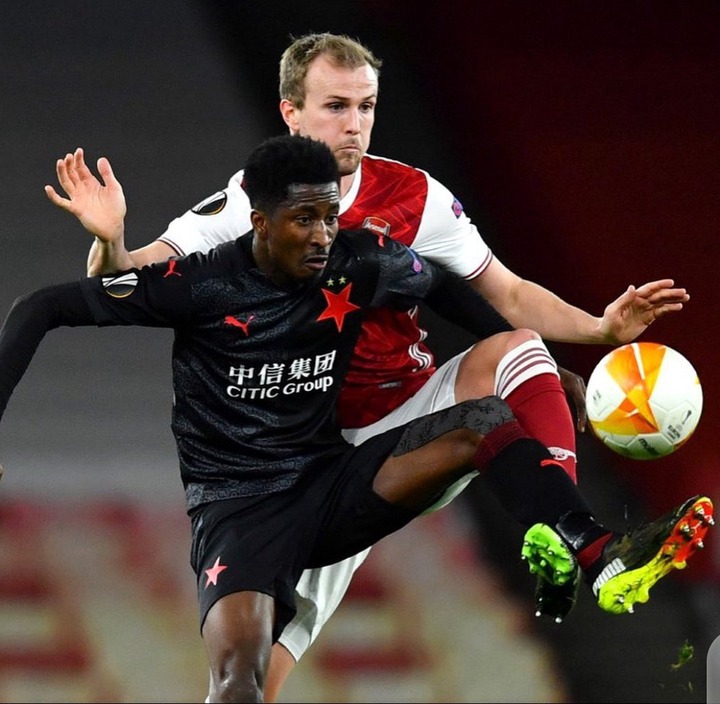 The former Gent football club of Belgium star has been exceptional for Jindrich Trpisovsky's Slavia Prague football club of Czech Republic since the beginning of the season, and he helped the team to play out a 1-1 draw against Arsenal at the Emirate Stadium last week Thursday, but he is a major doubt for the club on Thursday.

The Nigerian international missed his team's last league game against rival Sparta Prague after sustaining a minor injury against Arsenal, and coach Jindrich Trpisovsky has now made it known in his prematch conference that, the Nigerian is set to undergo late fitness.

Olayinka participated in his team's last Training on Wednesday, but it's yet to be certain whether the Nigerian will be in action against the English Premier League giants. 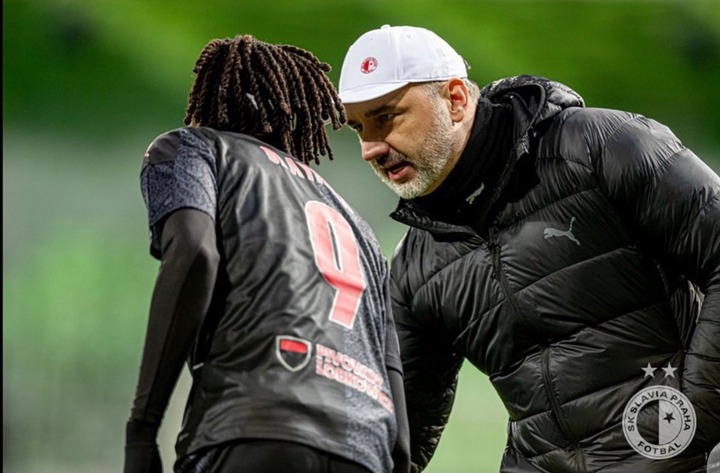 Speaking in the prematch conference, Jindrich Trpisovsky said; "Abdullah Sima and Peter Olayinka have joined the squad in training, and one of them is expected to be available for starting line up, and the other is expected to play something about 20 minutes, we'll decide about it tomorrow morning after the warm-up match." He concluded.

Peter Olayinka has been exceptional for the Czech Republic League Champions since the beginning of the season, and he has netted three goals, plus two assists in all competitions this season.