By ReportMinds (self meida writer) | 4 days

Liverpool set to welcome AC Milan in their UEFA Champions League match tonight. The game is expected to kick off at 8pm GMT. The Reds and the Rossoneri side faced each other in the finals in 2005 and 2007. 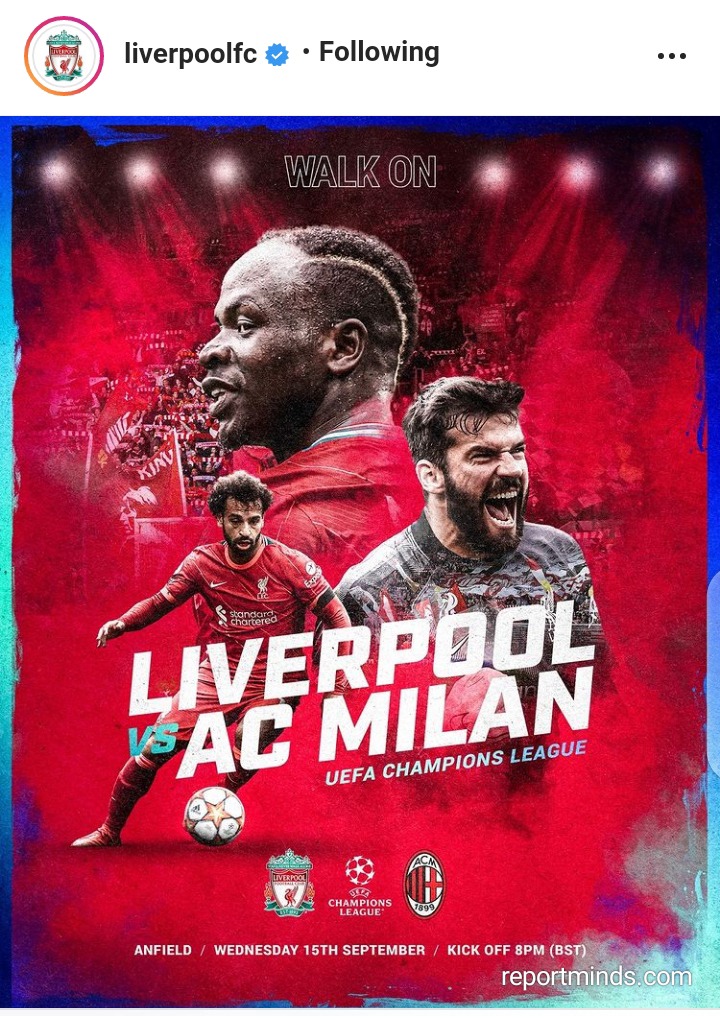 Jurgen Klopp have revealed his team to face the Serie A at the Anfield stadium.

Alisson Becker has been named as the goalkeeper for the Reds. Virgil van Dijk has been tested by manager Jurgen Klopp, the Dutch international has been replaced by Joe Gomez. Trent Alexander-Arnold and Andy Robertson will play from the right and left back positions respectively.

Jordan Henderson will wear the captain armband for the Reds, he will be supported by Fabinho and Naby Keita in the midfield.

Meanwhile, Jurgen Klopp has handed Origi his first start in the team for the first time this year. The Belgium international has fallen behind in Liverpool's attack, but he will start the game due to injury to Robert Firmino. 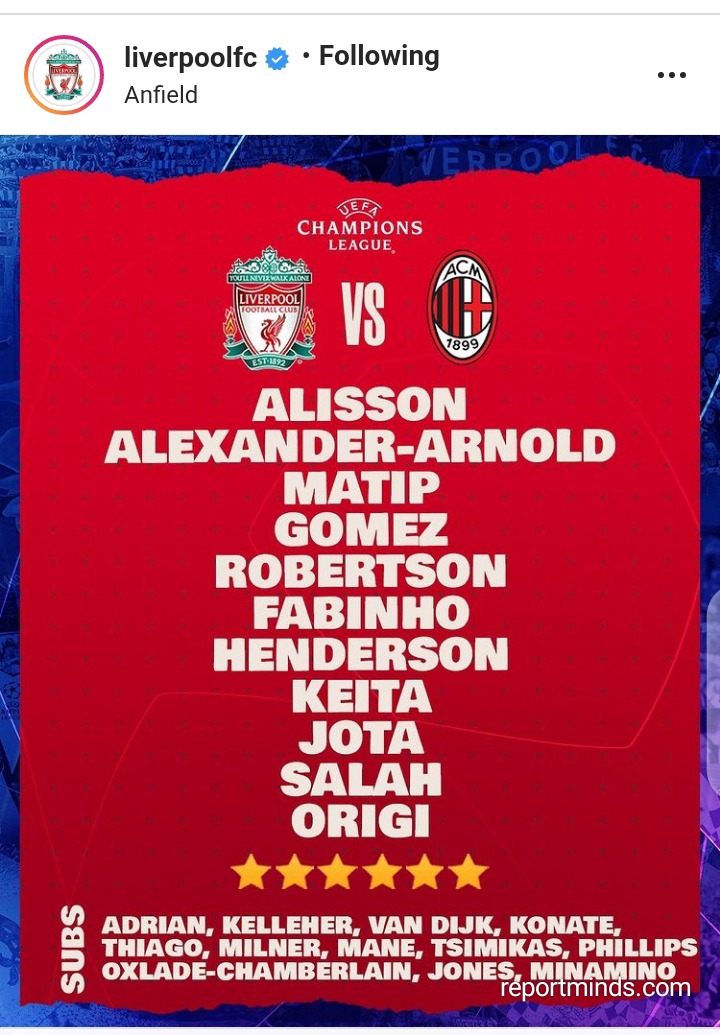 Liverpool will be without Roberto Frinimo due to harmstring injury. The Brazilian wasn't able to recover to from the injury. Also, Harvey Elliott is expected to be out for a long time after he sustained ankle injury against Leeds United last week.

Two Footballers Who Angrily Snubbed Their Manger's Handshake In 2021

Messi was substituted by Pochettino against Lyon due to injury fears