Arsenal youngster Emile Smith Rowe is no doubt one of the best players at Arsenal currently, considering he has been in superb form for the Gunners since the beginning of the season, but what Jamie Carragher, former England and Liverpool defender, said about him is ridiculous in my opinion.

In an attempt to hail the Arsenal academy graduate, who was very superb against Aston Villa on Friday night, Jamie Carragher claims that Smith Rowe is the best player in the Premier League running with the ball.

According to a report on Metro Sports, Jamie Carragher said: "Without a doubt, he will earn England caps. With a wealth of young offensive players, Gareth Southgate has a nice problem." There's no doubt he'll get England caps, but he'll have to wait his turn. I adore this kid and always root for him to succeed. And to watch him with the ball at his feet in full flow. He's the best player in the Premier League running with the ball..." 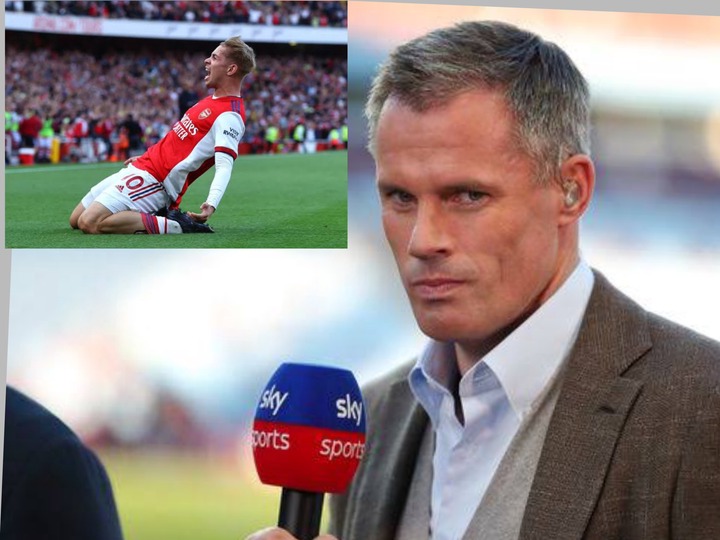 Carragher also said some very truthful things about Smith Rowe, but to claim that Emile Smith Rowe is the best player in the EPL running with the ball on his feet is ridiculous. Don't get me wrong, Emile Smith Rowe is going to be a great player if he continues this trajectory, and to make powerful runs with the ball just like he did against Aston Villa on Friday, but to rate a player as the best in an aspect simply because he had a better day in one game, and was impressive against Aston Villa is indeed ridiculous, and also amusing. 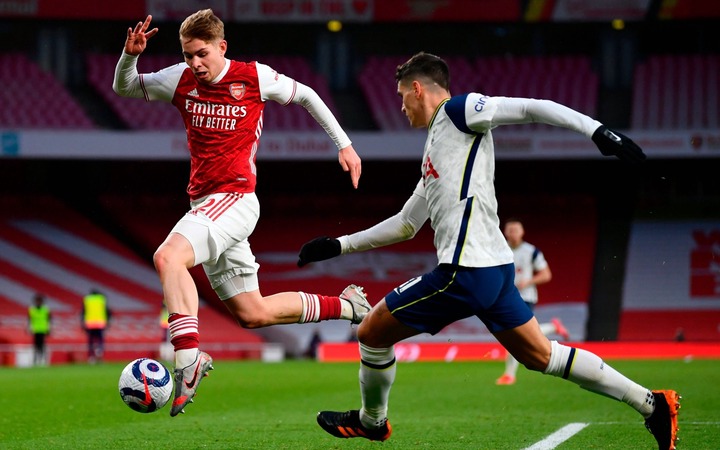 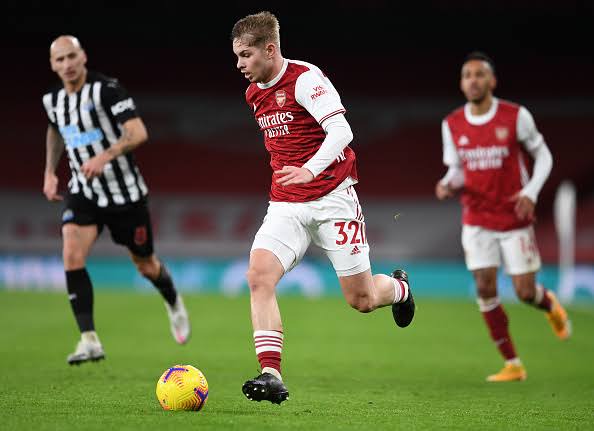 Emile Smith burst forward with the ball on his feets and made amazing runs toward goal, in both images.

When it comes to running with the ball in the Premier League, Smith Rowe is no where close to Mo Salah, Phil Foden, Ngolo Kante, who is known for his speed to burst forward once in a while, Allan Saint Maximin, and even Wolves forward Adama Traore. I could continue with the list, but it's clear for all to see.

I continue to believe that the English media and former players should limit the amount of praise lavished on these young stars, as it eventually becomes more of a burden than a blessing for them. Smith Rowe is great, and will be one of the best in the future, but naming him as the best now in that aspect is ridiculous. He is no where close to being the best at running with the ball on his feet.

Do you also share the same sentiments that Smith Rowe is the best player when it comes to bursting forward and running with the ball? Please leave a comment below.