By Imjohn (self media writer) | 8 months ago

Timo Werner is a German professional footballer who plays as a forward for Premier League club Chelsea and the Germany national team. 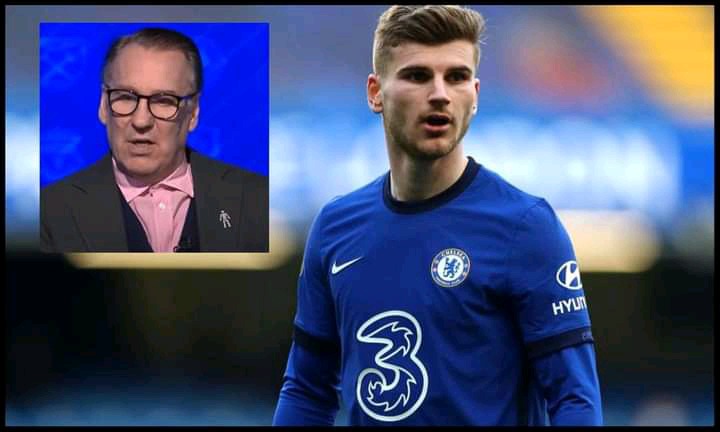 Timo Werner scored the opening goal as Chelsea crashed Real Madrid out of the 2020/2021 UEFA champions league semi final at the Stamford Bridge Stadium. Timo Werner scored after Kai Havertz's was denied by the crossbar and the ball bounced back to Timo Werner which he headed in freely.

Paul Merson has urged Thomas Tuchel to drop Timo Werner for Chelsea's UCL final against Manchester City, he said, "Timo Werner scored a big goal for Chelsea against Real Madrid. But he shouldn't play in the Champions League final".

Paul Merson has chosen Christain Pulisic over the German striker in the front of goal. Pulisic needs to start more often ahead of Timo Werner.

"Christain Pulisic should start against Manchester City- because he is a better finisher. He can beat two or three players and he's better in front of goal than Werner." Paul Merson concluded.

Just like Christain Pulisic said "I have got to prove myself over and over" on him not starting the second leg of the semi final.