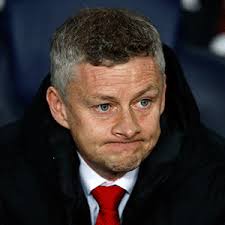 Many years ago I did a very foolish thing as a little boy. I got a lot of tadpoles and kept them in a container and I poured in water. I fed those tadpoles and did my best to grow them into fishes. But do you know what happened? They grew to become toads!

Some respect has to be paid to Ole Gunnar Solskjaer because he has done great things for Manchester United. But coaching isn't a job every ex-footballer can do. Ole simply does not have what a team like Manchester United needs in a manager.

Firstly, the Premiership is tougher than it has ever been. Chelsea is strong and still growing stronger. Manchester City are going as strong as ever before. Liverpool are blowing everyone away. Newcastle are set to rise with the billions from Saudi Arabia. This is no time for experiments. Manchester United need to engage the very best.

What is more? The records show that clubs who have very little patience with failure find success. This was true for Manchester City, Chelsea and yes Real Madrid. You've got to win titles to keep your job in an elite club like Manchester United. Ole is not doing that!

Secondly, his team selection is always suspect. He doesn't have what it takes to shake his team out of their lethargy if need be. He doesn't command confidence. He is just a run-of-the-mill kind of manager.

Someone may argue that it's the fault of the boys. So they said about Lampard in Chelsea until Thomas Tuchel replaced him and see how the team changed!

The value of a competent coach to a club is invaluable. Ole Gunnar Solskjaer hasn't proven himself anywhere and there is no reason why Manchester United should keep holding on to him. Paul Pogba is looking like he will leave for Real Madrid. Donnie Va De Beek is pushing to leave and you can bet on the fact that Ronaldo will leave if things don't change.

Under a good coach, average players become excellent but under an average manager, excellent players become average. Lukaku struggled under Ole but thrived in Inter Milan. Van De Beek was excellent in Ajax but ordinary under Ole. Lingard struggles under Ole. Sancho who was sensational for Borusia Dortmund and England has become a ghost of himself in Man United.