By Harfoofficial (self meida writer) | 28 days 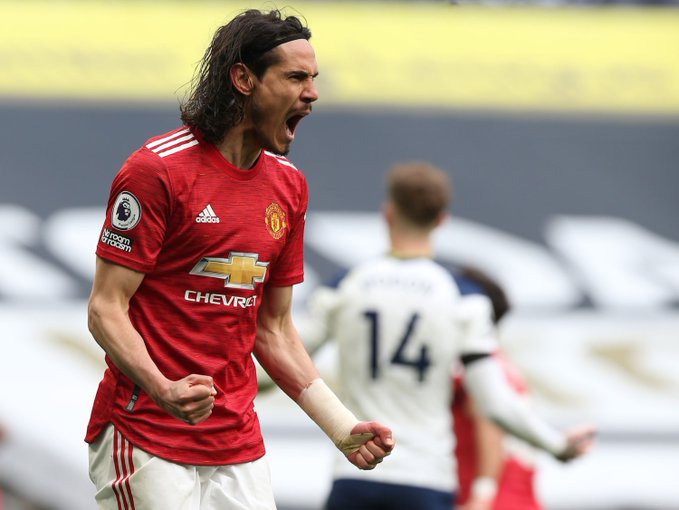 The visitor in the game were not relentless as they came from behind to defeat the Jose Mourinho's side three goals to one at full time.

The Uruguayan forward has been phenomenal since his move to the Theatre of Dreams with his top notch performance for the Red Devils across all competitions, which earned him a role in the starting XI for the visiting team in the four goals thriller. 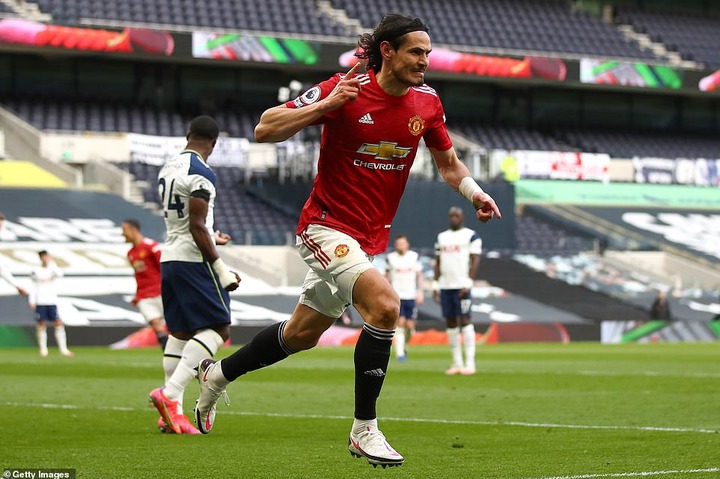 The host netted the only goal that separated the two sides at half time, with Heung-min Son the goal scorer that put the host ahead going into the half time break.

The visitor in the second half netted three unreplied goals with Fred scoring the equaliser, Edinson Cavani with the second and substitute Mason Greenwood with the third to sealed the deserved victory for the visiting team.

Edinson Cavani has been spectacular this season for the Red Devils as he yet again justified his importance in United squad with a superb flying header. 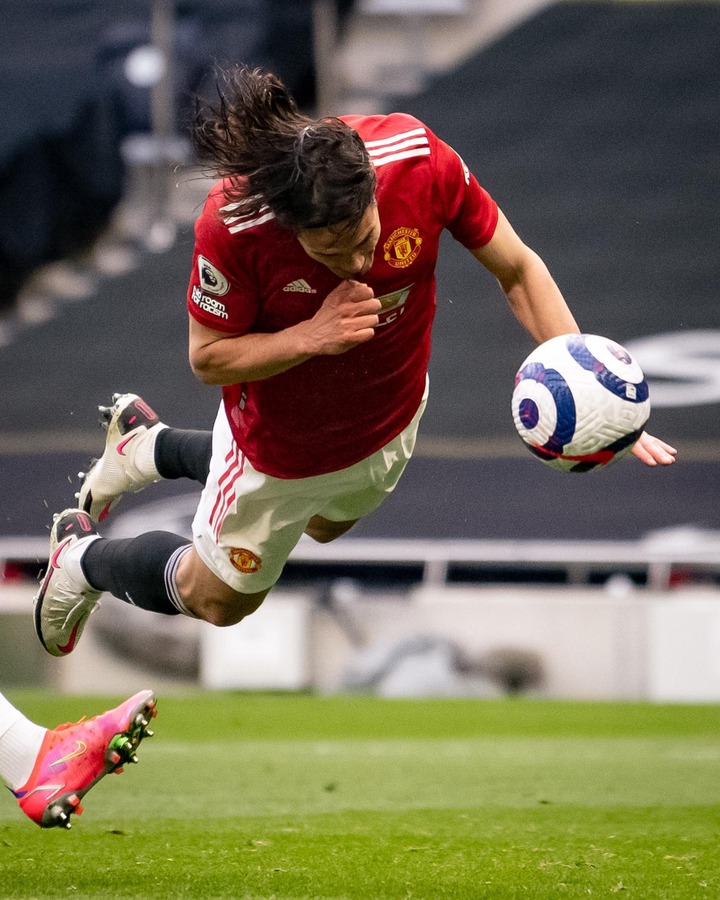 Cavani with his brilliant run of form been on target for the Red Devils now has ten attacking returns for the season, eight of which have come away from home.

The former Napoli football club of Italy star with his superb header has now became the second outright player with the most headed goal in the premier league this season.

Cavani alongside Kurt Zouma of Chelsea and Harry Kane of Tottenham Hotspur prior their game with Spurs all have four headed goals this season as the second joint-most, with Everton's Dominic Calvert Lewin having more than the trio (6). 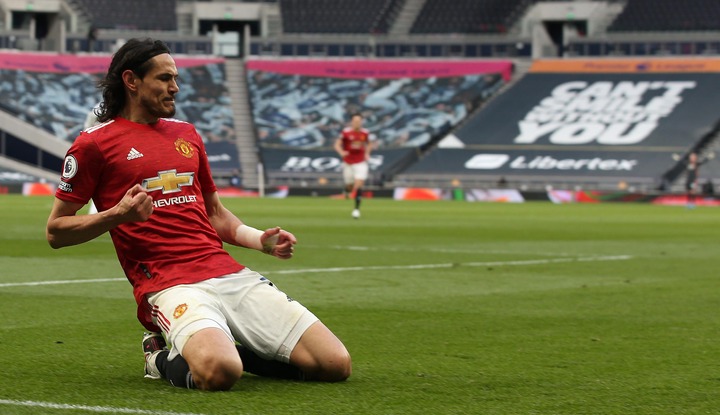 Five of Edinson Cavani's seven premier league goals for Manchester United have been headed; indeed, only Dominic Calvert Lewin has scored more headed goals in this season's competition (six) than the Uruguayan. 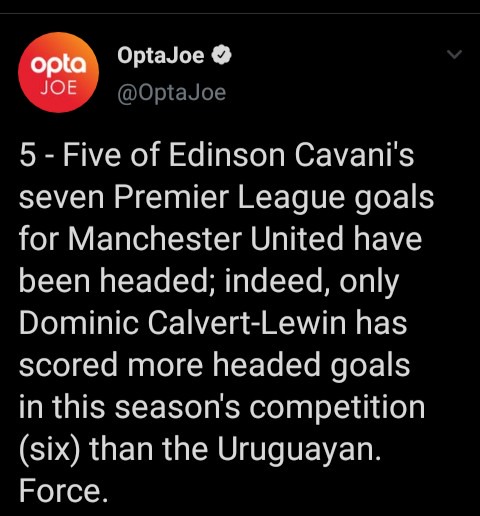 Manchester United with their win of the day now sit at the 2nd spot on the table with 63 points, and are now just 11 points behind league leader and City rival, Manchester City with 74 points in 32 games played.

United will then be hoping that they keep their winning streak going till the end of the season to know their fate in the battle for the title race.