Osimhen tipped to lead Napoli back to Champions League

By yemiyatch (self media writer) | 1 year ago 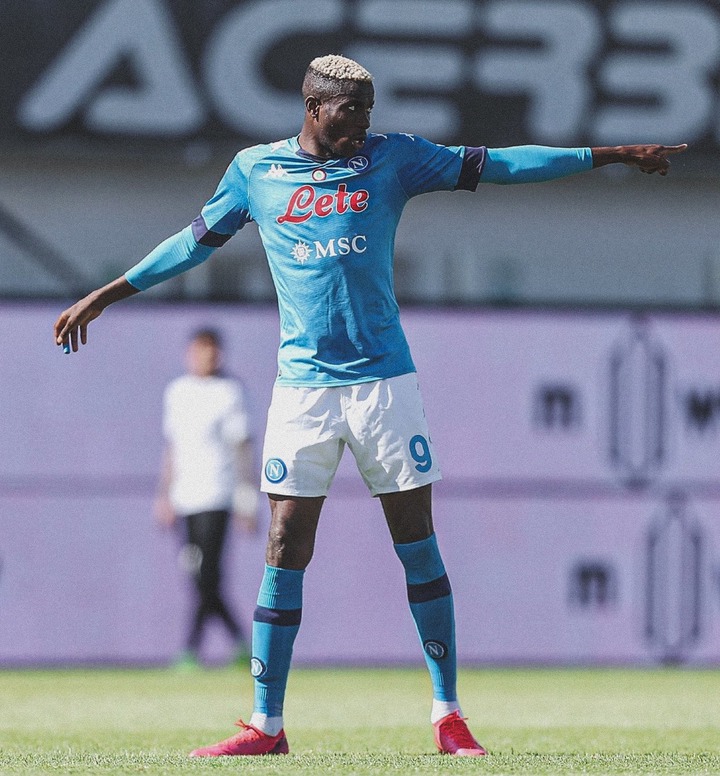 Victor Osimhen has been tipped to lead Napoli back to playing in the UEFA Champions League come the conclusion of the 2021-22 Serie A season which starts later this month.

Having missed out on Champions League football for two years on the trot, a return for Napoli to Europe’s elite competition will make the imminent season a massive success.

And according to Goal, Osimhen can help the Partenopei to achieve their aim which is to make a return to the UCL particularly after the breath-taking pre-season he has had.

Osimhen certainly appears to be ready for the new Serie A season which starts on August 22 after the Nigerian ace made it seven goals in three pre-season games last weekend.

The 22-year-old was totally unplayable and also unstoppable as he scored a brace to help Napoli destroy the 'almighty' Bayern Munich 3-0 in a friendly meeting last Saturday.

As a result of his form, Goal wrote: "Definitely, Osimhen will score more goals to begin to silence doubters who similarly raised eyebrows at his astronomical transfer fee.

"Having missed out on Champions League football for two years on the spin, a return to Europe’s elite competition will make the imminent season a success for the Partenopei.

"On the other hand, another run-of-the-mill campaign, especially if fans return to the Diego Armando Maradona Stadium, heaps unwanted pressure on the Nigerian super-striker."

Content created and supplied by: yemiyatch (via Opera News )