The anticipated match between Manchester United and Chelsea has just ended and reactions are coming in on the social media.

However, since Manchester United lost to Chelsea, fans have been dropping comments as they all said they were highly disappointed in the team.

They majorly put all the blames on De Gea, who is the goalkeeper, and Maguire, who committed an own goal.

Manchester United lost 3 to 1 to Chelsea after the full time. 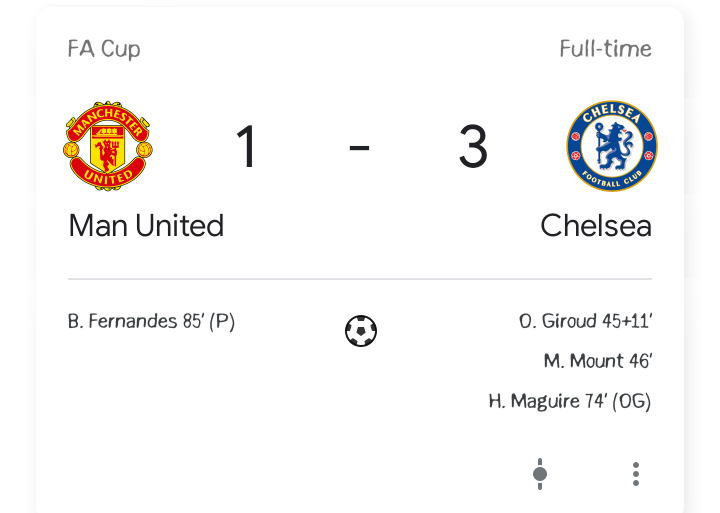 Below are the comments made: "De Gea USED to be my role model. Not anymore. I stan Jan Oblak."

"Our worst game of 2020 by a mile. Created absolutely nothing going forward, TWO De Gea howlers and about 10 injury scares. Nothing wrong with the starting XI from Ole, just shows we can’t cope with any changes to the our strongest team. Crashing out of the cup with embarrassment."

"Should've started Ighalo ahead of James who offered nothing yet again. How can Ole watch Chelsea struggle against physical strikers and think not to start ighalo? Baffling decision. Wan bissaka should've been rested too. The team needs to learn to pass quicker."

- De Gea a shadow of his former self with 2 howlers

"Poor selection from Ole but can’t blame him for De Geas first mistake which set the downfall in motion. We get to HT with 0-0 and its a different game."

"#CFC through to their third #FACup final in four years. Surprisingly easy and #MUFC flattered by final score. There will be talk of De Gea’s mistakes and shorter rest Man Utd had, but Lampard got his tactics spot on and outwitted Solskjaer this time.#MUNCHE"

"De gea has saved us from losing tons of matches for the past few years but his last 2 seasons have been full of mistakes. Dean Henderson should be given his chance. Young, full of talents and huge #MUFC fan.

Give him his chance. 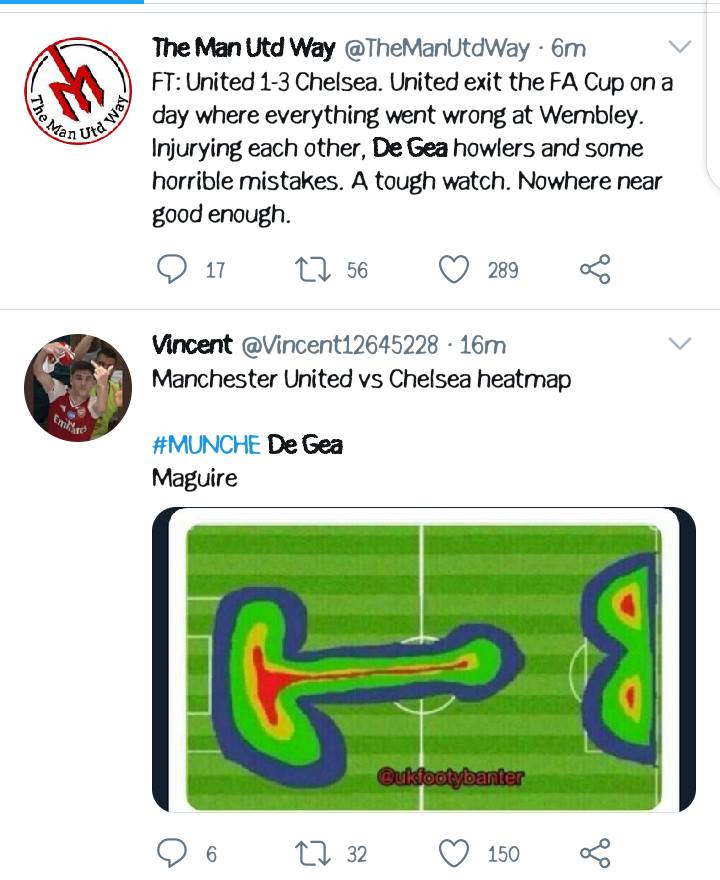 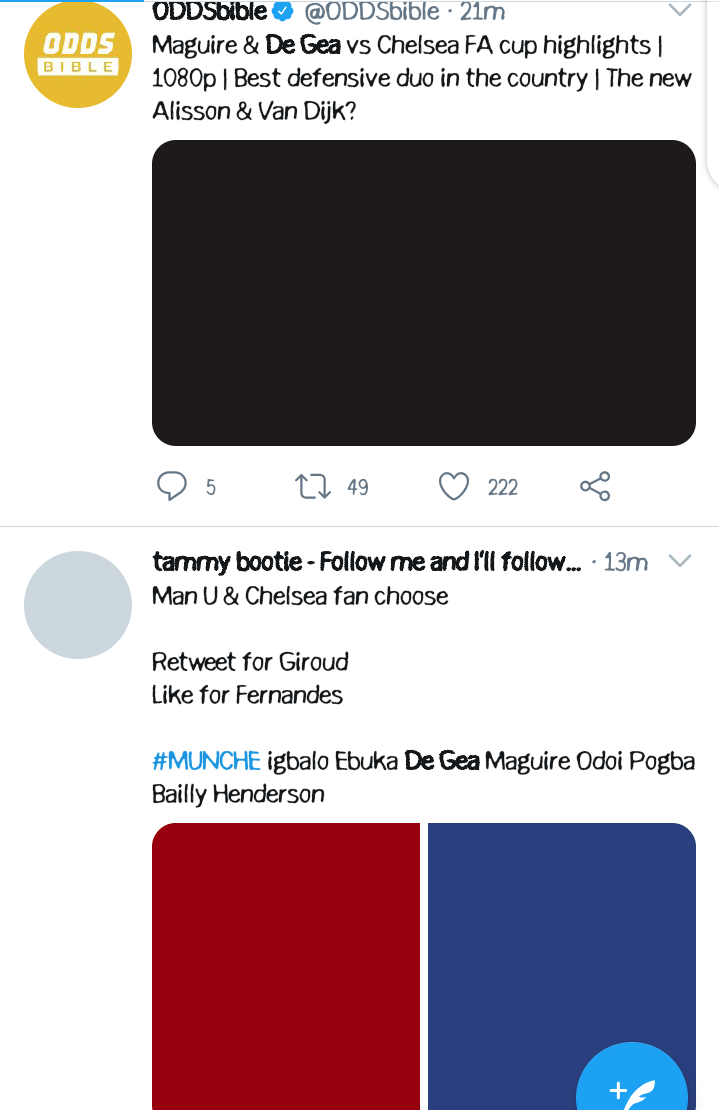 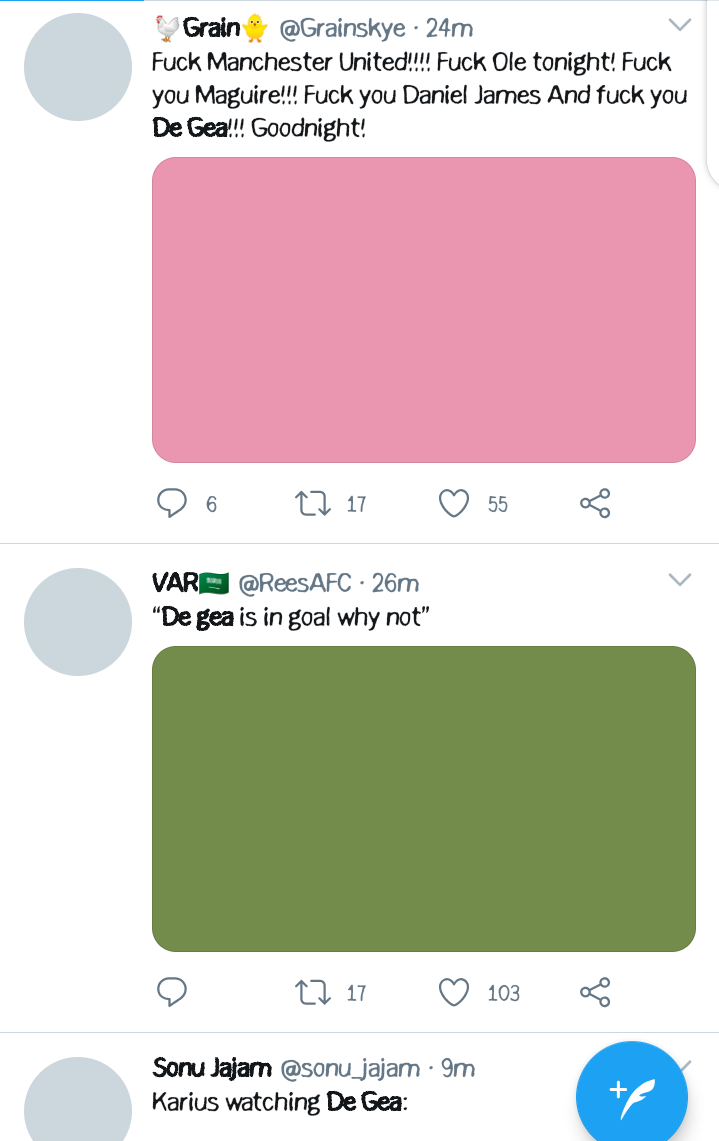 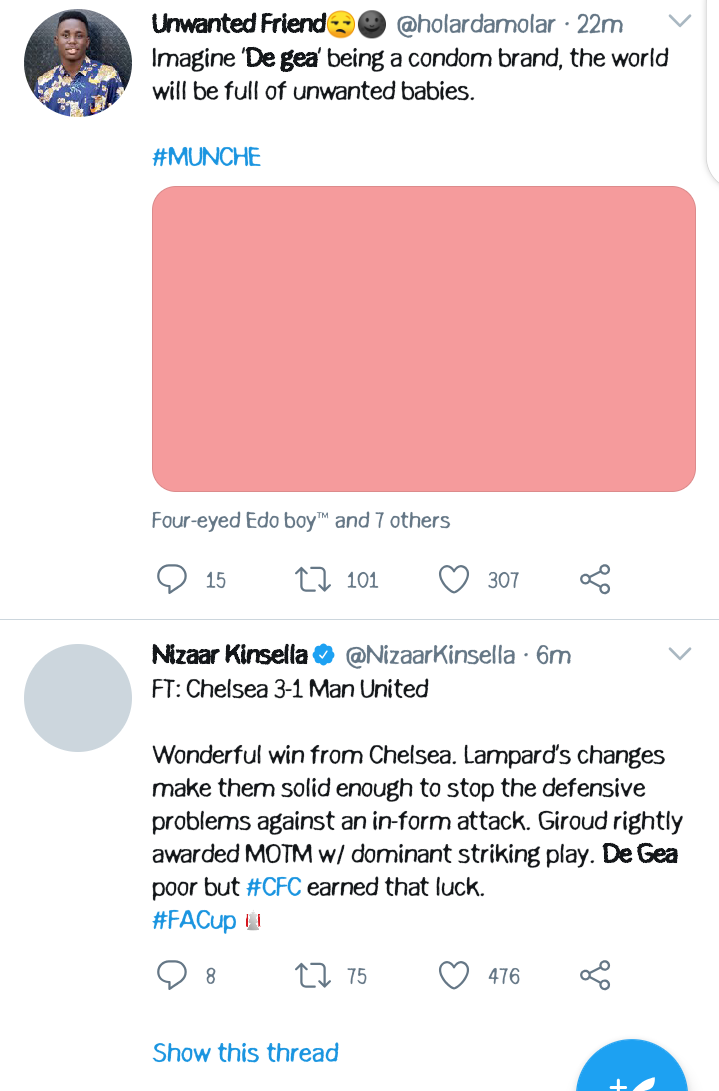 Do you think Manchester United was overhyped?