Opinion: Barcelona Wouldn't Have Won The Copa Del Re If VAR Did Not Make These 2 Errors In The Game

By Societyhub1 (self meida writer) | 18 days

It's official, Barcelona wins the 2020/2021 Copa Dey Rey title after thrashing Athletic Bilbao 4-0 last night. Last night's Copa Dey Rey victory was Barcelona 92nd trophies in all competitions since the existence of the club. The Catalonia club ended their two years trophyless season to clinch the Copa Dey Rey title and still has the Spanish Laliga title to play for. 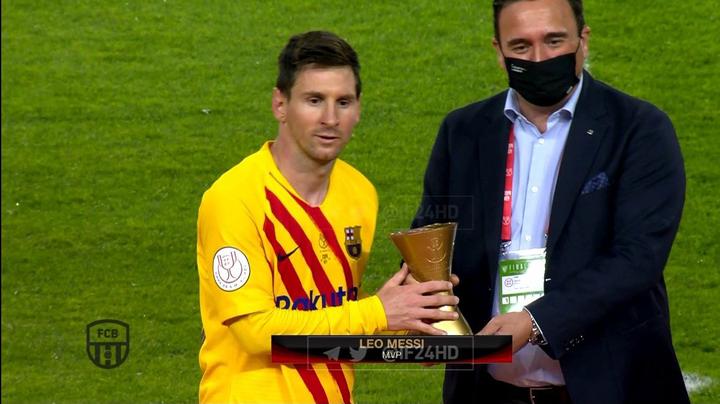 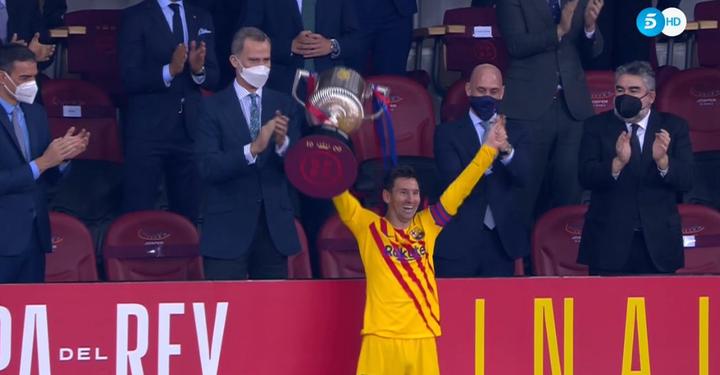 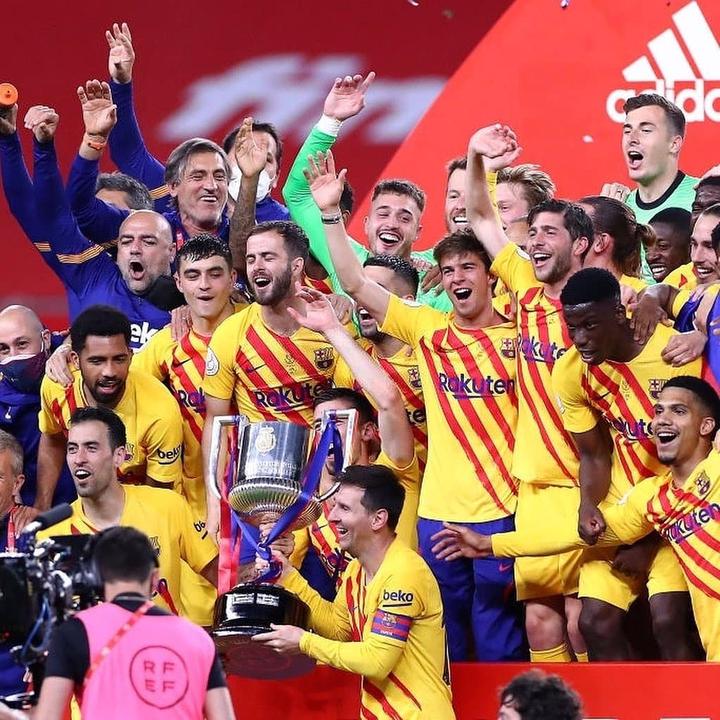 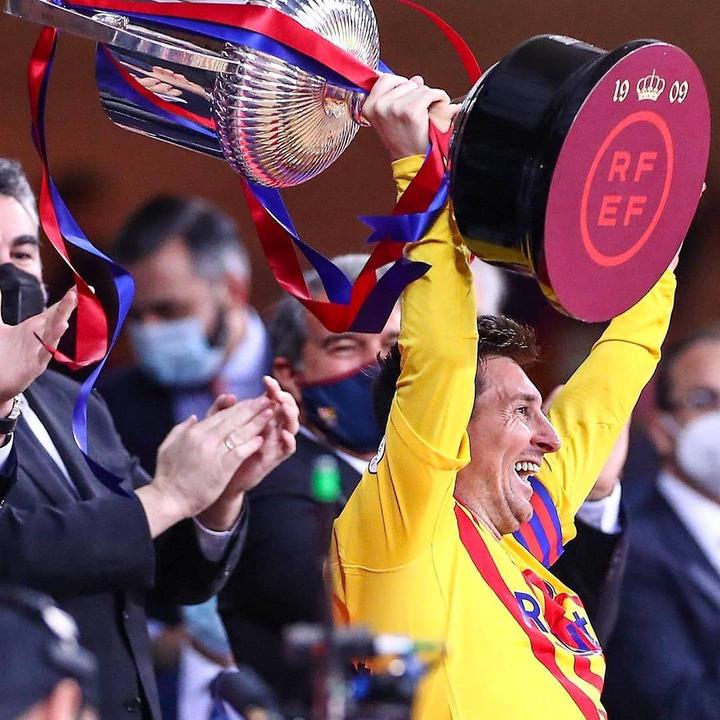 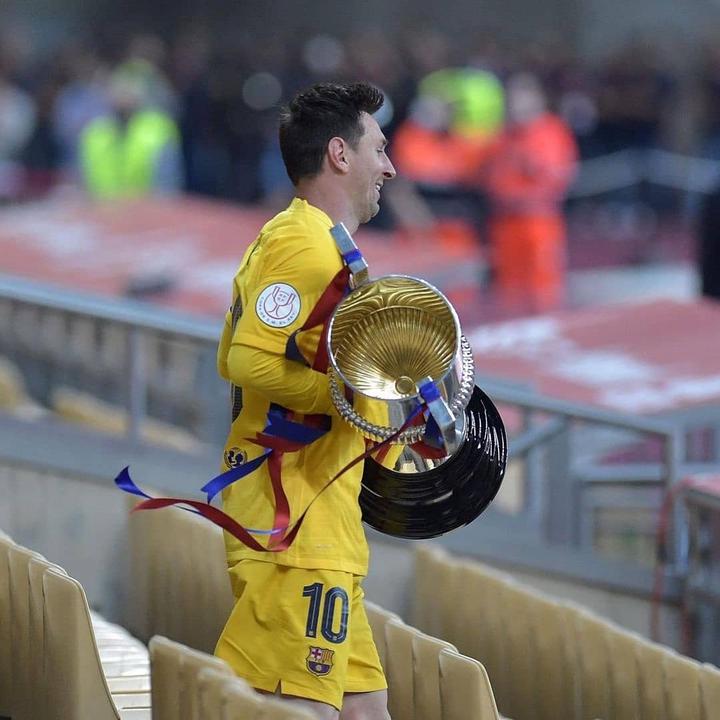 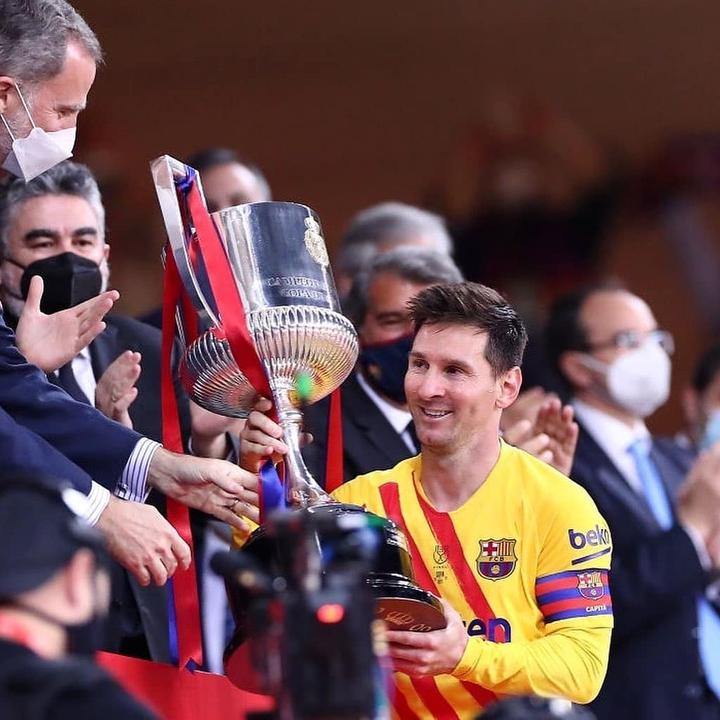 My specials congrats goes to Ronald Koeman for winning his first trophy in his managerial career, finally, you made and I believe if you work even harder you may reach the legendary Zinedine Zidane level. 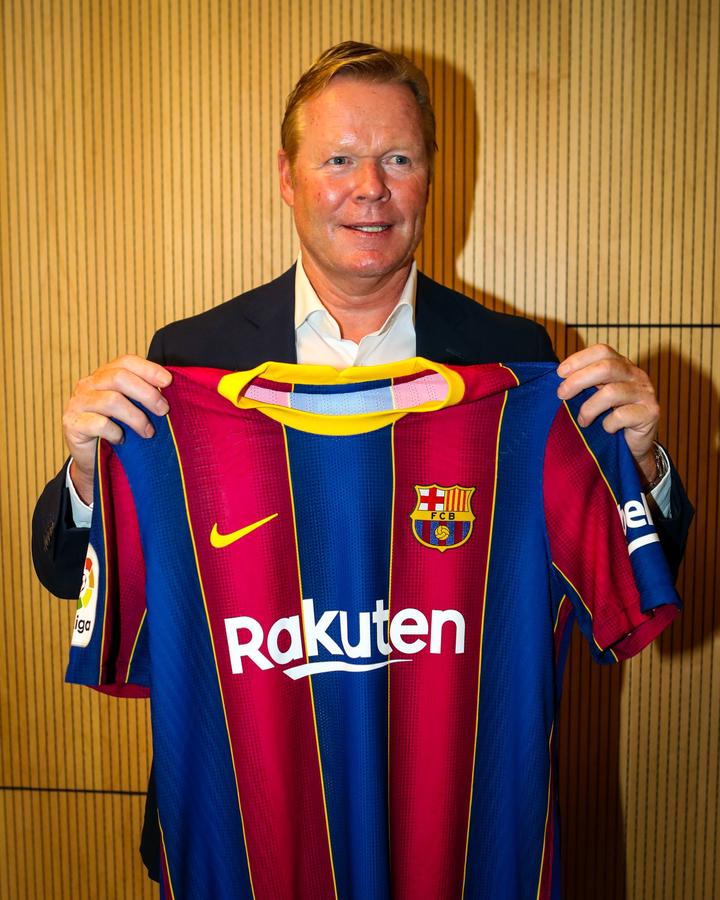 Barcelona has won the Copa Dey Rey at the expense of Athletic Bilbao who deserved the win and Bilbao only VAR to blame for their loss. One thing is certain, VAR inconsistency and errors played into Barcelona favour and that was why they were able to win.

If you watched the game as I did you would have discovered the VAR inconsistency and errors that I'm talking about. The game was very tough, tensed and physical with both teams matching each other in a heated battle. It was even Athletic Bilbao that played well in the first half and was the better team in the first half and could have easily won the game if VAR did what they are paid to do, by spotting and correcting errors.

The Video Assistant Referee and centre Referee played a big role in Barcelona's win yesterday and I believed that was the reason they were able to win the game. 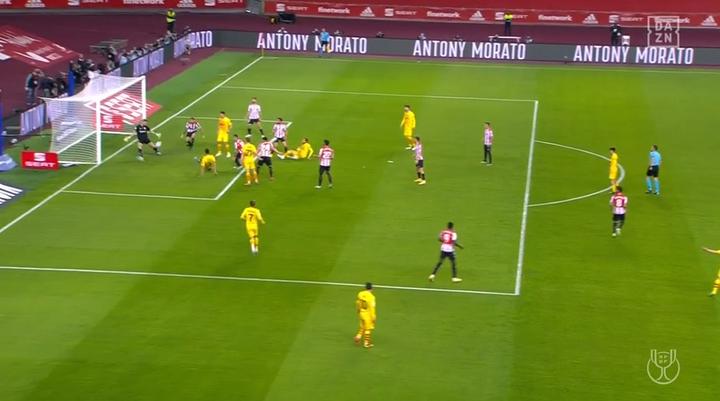 Let's take for instance in the game, there was an incident where Sergio Busquets kept his leg high and kicked Bilbao's player and should have been shown a straight red but shockingly not even a yellow card was shown to him

Looking at the incident, Sergio Busquet was very aggressive toward Bilbao's player and both referee and VAR didn't see the incident enough for a red card. It is important to note that several football players have received Red cards for similar tackles and even softer ones than Sergio Busquet's own. 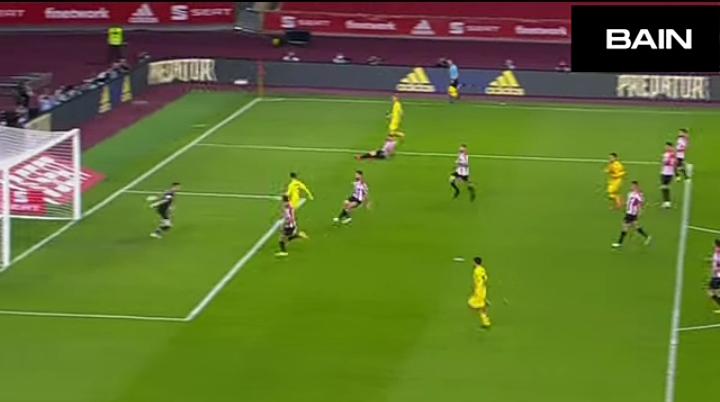 After VAR refused to send Sergio Busquet off which could have changed the game in favour of Athletic Bilbao, Barcelona got lucky again as their goal which was clear offside was awarded.

Barcelona came alive in the second half of the game after struggling in the first half, Antonio Griezmann scored an Offside goal, the VAR checked and awarded the goal to Barcelona.

From the picture, you agree with me that Antonio Griezmann was ahead before the ball was given to him and it's a surprise that VAR decided to award the goal despite the angles showing Griezmann being in an offside position. 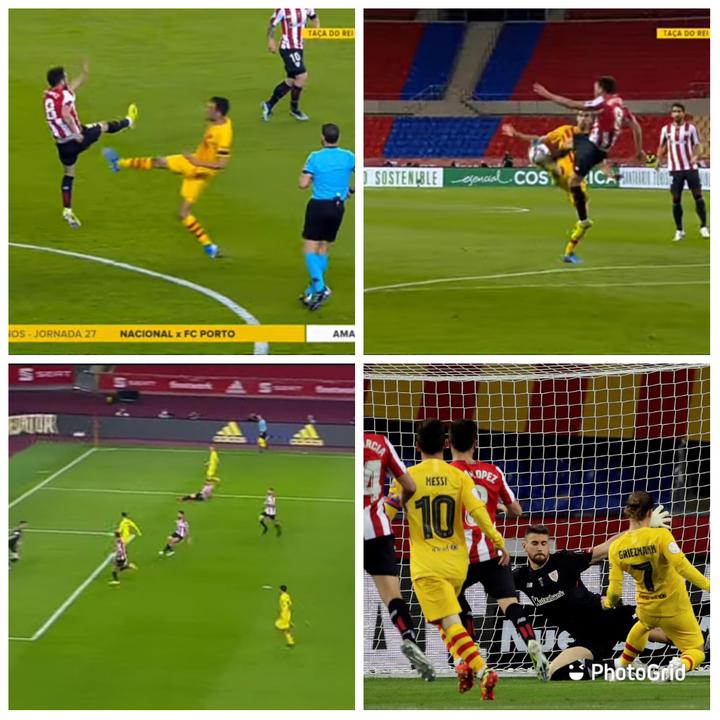 I know Barcelona fans are celebrating the victory while neglecting the mistakes committed by VAR and if the decision was against Barcelona, the social media would have been on fire by now.

It should be noted that Barcelona wouldn't have won if Sergio Busquets was sent off and Antonio Griezmann cancelled and that's is the truth of the whole story.

Well, that's is only my opinion toward the game as a Real Madrid fan but in the end the referee decision is final and Barcelona have won.