Gameweek 36: Premier League Team Of The Week - A Team Dominated The XI

This the team of week is selected after the Gameweek 36 last game, which was played yesterday night (West Ham United 3 - 1 Watford).

The purpose of the selection of team of the week, is to identify the best players in different positions, after all the English premier league teams have played the same number of games.

Below are the selected players for the team of the week (Gameweek 36).

Goalkeeper: The goalkeeper is selected base on the number of saves he made and most especially a clean sheet.

De Gea: Out of the three goalkeepers that kept a clean sheet, David de Gea had the most numbers of saves (5), which was against Crystal palace.

Defense: The center back defenders are selected base on how they help their goalkeepers to keep a clean sheet

Jonny Evans: Evans defended well and helped his side to keep a clean sheet against Sheffield united.

Harry Maguire: Maguire was a rock at Manchester united defense, that helped his team mates to keep a clean sheet against Crystal palace.

Wan-Bissaka: Wan-Bissaka slowly get back to his form against his formal club Crystal palace and helped his team mates to keep a clean sheet.

Benjamin Mendy: One of the best Left-back in the English premier league, he was also helpful in the win for Manchester city against the determined Bournemouth.

Midfielders: The midfielders are selected base on the way they linked up with both the defenders and the strikers.

Wilfred Ndidi: Ndidi was everywhere for Leicester city, in their win over Sheffield united.

Strikers: The strikers are selected base on the number of goals they scored and base on the way they helped their teams to win against their opponents.

Alexandre Lacazette: Lacazette was the main man, that helped Arsenal to claim the victory over the current premier league champions, (Liverpool), with a goal and an assist.

Marcus Rashford: Rashford helped Manchester united to extend their unbeaten run to 19 games, with a goal and an assist against Crystal palace.

The team that dominated the Gameweek 36 is Manchester united, because of the five (5) brilliant players that was featured in the XI. And they are: David De Gea, Aaron Wan-Bissaka, Harry Maguire, Bruno Fernandes & Marcus Rashford, 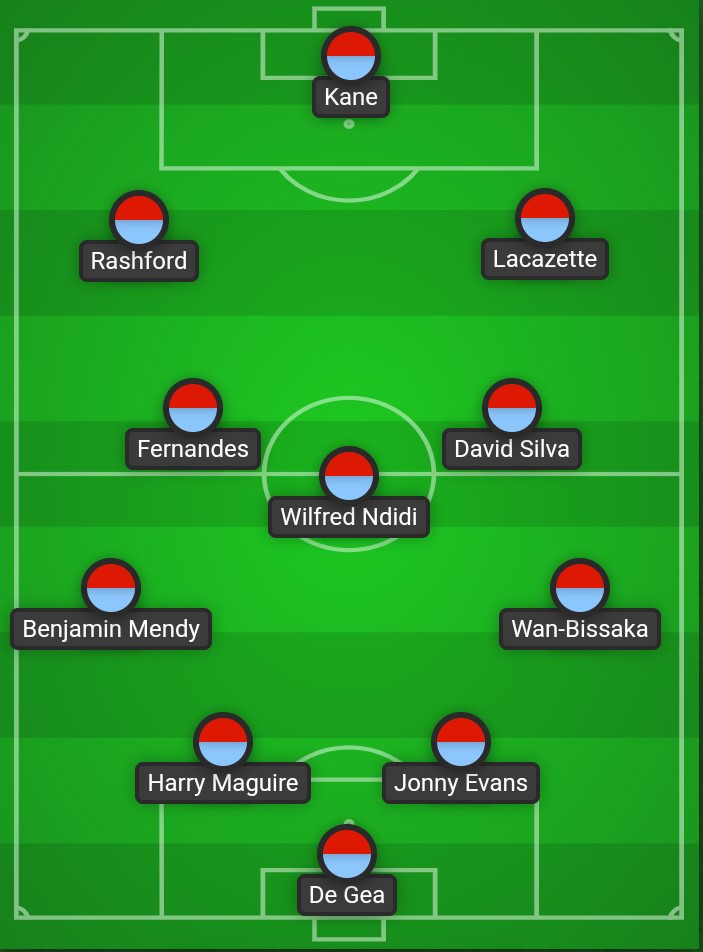