By SportsBanger (self media writer) | 1 year ago 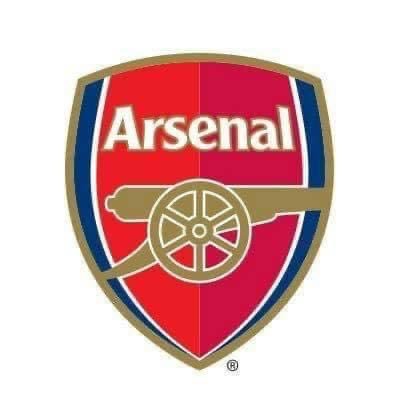 The sensation after Arsenal's last match against Manchester City FC was positive due to the brace Aubameyang had which ended the match on a 2-0 count. This sensation was extended to the club's official Twitter handle and opinions were shared regarding the team's last match. 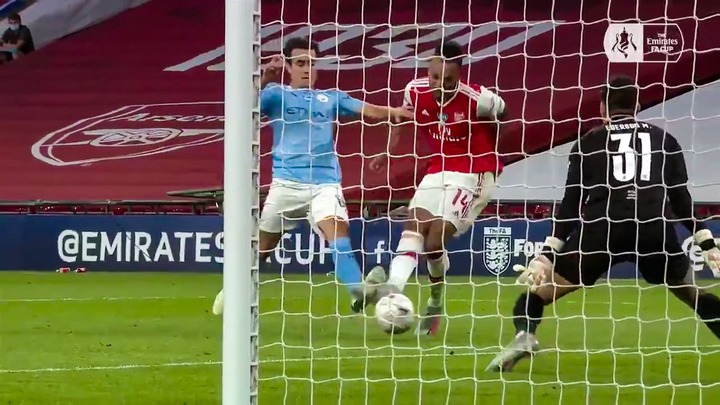 The club had a massive win against the Merseyside Blue and each Player's performances were rated. Controversial David Luiz was on an interview where he made statements which touched the hearts of the club's and garnered responses from them. According to David Luiz:

"A lot of criticism on me, no? You can say that. It's part of football. I understood during my career that football is about survival." 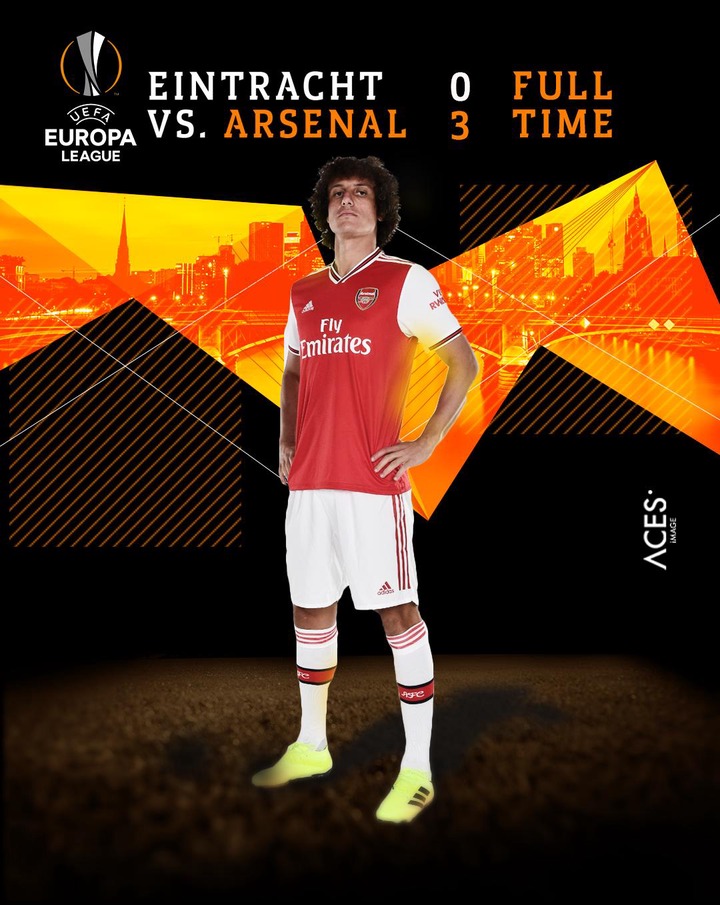 Comments which were in response to his statements holds that his stay in the club should be extended and no longer cut short as speculated in the past. 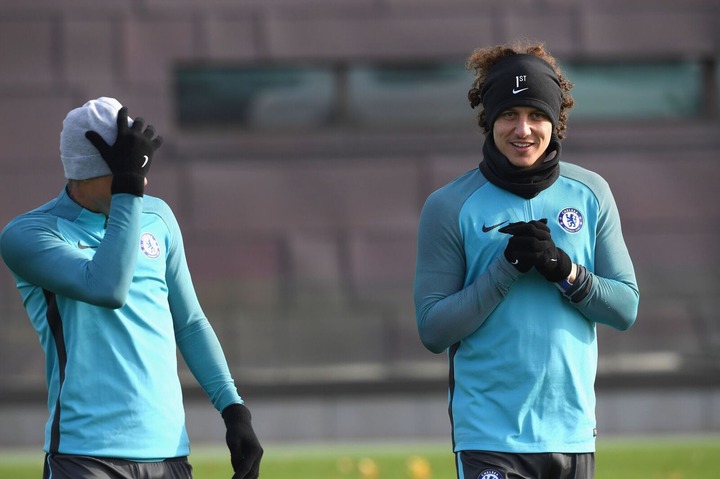 One of those who commented said, "Many people forget that he is actually a Centre Midfielder that had go from Right Wing Back to Right Back and now to Left-Wing Back done superb against Mahrez and Walker. We gotta keep him."

Other comments are shared in pictorial form below: 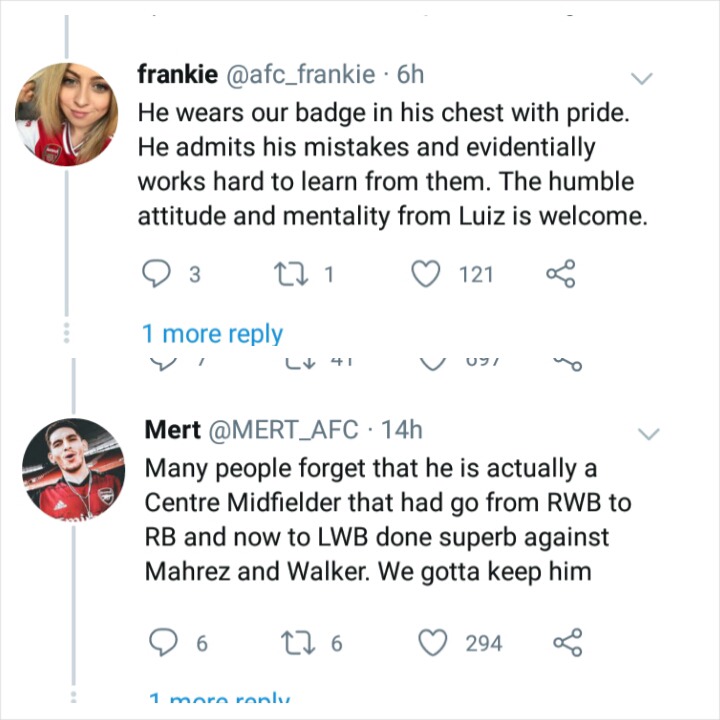 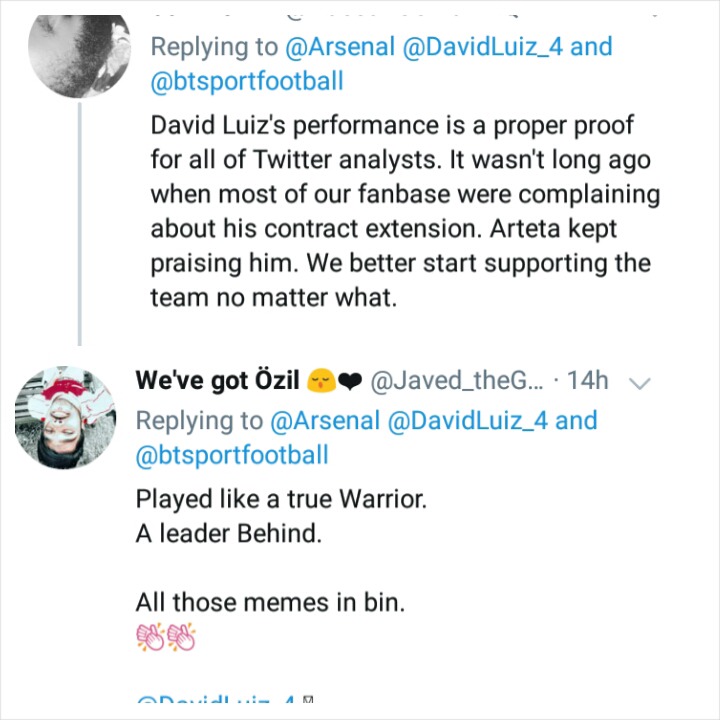 Guys, Should His Stay Be Extended?