By Goldennews247 (self media writer) | 4 months ago 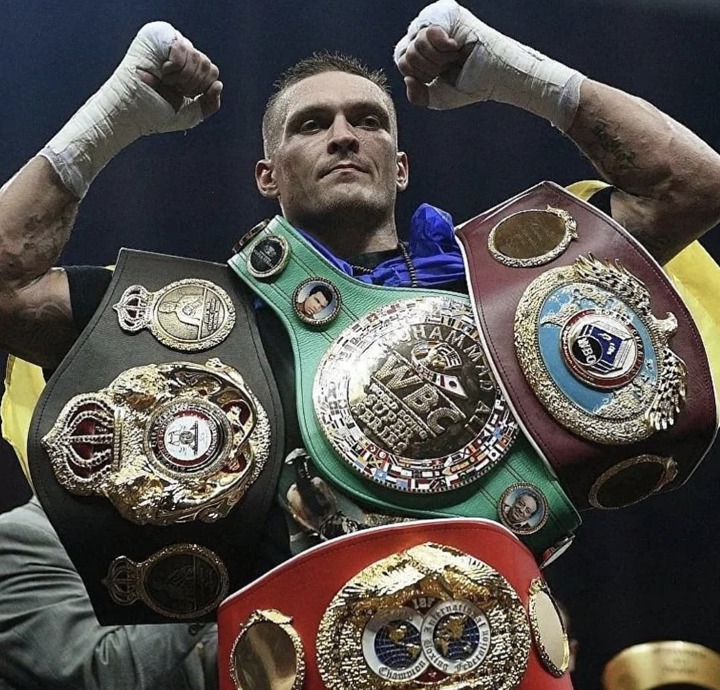 After conquering the cruiserweight division, the undefeated Ukrainian upset the odds that were heavily in Joshua's favor and now has Joshua's IBF, WBO, and WBA heavyweight championships.

Usyk was awarded the victory after defeating Joshua with a well-thought-out game plan that caught Joshua off guard. The judges scored the fight 117-112, 116-112, and 115-113 in favor of Usyk. Meanwhile, Joshua will be battling to recover from his second career defeat. In June of this year, he suffered his first defeat, a surprise stoppage loss to Andy Ruiz Jr, but he won the rematch six months later.

The big difference now is that, unlike the ill-disciplined and under-conditioned Ruiz Jr, Usyk has the ability and determination to keep his new titles for a far longer amount of time.

The 34-year-old is a supreme and hardened champion who, on his way to finally reaching the pinnacle of heavyweight boxing, had won difficult fights in hostile environments ranging from Riga to Moscow to Manchester – and now the Tottenham Hotspur Stadium in London, where the vanquished Joshua's vast army of supporters were stunned by the emergence of a new heavyweight king.

Content created and supplied by: Goldennews247 (via Opera News )