The video assistant referee took a penalty decision that favored Chelsea, but affected Malmö during the game. The visitors were thrashed by the blues by 4:0 at Stamford bridge on Wednesday night. 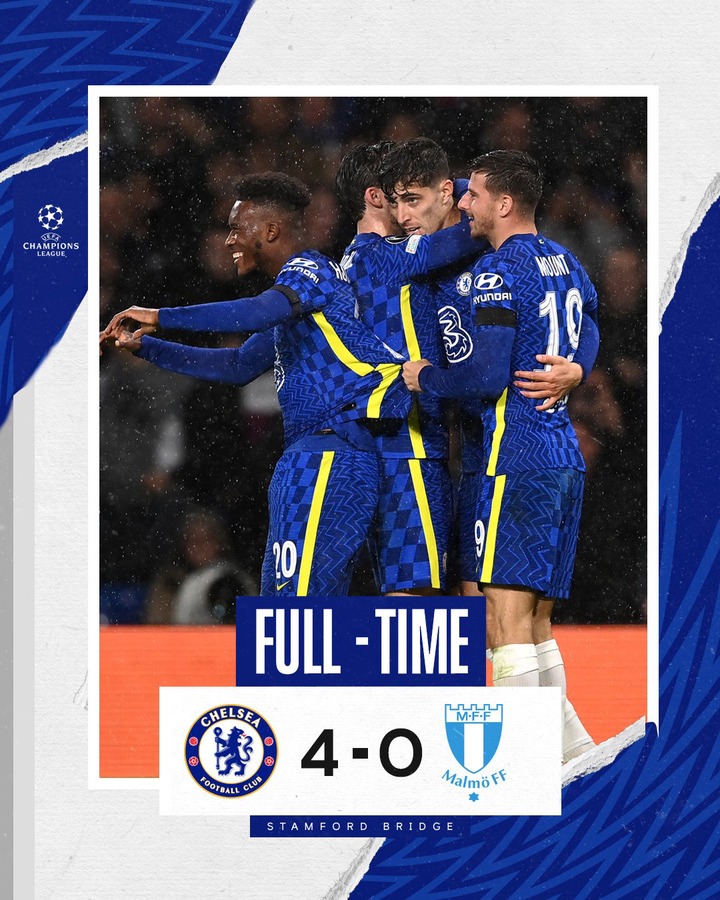 The blues defeated their visitors through goals scored by Jorginho, Kia Havertz and Andreas Christensen. It was an interesting match with a lot of good moments from both teams.

Thomas Tuchel was forced to substitute Romelu Lukaku and Timo Werner off. The both strikers sustained an injury during the first half of the game. 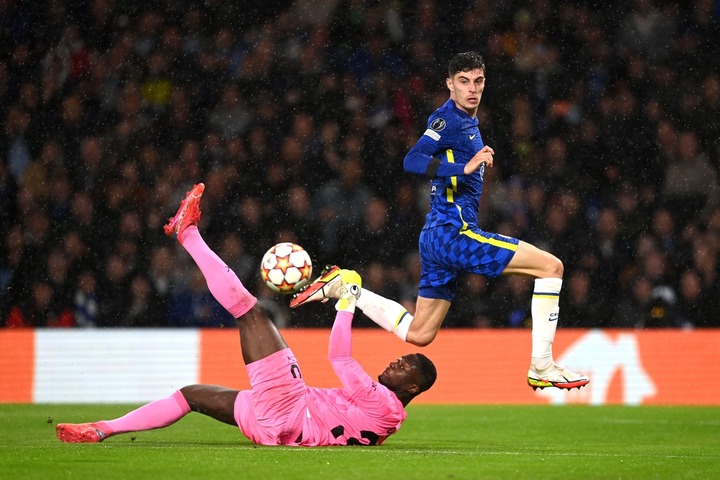 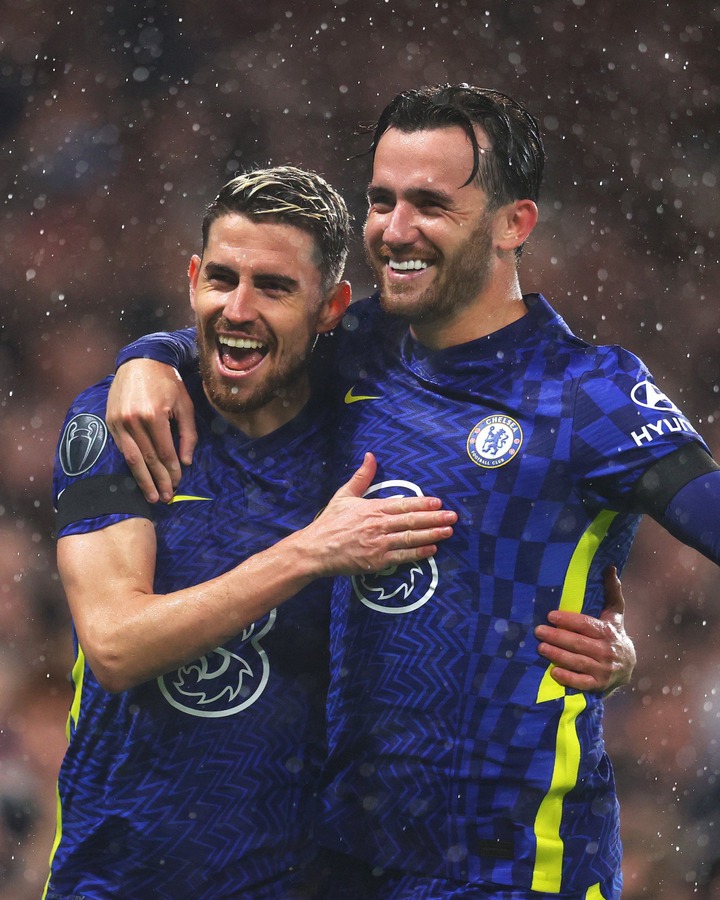 Chelsea took an early lead through a powerful shot played by Andreas Christensen. Jorginho scored the second goal and the fourth goal through penalties after Romelu Lukaku and Antonio Rudiger was brought down inside the box. Kia Havertz scored the third after he replaced injured Romelu Lukaku.

Thomas Tuchel and his boys performed very well during the match. Their relentless efforts yielded a positive result against the visitors, but the center referee took some penalty decisions which affected the visitors. 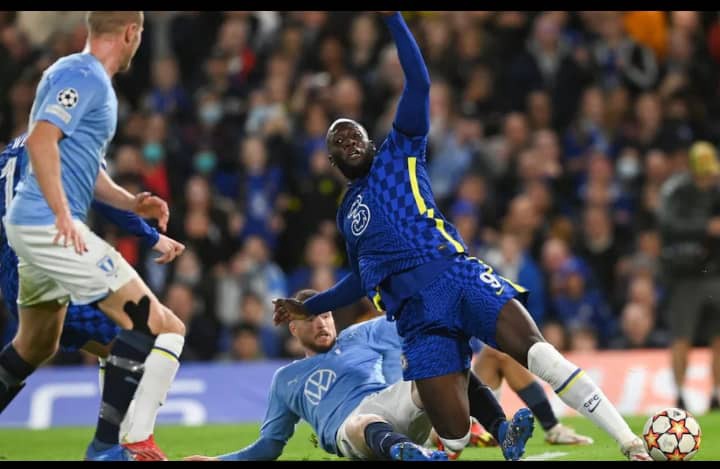 The first penalty awarded to Chelsea was when Romelu Lukaku was tackled inside the box. The defender denied the striker from scoring a goal which later resulted in a penalty. The center referee made the right call by awarding that penalty to Chelsea.

The softest penalty that was awarded to Chelsea was when Antonio Rudiger missed a clear goal scoring opportunity by falling down after he came in contact with the Malmö defender. 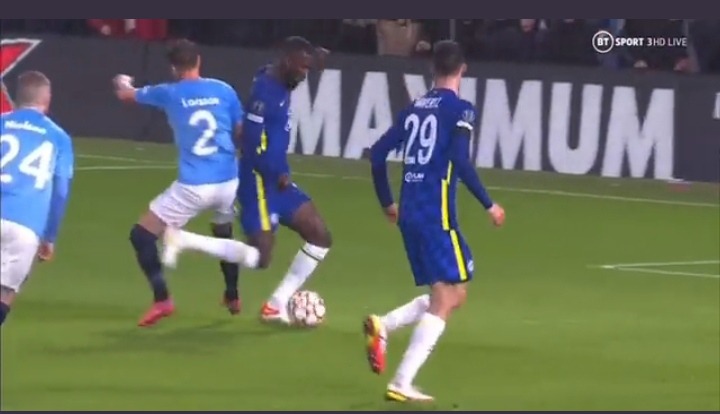 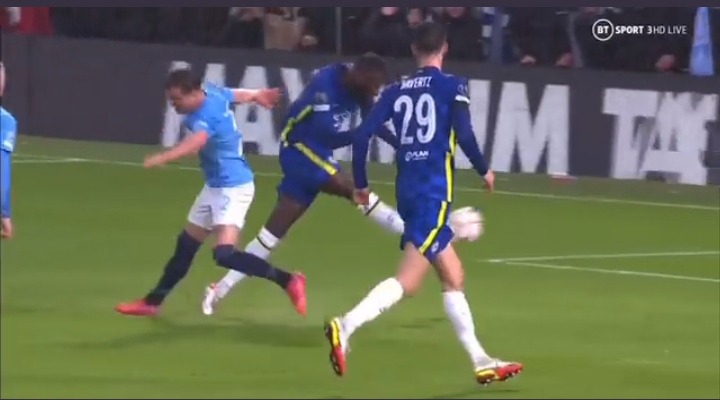 There was a body contact between the two defenders, but it wasn't enough for the center referee to award a penalty to Chelsea. Antonio Rudiger clearly missed the goal scoring opportunity. The center referee was not supposed to award such soft penalty to teams in a competitive match like UEFA Champions League. 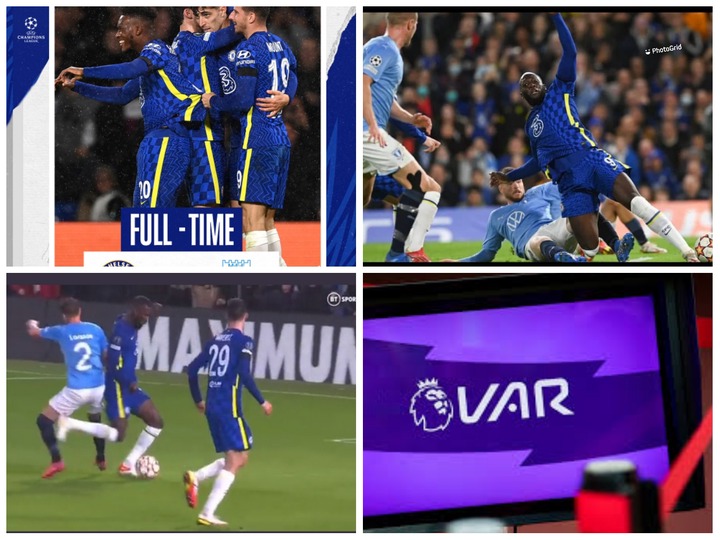