Manchester United has to turn their attention to the summer transfer window having left their business until late in January.

The Red Devils signed in Bruno Fernandes and Odion Ighalo in the final days of the winter window but are still anticipated to be active in the summer as they aim to restore their former glories.

Here, Sports Mole rounds up the latest news on possible arrivals and goings from Old Trafford. 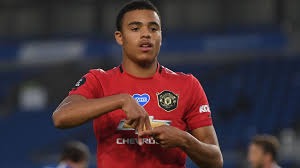 Manchester United starlet Mason Greenwood is set for a bumper new contract at Old Trafford following his performances this season.

Greenwood has become a usual fixture in Ole Gunnar Solskjaer's starting lineup since the restart and now boasts 16 goals across all competitions for the Red Devils.

The 18-year-old is understood to be on a £25k-a-week wage at the moment, but United are apparently ready to reward his stellar achievements with a lucrative new deal.

According to The Sun, Solskjaer's side are ready to offer Greenwood a salary of £40k per week owing to his creative campaign for the Red Devils, and the fresh contract will also include performance-related bonuses.

Greenwood's current agreement at Old Trafford will expire in the summer of 2023, and the forward is expected to play a part in Sunday's FA Cup semi-final with Chelsea at Wembley Stadium.

Borussia Dortmund winger Jadon Sancho has refused to rule out the chance of leaving for the Premier League this summer amid continued links with Manchester United.

The Red Devils have long been inclined to move for the 20-year-old when the transfer window reopens, having seen him enjoy another huge productive campaign with Dortmund.

Recent reports suggest that United are close to approving a deal for the England international which could be worth more than £100m, and Sancho has now refused to rule out such a move.

When questioned over the speculation enclosing his future, Sancho told World Soccer Magazine: "I don't know what to say to that.

"It's hard to say. That's the future. You never know what could happen, so we will wait and see."

Sancho, who has also been linked with Liverpool, has scored 20 goals and assisted 20 more in 44 appearances for Dortmund this season. 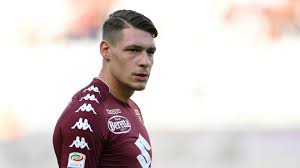 Torino forward Andrea Belotti emerges as a target for Manchester United during this summer's transfer window, according to a report.

Arsenal are interested in signing Celtic's Odsonne Edouard as a probable replacement for Alexandre Lacazette, according to a report.

Manchester United 'to give Timothy Fosu-Mensah chance to save future'

Timothy Fosu-Mensah will be given the chance to secure his long-term future at Manchester United in the coming weeks.

Manchester City are not ready to pay more than £32m for Valencia attacker Ferran Torres this summer, according to a report.