Is it really Happening? Messi Follows Mancity on Instagram 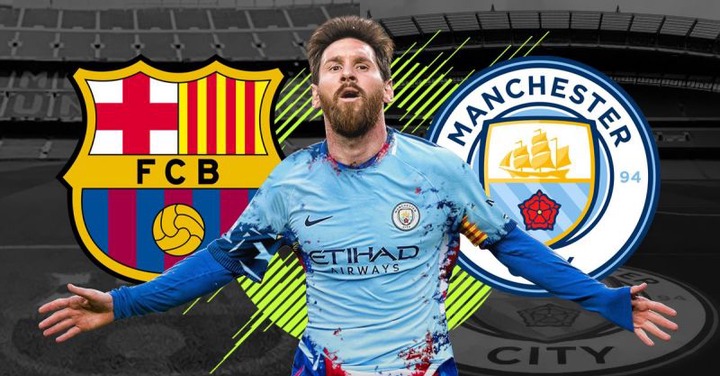 According to Several Media Outlets, The Barcelona Star feels dissatisfied with the current board and the way things have turned out to be in recent times especially this season The 33 years old showed his Frustration in the last Game against Osasuna. He looked to have flung his hand angrily after scoring a brilliant Freekick in a game Barcelona Lost by a goal Margin.

To crown a Frustrating Season for Lionel Messi and Barcelona, their Arch Rival, Real Madrid were recently crowned Champions of the 2019/20 Laliga Season. The Blaugrana had also Missed out on the Copa Del Rey Earlier this Year. Their Only Chance of winning a Silver Ware this season is if they can win the UEFA Champions League.

Lionel spoke after the Osasuna game stating that:

"We didn't want to end the season like this but it represents how the season has gone," Messi began.

"We were a very erratic, very weak, low-intensity team…We lost a lot of points and today's game is a summary of the season.

"We have to be self-critical. Starting with the players but doing a global self-criticism. We are Barca and we have to win everything. We can't look at Madrid…Madrid have done their job, but we have helped them a lot.

"If we want to win the Champions League, we have to change a lot. If we continue like this, we will lose the game against Napoli."

This is not the First Time Lionel Messi has been Linked with a move to Manchester city. Its No news that head coach of The Citizens, Pep Guardiola has always wanted to reunite with his Former Player whom he coached from 2008 - 2012 winning 14 silver wares including the Treble and Sextuple in 2011.

Do you Think Messi would really Move to Mancity?