2 Bad Things Fans Have Done Since The Beginning Of This Season Premier League.

Fans are very important in every club, but the coming back of the fans will surely affect players and coaches. They criticise anybody without fear of sanction. After a long time of lockdown in every part of the world. 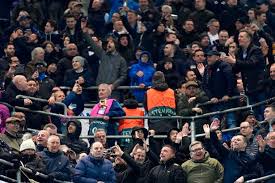 These are the 2 bad things they have done since the start of the season in the Premier League. 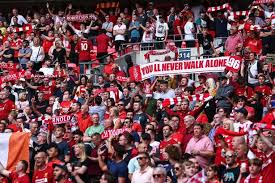 1. They chanted Rashford and Sancho let the country down: I thought England fans had forgotten what happened at Euro 2020, but they kept talking about it. Rashford and Sancho suffered racial abuse on social media after the game. But making such a statement this season could make the players sad.

2. They called Gilmour a Chelsea boy: Liverpool against Norwich was full of disappointment after what Liverpool fans did to Gilmour. He was loaned to the newly-promoted side to get more playing time. The manager also condemned what his fans did. Gilmour was not bothered by their statement as he performed at the highest level.

Not only in the Premier League, but fans also threw a bottle at a player in the French league that caused chaos on the field yesterday. For the last two seasons, they verbally abused Paul Pogba after a game. They are capable of flying if they do not want any manager again at the club.

If fans continue to commit those offences, the club should either ban or suspend them. The Premier League is getting more interesting after the second game week. Chelsea is presently sitting at the top of the table after a convincing win over Arsenal. Liverpool is in the second position with the same point.

But this is just the beginning. Let us see how it will end.