By Gblizz (self media writer) | 10 months ago

The Germany National football team have continued their good run so far, they seem to be building up their reputation once against as one of the best teams in the World. Their recent match against Armenia in Group J of the European World Cup Qualifiers was a game that saw the Germans trump their opponents 6-0. 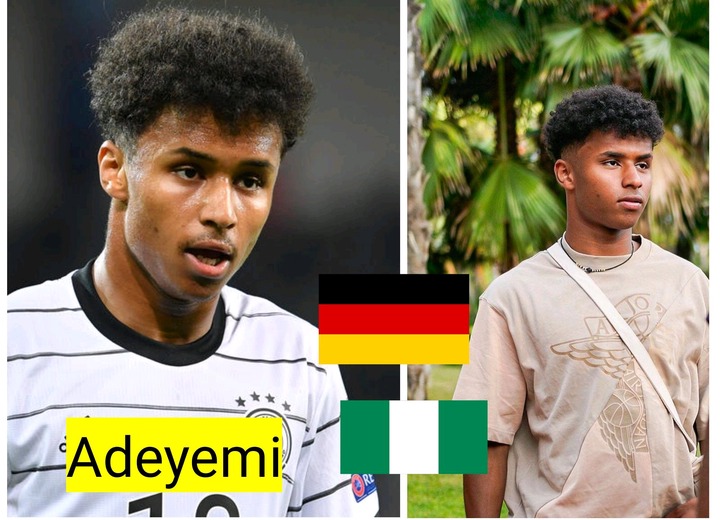 In that impressive games, the were some players who stood out on the pitch, one of such players is Karim Adeyemi. The young player is among the several youngsters that were given the opportunity to feature for the Germany National team.

Karim is a young German player of Nigerian origin, Yoruba to be precise. The 19-year old performed well during the match and here a few things to know about him. 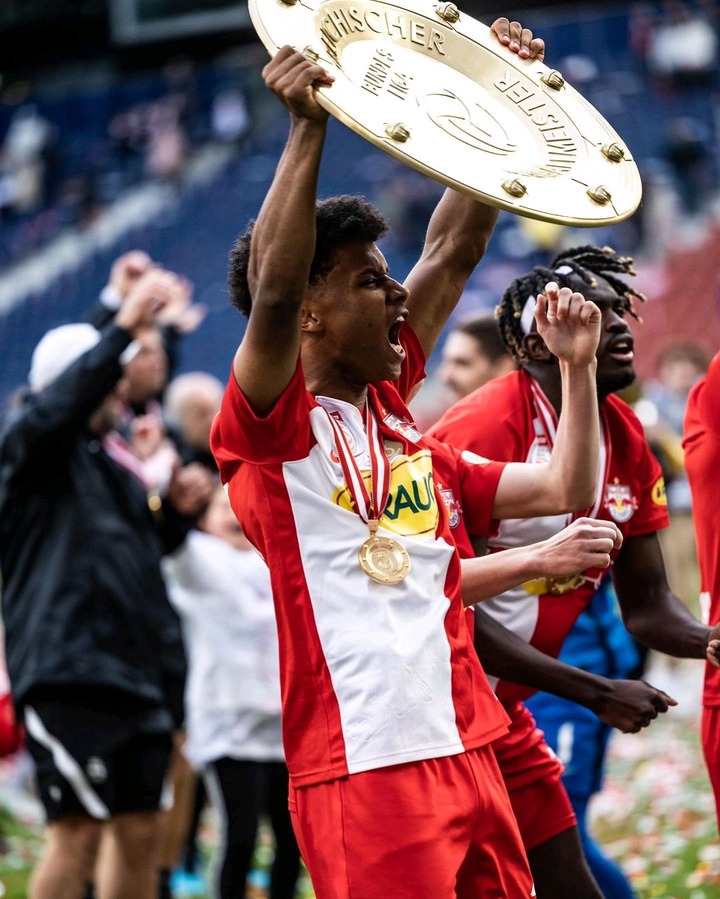 Karim plays for Austrian football club side Red By Salzburg as a center forward. So far he had scored 18 goals for the club in 61 match appearances. Though he is of Nigerian Origin, Karim was born in Munich, Germany. 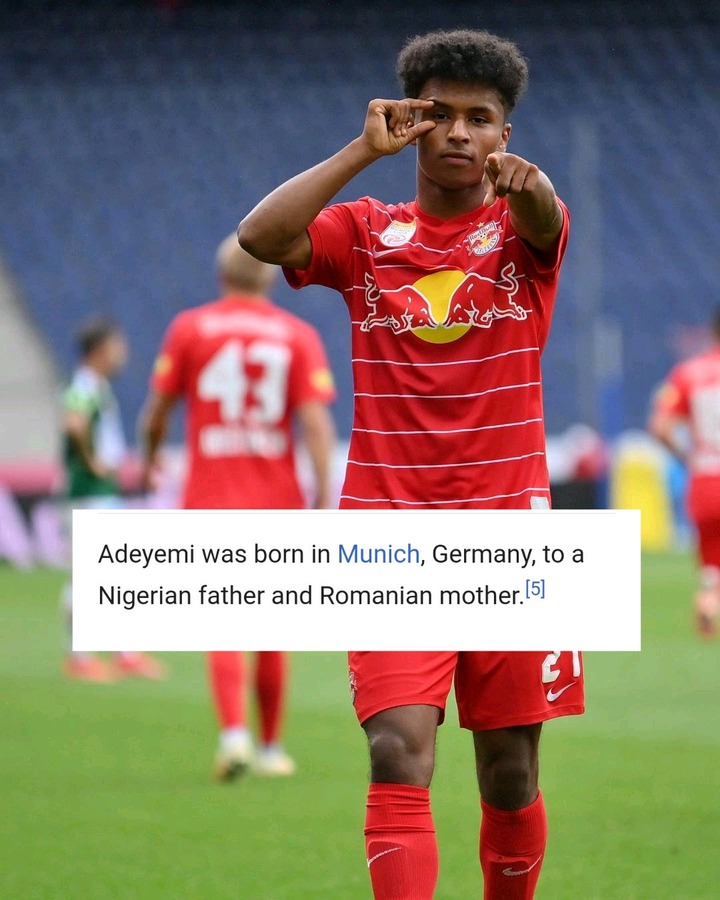 Karim has the opportunity to represent both Nigeria and Germany but he chose to play for the German national football team. His father comes from Nigeria while his mother is from Romania.

Karim's first name Adeyemi says a lot about his Yoruba origin. The name means "The crown befits me" in English language and according to the Yoruba culture only royal bloods are given the "Ade" prefix in their name. This means Karim is actually from a Royal family in the Yoruba land.

Adeyemi came in as a substitute in the substitute. He was also involved in the goals scored, Germany's 6th goal which was scored a few minutes before the final whistle was scored by Karim.