Check Out The New Italian Serie A League Table

By Loadednews (self media writer) | 1 year ago 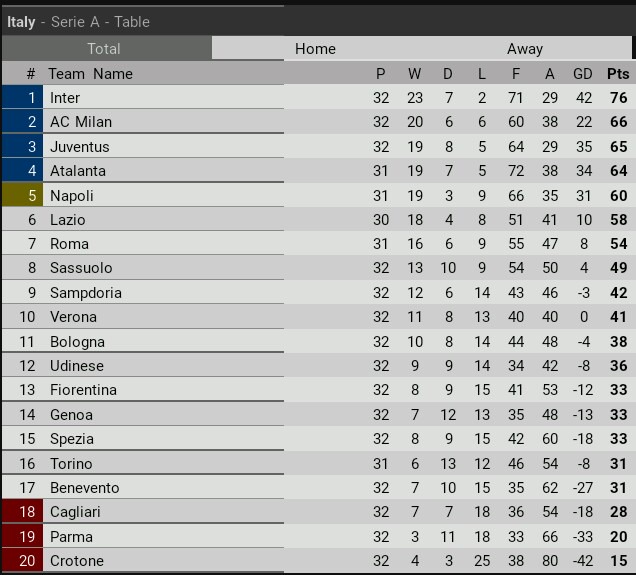 Many matches were played in the Serie A League yesterday, among those matches includes Juventus, AC Milan, Parma, Crotone and Sampdoria. The results of these brought some changes to the Italian Serie A Table.

AC Milan was in action against Sassuolo. The ended in defeat of AC Milan, as Giacomo Raspadori twice for Sassuolo, while Hakan Calhanoglu scored the only goal for AC Milan. Torino also visited Bologna, as they drew. Crotone lost at home against Sampdoria. Benevento and Genoa played out a draw. 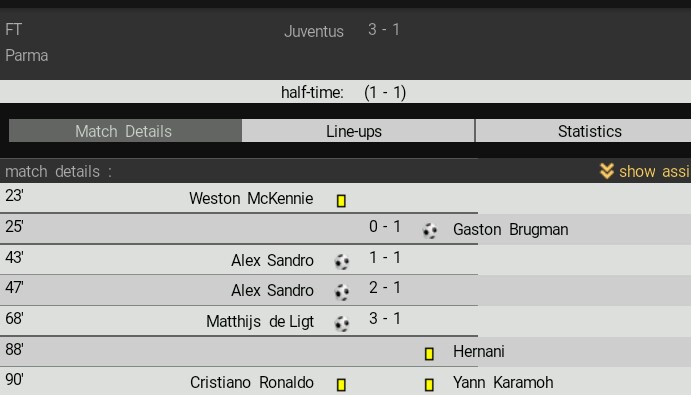 Juventus also won their 32th game of the season, against Parma by three goals to 1. Inter Milan were away against Spezia, as they match ended in draw. Diego Farias netted the 1st goal for the home team, while Ivan Perisic levelled up for Inter Milan in the 39th minutes, to make sure they secure a point. Also, Cagliari won the away game against Udinese by 1 goal to nil. 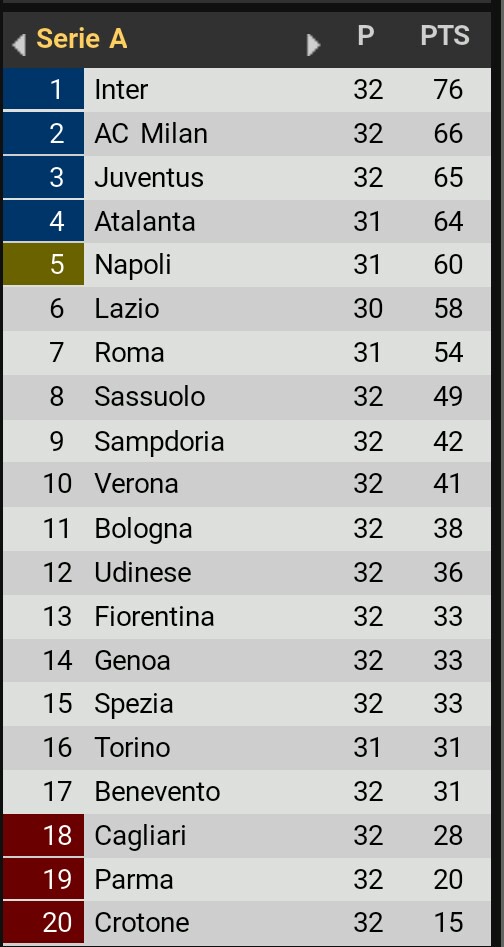 Now, Juventus has moved up to the 3rd position, while Atalanta dropped to 4th position. Juventus is now behind AC Milan (2nd position) with 1 point.