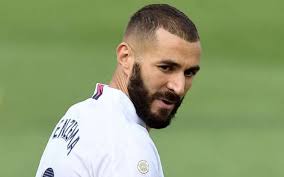 Although it appears that an unprecedented number of footballers have been involved in legal disputes in recent weeks, the scenario with Karim Benzema has been ongoing for several years.

He was forced to leave the French national team for several years as a result of a complicated case involving a sex tape featuring his former teammate Mathieu Valbuena. Benzema's alleged involvement in the case stems from the fact that he is an old friend of one of the blackmailers and he became involved in trying to resolve the situation.

Get Several details surrounding the trial, which is set to begin tomorrow in Paris, have been examined by French Football News, and the most important takeaway for Real Madrid fans will be a claim made by L'Equipe, which claims that the maximum punishment in this case would be five years in prison if found guilty.

It appears that Benzema and his legal team are not overly concerned about a prison sentence, as evidenced by his participation and scoring for Real in their 5-0 win against Shakhtar tonight. However, he is facing a criminal trial, and the prosecutors must be confident that they have enough evidence to secure a conviction.

Another report from News9Live has gone into greater detail about the allegations, and they do suggest that Benzema went to Valbuena and attempted to persuade him to pay money in order to put the situation behind him. There are also allegations of a leaked phone call in which Benzema says "they aren't taking us seriously," which suggests that he is associated with the gang – although they will need to present more evidence than that in order to prove it.

Content created and supplied by: Olawale124 (via Opera News )