By FootballCEO (self media writer) | 25 days ago 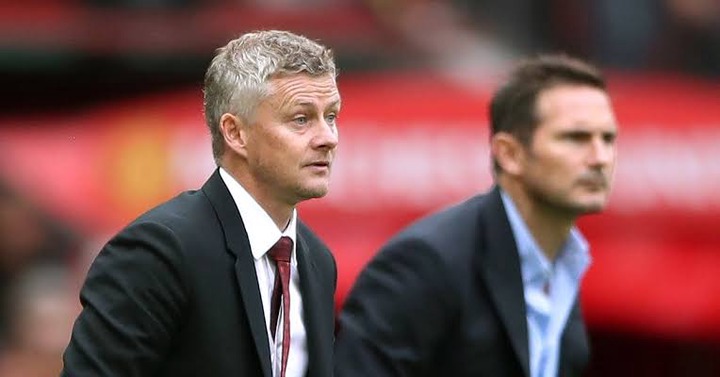 Solskjaer is now suffering a similar fate as Frank Lampard when he was still at Chelsea. Apparently, Manchester United's manager Ole Gunnar' Solskjaer is looking likely to depart the club any moment from now, as pressure continues to pile up on him. Solskjaer's team was greatly boostered during the summer. With the arrival of Cristiano Ronaldo, Jaden Sancho and Raphael Varane the Red Devils were tipped to Challenge for multiple fronts this season. But with the way things are going, having struggled with the smaller teams, United stand no chance to compete with Chelsea, Liverpool and Man City for the Premier League title if they eventually retain Solskjaer. 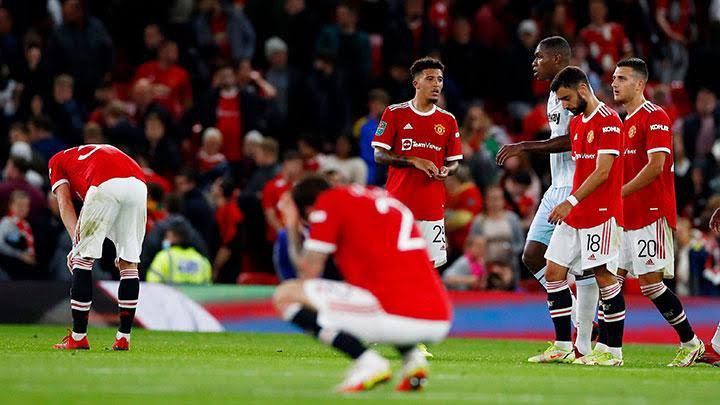 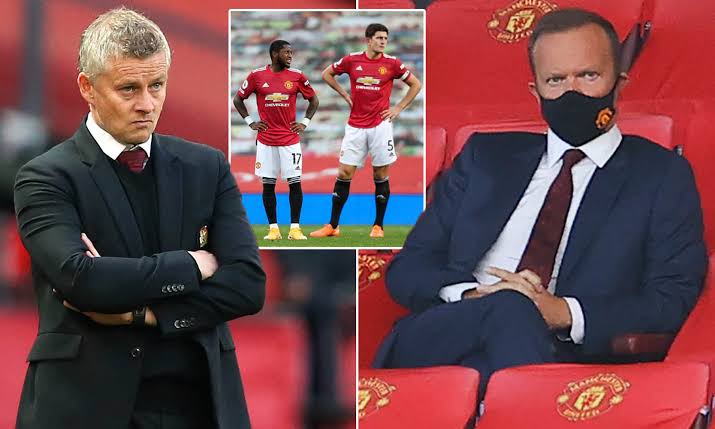 Solskjaer is being scrutinised for his apparent lack of tactical nous. His man management skills aren’t enough. Man United have lost three of their last four fixtures with defeat to Aston Villa on Saturday dropping the Old Trafford to fourth place in the Premier League table. They are also on the back foot in the Champions League having lost to Young Boys and are already out of the Carabao Cup after the mid-week loss to West Ham. 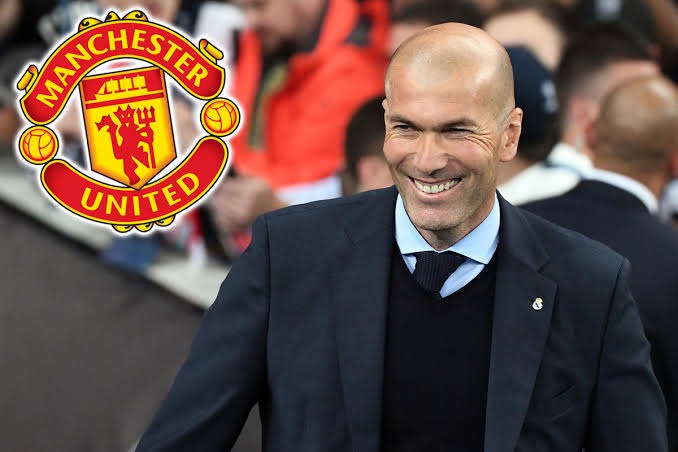 However, Manchester United has been linked with former Real Madrid Manager Zinedine Zidane, and rumour bears it that the Spaniard is likely to become Manchester United's new Coach after the sack of Ole Gunnar'Solskjaer. Zidane is the second most decorated manager in Madrid history, and his experience in terms of winning trophies will be highly needed at Old Trafford. If Man United board eventually signs Zidane, the brilliant [4-3-3] Lineup below might be what he'd use to Challenge for the EPL trophy this term. 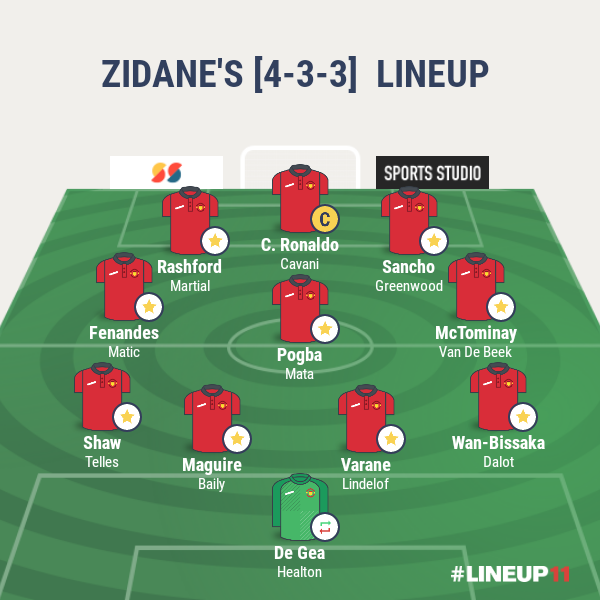 David De Gea surely has a place in Zidane's starting XI due to his magnificent saves in matches. At the defense, Harry Maguire and Varane is seen at the heart of Man United's defense. Shaw and Wan-Bisaaka are both spotted at the left and right full-back positions. Midfield Selection of Bruno Fernandes, Paul Pogba and McTominay. This trio could help provide the platform for the likes of Rashford and Sancho to wreck havoc In the attack. A reliable point man in person of Cristiano Ronaldo guarantees goals. Rashford is in this starting XI because I believe before Zidane is signed the Man United winger has returned to full match fitness.