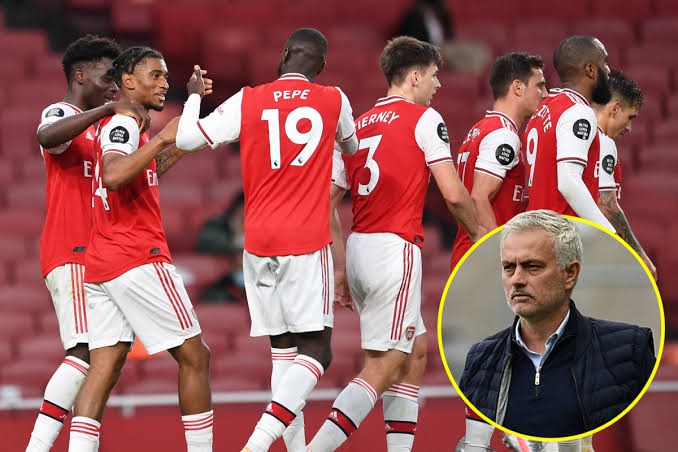 Arsenal where victorious against Manchester City last night as the brace from Aubameyang secure them a place in the finals.

It is as if the 3-4-3 formation is really helping arsenal having won Sheffield United,wolves, Liverpool and other tough teams.

Arteta team has really picked form having won delicate matches in the past few days.It would have been great if arsenal had not lost to Tottenham in the Derby match.

If Arsenal wins the fa cup in which they will meet either Manchester United or Chelsea depending on today results. It will affect Jose Morinho Europa league hope if he finishes 7th by the end of the season. It means no Eurooa league for Tottenham and affect them in transfer market based on the fact that they are not in any Europe competition.

If the gunners wins the Fa cup finals only fifth and sixth position in the premier league will be allowed to qualify for the Europa League game which will leave Tottenham standing aside.

Moreover, if arsenal wins the final it will secure them a spot in the Europa League next season. So Mourinho is in a critical state right now after arsenal shocking win to Manchester City.

Who do you think will be arsenals opponent Manchester United or Chelsea.