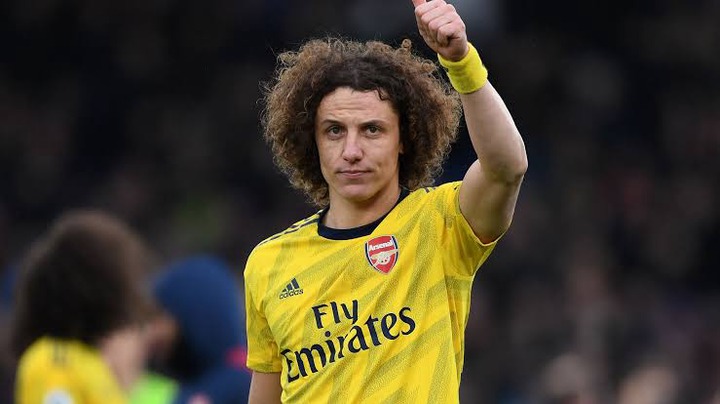 David Luiz has had to endure, a lot of sticks for his performances in the last month. He was particularly poor and sent off ,against Manchester City in the Premier League (PL) last month. But a lot has changed since.

David Luiz not only helped Arsenal defeating City to reach the FA Cup final, but also kept a clean sheet. He made 11 clearances, made four interceptions and had a 100% success rate in tackles and aerial duels. This gigantic performance just after 29 days of that horrific outing against the same opposition ,shows how much can change in a short span of time in a footballer’s life.

The Brazilian’s performance ,didn’t go unnoticed as Rio Ferdinand heaped praise upon him. The former PL champion said as quoted by Goal, “He [David Luiz] was the standout performer. Every cross that came into the box, he was the man on the end of it most of the time, heading and putting his body on the line. Defensively he didn’t put a foot wrong.”

Ferdinand asserts that playing three at the back as Gunners did on Saturday (Sunday in the sub-continent), helps a defender having two more players to cover up for him. But reminding Luiz’s Chelsea days, Rio feels that he has been successful with the same formation in the past, but that does not undermine his performance in the Semis.

Arsenal have been leaky at the back, which has been one of their main areas of concern this season. But compact defense, tightly gathered at the centre, has proved successful for the north London club. In only the last week, they faced two of English football’s strongest teams currently in Liverpool and City and did have success. They were able to soak up the pressure and continuous attacking threats from the opponent.

Ferdinand pointed out these exact facts in his post-match discussion. “Three centre-backs, they packed out the middle of the pitch, and they played with a defensive security. There was a stability about the way they played. They were composed defensively and they had a sharp edge on the counter-attack,” he added. If the past couple of games are anything to go by, Arsenal fans might well enjoy more victories like these in the near future. Hopefully David Luiz will have more parts to play in the upcoming days.