By Niceguy (self media writer) | 21 days ago 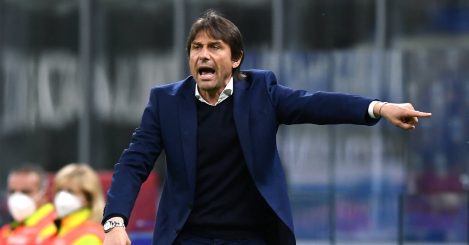 Conte is out of work after leaving Inter Milan at the end of last season, and has been connected with the vacant Spurs manager's role this summer.

With Gazzetta dello Sport, he explained why he turned down Spurs: “Instead, I hunt for projects, and I am prepared to stay at home if anything does not persuade me.”

It has to do with foresight, honesty, and values. I enjoy challenges in general, and I've accepted a lot of them over my career.

“When I first arrived, even the best clubs I coached were never favorites.

“However, regardless of the money, if there is something that does not convince me, I prefer not to accept.”

Arsenal are also rumoured to be interested in Conte and have made contact with him about the possibility of him replacing Mikel Arteta.

However, his reasons for declining the Spurs position would almost certainly be pertinent if he were to join Arsenal.

And Di Marzio agrees, claiming that Conte "would only accept a winning project."

So I doubt he'd accept Arsenal, which is why he turned down Tottenham. I believe he would only accept if Manchester United, for example, called.” Antonio Conte could return to the Premier League shortly, according to @DiMarzio. pic.twitter.com/ZVMAfFof6u

However, the Sky Sports reporter thinks that Manchester United would share Conte's ambition for a team capable of competing for the top honours, claiming that if the Red Devils "called," he would return to the Premier League.

United have thrown their support behind Solskjaer this summer, bringing in Jadon Sancho, Raphael Varane, and Cristiano Ronaldo.

And many, including Paul Scholes, believe that given the talent at his disposal, the Norwegian manager must win something this season.

The pressure (and #OleOuts) mounted after United's humiliating Champions League defeat to Young Boys on Tuesday, prompting the Mailbox to push Old Trafford officials to take the plunge and offer Conte the job.

What You Should Not Take For Granted In Your Relationship

5 Common Signs That Show Someone Is Your Destiny Helper

Reactions as Mercy Aigbe's daughter, Michelle shares lovely photos of herself on Instagram

Do Away With These Habits To Prevent Stroke