Manchester City were in the final Premier League action of today as they travelled to face Brighton at the AMEX Stadium on Saturday evening. The Citizens were looking to continue with their fine form in the competition by securing their second straight victory against the Seagulls. Brighton also came into this fixture intending to secure maximum points by defeating Pep Guardiola's men in their today's crucial encounter. 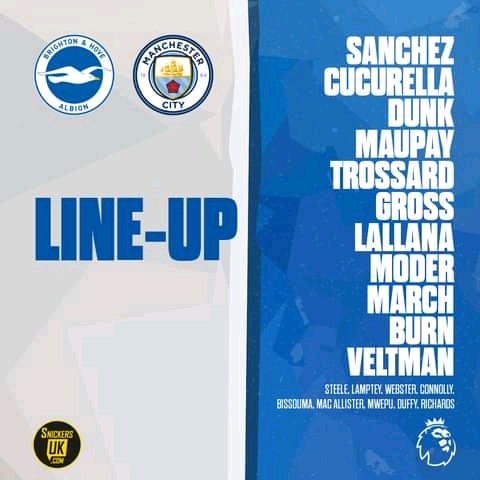 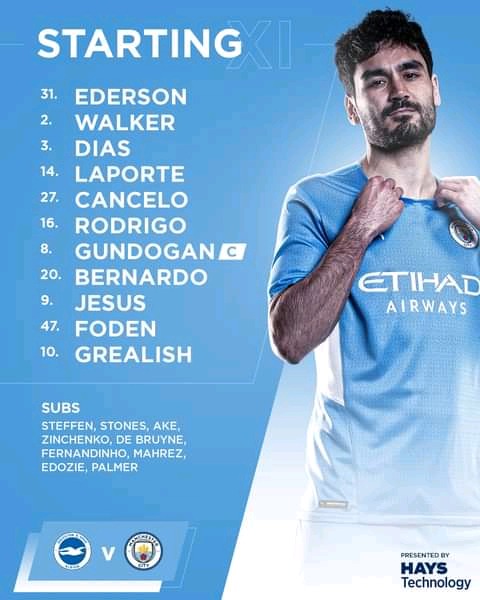 Manchester City broke the deadlock in the 13th minute of the match as Ilkay Gundogan scored an easy tap-in to put the Citizens 1-0 ahead. Manchester United continued to ball in the match as they extended their lead in the 28th minute through Phil Foden's powerful strike which made the scoreline 2-0. Phil Foden wrapped things up in the first half as he scored again in the 31st minute of the match to make the scoreline 3-0 in favour of Man City at halftime. 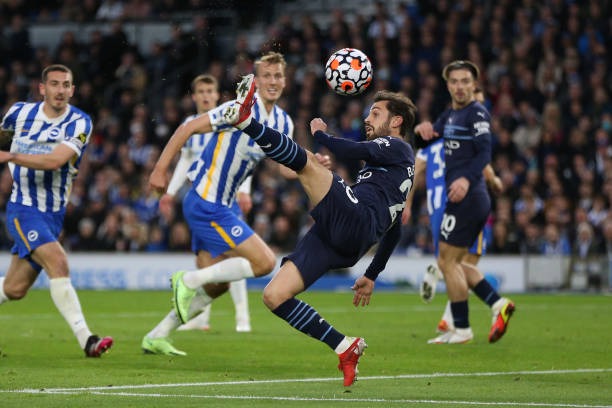 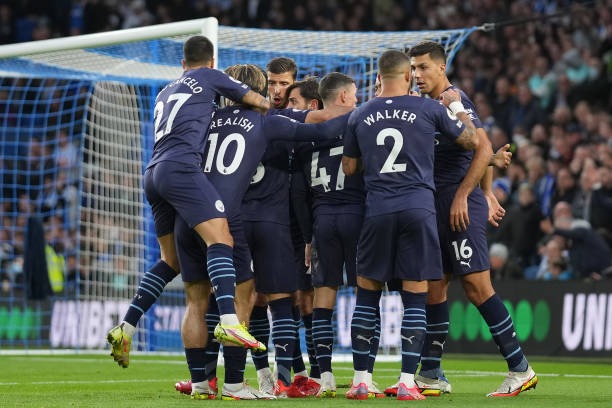 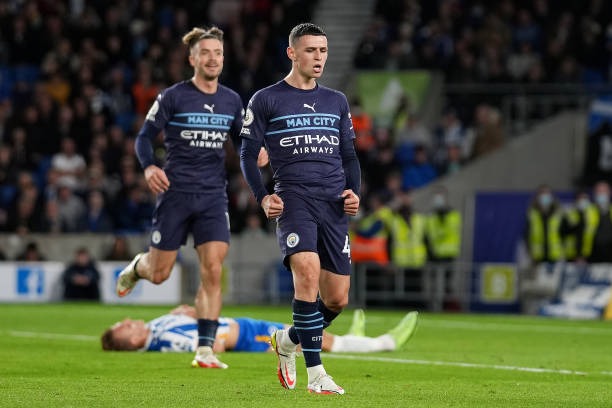 Brighton got a consolation goal in the closing minutes of the match as Alexis Mac Allister converted brilliantly from the penalty spot to make the scoreline 3-1. Man City added a late goal in the match scored by Riyad Marhez as they won 4-1 against Brighton today. 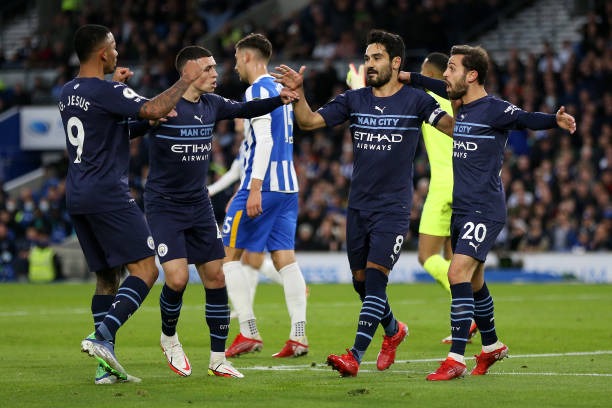 Chelsea played their Premier League fixture earlier today when they faced Norwich City at the Stamford Bridge Stadium. The Blues performed astonishingly as they claimed a massive 7-0 win over the Canaries at the end of the match. Mason Mount scored a hat-trick in the match as further goals from Ben Chilwell, Hudson Odoi and Max Aarons (own goal) were enough to give Chelsea all three points. 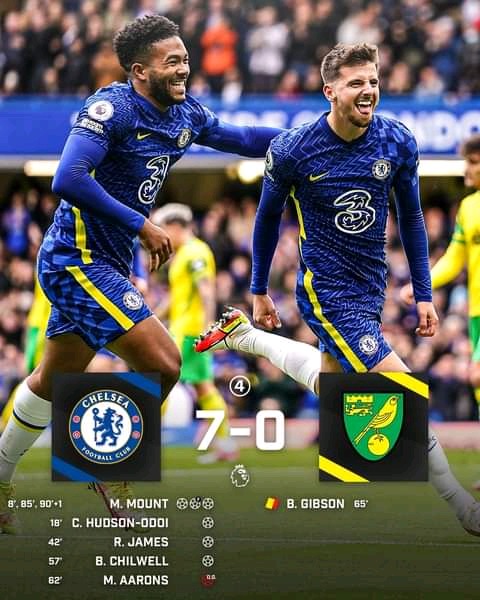 Match Review: Chelsea and Manchester City were in incredible form in the Premier League today showing the stuff they are made of. Both teams won their various matches by a convincing scoreline as they look very determined to win the Premier League title this season. Their performances today clearly showed that they are serious contenders for the EPL title this season. They both have what it takes to win this season's edition of the trophy 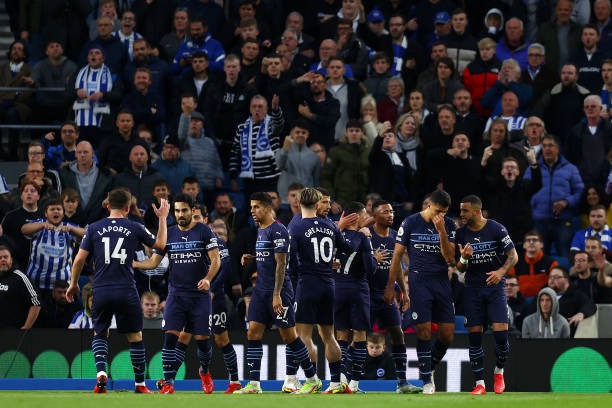 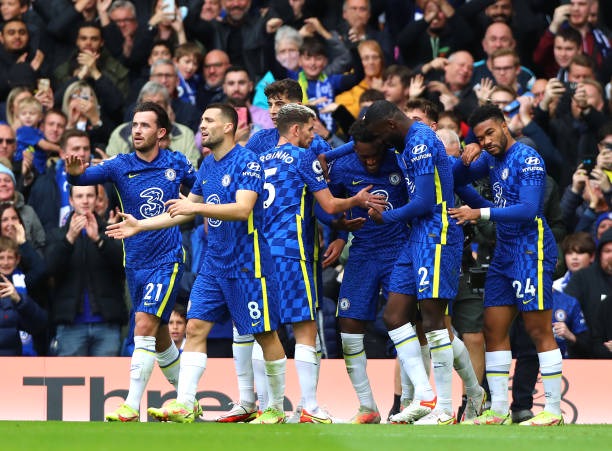 The EPL Table After Man City And Chelsea Won Today. 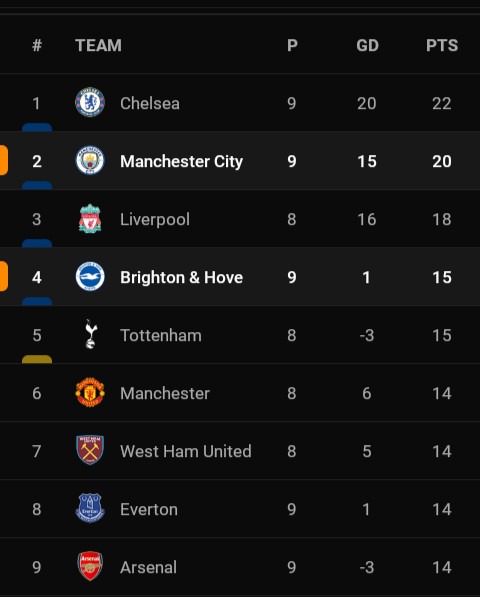 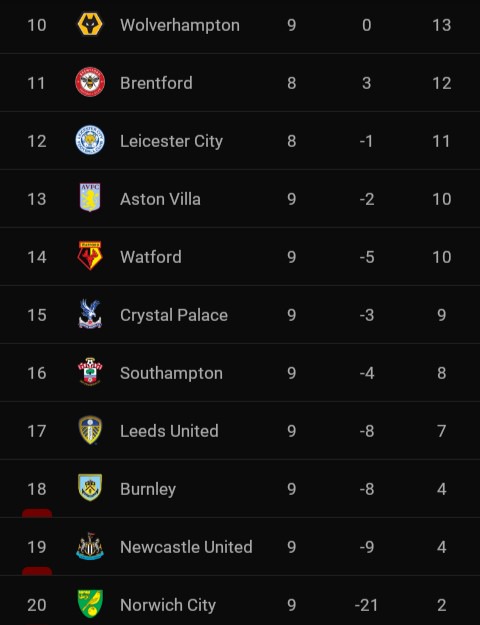 Chelsea tops the league table with 22 points while Man City sits in the 2nd position with 20 points. 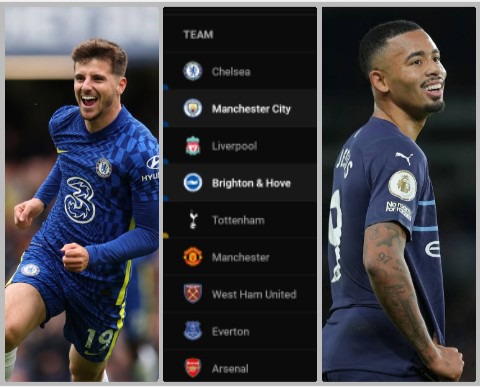