Ronny Van De Beek is currently out of requirements at Manchester United. We would be deceiving ourselves if we say the Coach is the only problem in managing VDB. The odds were against him since he set his foot in the Manchester United team, it was an unnecessary sale from Ajax. A panic buys that turns out to be the nightmare of the young lad. 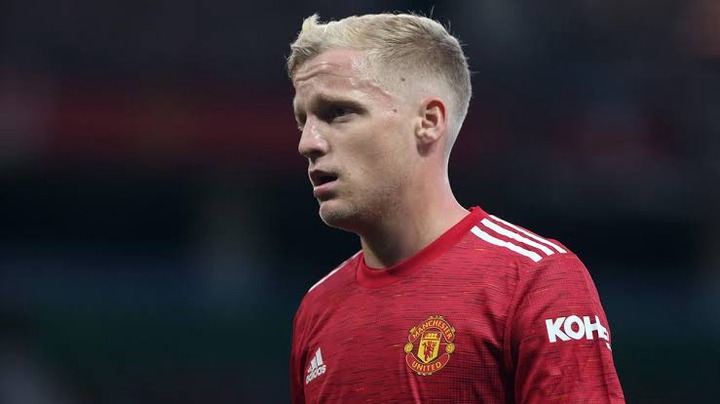 According to the report, Donny might be leaving United in January. He has given so much respect to the club and no respect has been accorded to him by the Manager. The best business Manchester United can make out of this player is swapping Van De Beek with Frenkie De Jong. VDB style of football play is in conjunction with that of Barcelona. The tiki-taka system is not strange to Donny, that was the Ajax style of football in which he partake in the process. Frenkie De Jong is vastly into the Manchester United style of play. He has effective prowess in counterattack football. He reads the game quite differently as a central midfielder. This is the kind of player that's likable to Paul Scholes masterpiece in the midfield.

Defensive Contribution- VDB has struggled to make the selection of Ole because of his weakness in making tackles. You can't blame him for that, not his usual way of playing the game at Ajax. He features more as an attacking midfielder, who scored a large number of goals. That was why I called him a panic buy, after Manchester United missed the chance of signing De Jong, they opted for VDB. Frenkie has the best record in the defensive zone, he does not just dive into a tackle. He watches the opponents of his opponents before he stops the ball without making an unnecessary foul. This swap deal would favor Manchester United and Barcelona. It would be a readjustment of what the two teams really need in their team. Nearly two years after the two players left Ajax, the two players have not been at their best because they are in the wrong place at the wrong time.