Manchester united will be playing against Critical palace on. the English premier league fixture, before they will face Chelsea football club on Sunday for the FA Cup Semi-final. But the little problem Manchester united team have is the number of players that is currently injured.

Below is the predicted Manchester united XI against Crystal place:

David de Gea: De gea will have to give all he got, in other to keep a clean sheet, to qualify for the best goalkeeper of the 2019/2020 season.

Wan-Biplayers: Bissaka still remain one of the best right-back in the English premier league, hopefully he will be a vital player.

Victor Lindellof: and Harry Maguire and will continue to partner each other.

Dalot: Dalot: will have the opportunity to show Manchester united Manager, Olé Gunnar Solskjaer, what he is capable of playing, because of the injury Luke Shaw and Bradom Williams picked up against Southampton.

Matic: Hopefully, he will be at his best once again.

Paul Pogba: What he played against Southampton was not convincing enough, hopefully he will bounce back.

Daniel James: Daniel James will have to start against Crystal palace because of the injury Mason Greenwood picked up against Southampton.

Bruno Fernandes: Just like Paul Pogba, hopefully he will also have to bounce back against Crystal palace.

Anthony Martial: just like Rashford, they will all bounce back from the shock draw against Southampton.

Despite the Injury some players (Luke Shaw, Williams and Greenwood) picked up against Southampton, Manchester united have to win this game against Crystal palace in other to qualify for top 4 premier league table. 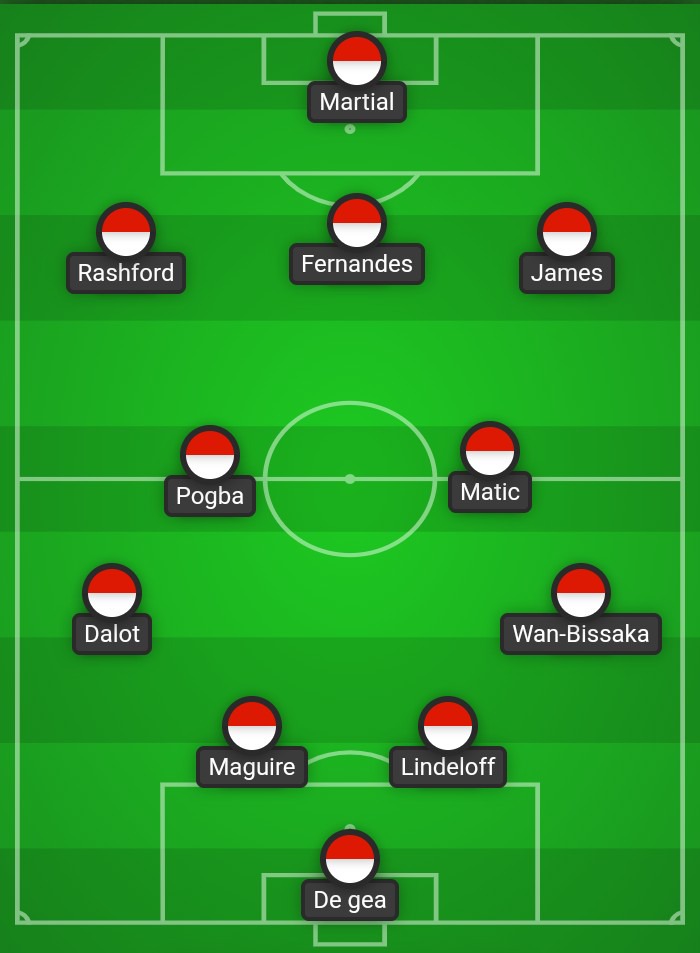