The WWE Universe would love to see a match between Roman Reigns and The Rock. The match has been teased for several years, but it looks like fans will have to wait even longer because the COVID-19 pandemic has caused plenty of logistical difficulties. Still, "The Tribal Chief" remains optimistic, and he said that the match is still possible because he's in great shape.

Reigns is one of the top stars in the wrestling industry. He who comes from one of the most famous wrestling dynasties, the Anoa'i family. His family includes the likes of numerous current and former WWE Superstars, such as Rikishi, Yokozuna, Umaga, The Rock, and The Usos. 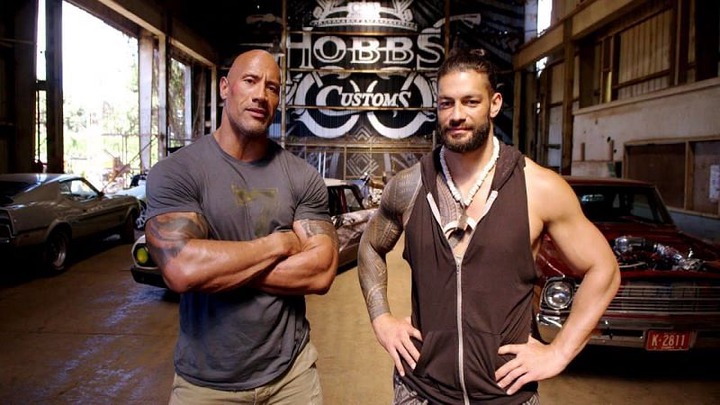 In an interview with Ryan Satin of FOX Sports, Roman Reigns spoke about his potential WrestleMania match with The Rock. Fans have been speculating about this match for a long time. The buzz has only gotten louder during Reigns' remarkable run as a heel. "The Tribal Chief" explained why he thinks the match is possible. He stated that he's in the best shape of his career.

"I’m in my prime. I’m at my peak physical condition as far as in that ring, athleticism, the whole nine. I can slip and slide. I can do anything in the ring I want to do, I just choose not to do it all, you know what I’m saying?" said Roman Reigns.

No one can doubt that Roman Reigns is in his prime, so he's certainly ready for this exciting match. But "The Head of the Table" explained also believes that the main reason why the match is a possibility is The Rock's physical conditioning. "The Great One" still works out on a regular basis, so he could still potentially hold his own in the ring.

Roman Reigns is prepared to have this big match against his cousin, The Rock. But the WWE Universal Champion believes that the bout should take place in 2023.

Reigns said that WWE could wait until WrestleMania 39 to book his match with The Rock. This show will be in Hollywood, so it'd be the perfect setting for this epic clash. The Rock is an iconic movie star, so it would make sense if "The Great One" returned to the ring in Hollywood.