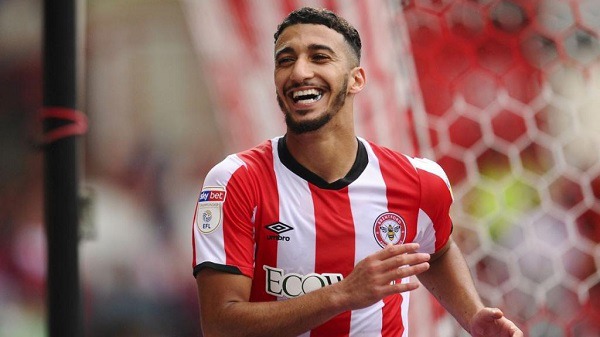 The Algerian international ,was in fantastic form for Brentford in the English Championship ,this season as they challenged for a place in the Premier League.

They reached the final of the Championship Playoffs, but The Bees lost out to Fulham.

Now that they will not be playing in the English top-flight next season, they risk losing some of their top stars, and Benrahma looks nailed on to be one of them.

The winger has attracted the attention of London rivals, Arsenal and Chelsea before now, but both of them are about to face serious competition for his signature.

Algerian Journalist, Walid Ziani, via Sempre Milan is claiming that the winger is now also being targeted by AC Milan.

The Italians had a fine end to the Serie A season, even though it was a little too late for them to challenge for the, Champions League places.

However, they will want to build on that in the next campaign and hopefully, make a return to the Italian top four.

They have made some ,under the radar signings in recent seasons who have turned out well for them, and Benrahma might become their next top star if Arsenal doesn’t make their move for him