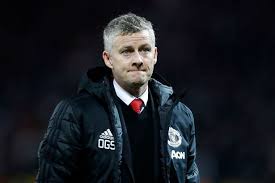 The poor performances of some Manchester United players in the game against Leicester City which they lost 4-2 away from home means Ole Gunnar Solskjaer must make a few changes in their Champions League clash with Atalanta. For me, the following 3 changes should be made as that match is a must-win for United if they are going to make it out of their Champions League group.

Manchester United captain Harry Maguire was to blame for Leicester's first goal which was scored by Youri Tielemans. Although he is rated highly in England, for me he hasn't been convincing since his £80 million move to Manchester United 2 seasons ago.

To take his place should be the much faster and aggressive Eric Bailly who was tipped to start against Leicester when it was thought that the English defender would not recover in time for that match.

Jadon Sancho's performance has been poor since he completed his £73 million move to Manchester United last summer. For me, it is a surprise he is still starting games given that Manchester United has so many attackers who can take his place in the team and maybe perform better.

One of those players is Marcus Rashford who scored a goal after coming on for him in the second half against Leicester. Last season 23-year-old Rashford scored and assisted 21 and 15 goals respectively. He should start against Atalanta having already shown what he can do following his return from injury.

Matic cannot be singled out for blame after the defeat to Leicester City. However, he is not blessed with pace and at 33 years he shouldn't be starting every 3 days for Manchester United. To take his place is Scott McTominay who came on for him in the 80th minute against Leicester.