By Yungelnino (self meida writer) | 19 days

If there is one man that seems unstoppable at the moment it has to be Nigeria and Leicester City's striker Kelechi Iheanacho. The man is currently in his form of life and showed it once again yesterday. 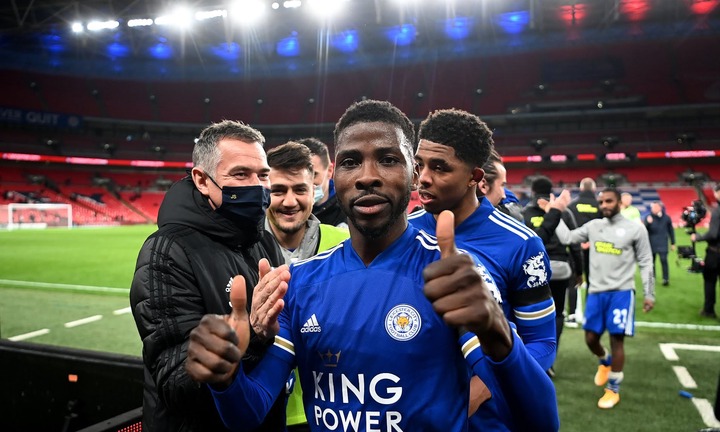 Few weeks after scoring a brace to eliminate Manchester United from the English FA Cup, Iheanacho once again sent his club to the finals of the competition for the first time in 52 years.

Leicester City took on fellow EPL team Southampton to determine who would face Chelsea come 15th may at Wembley and Kelechi's 55th minute goal was the decider. A brilliant burst from Jamie Bardy who set up a cross found the Nigerian who settled the ball into the back of the net.

The past few months have been the best in Iheanacho's career - 10 goals in 7 games, winning the EPL Player for March and now a chance for a laurel. 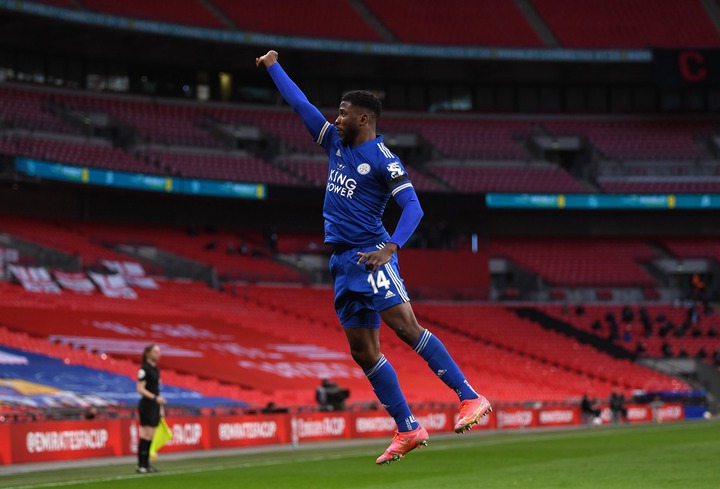 In the FA Cup, he is currently the highest scoring African in the competition having outscored Didier Drogba.

Yesterday's goal took his tally to 4 FA Cup goals this season and a major contender for the competition's top goalscorer. 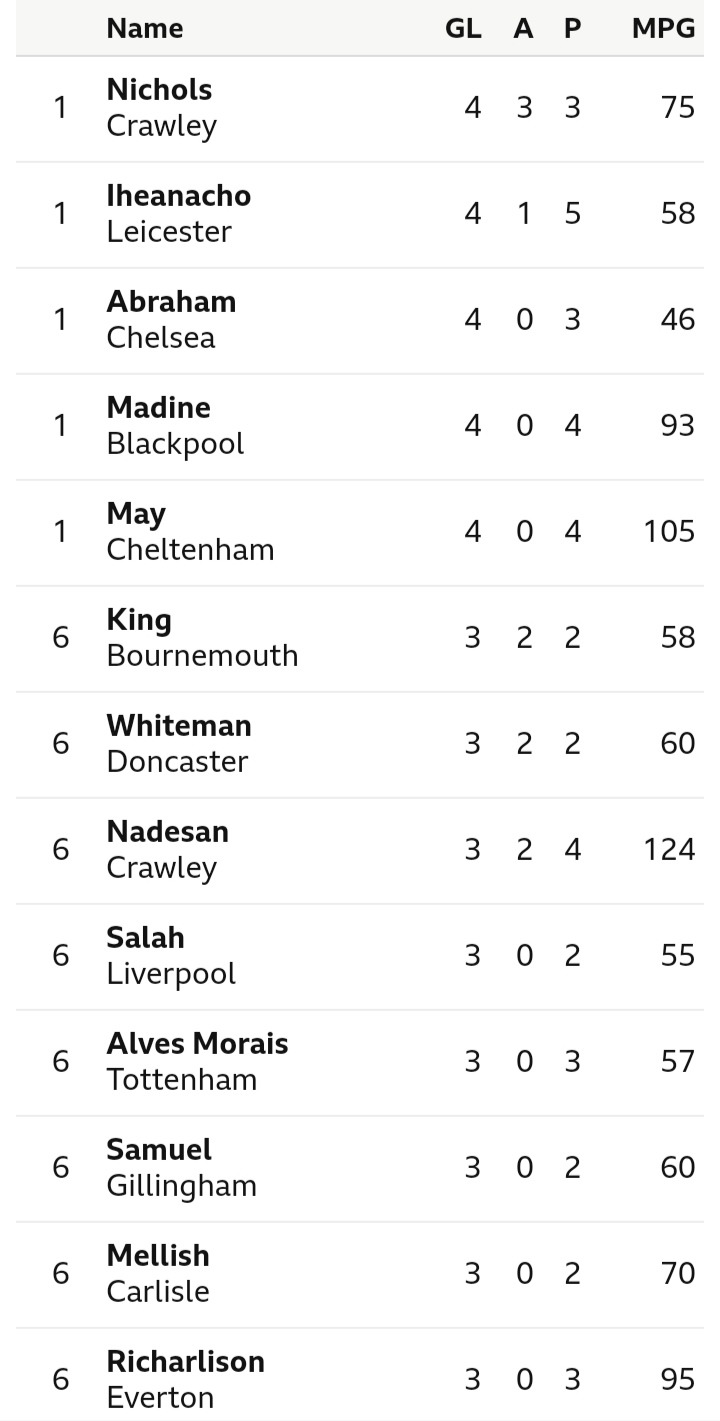 With Leicester City facing Chelsea in the final, his only major contender now becomes Tammy Abraham who is also on four goals.

Can Iheanacho propel Leicester to a major trophy and also emerge top goalscorer? 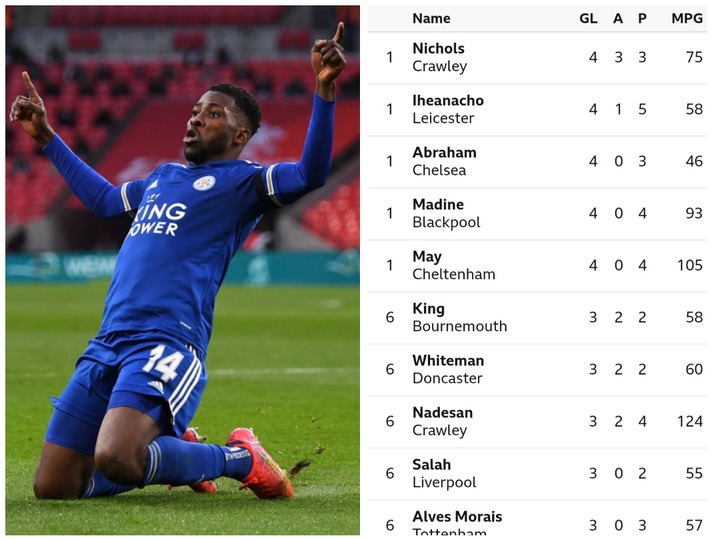 OPINION: England FA And VAR Should Apologize To Tottenham After Taking This Offside Decision

Apart from Iheanacho, meet other top Nigerian strikers that are in top form and scoring goals

Falz, Bisola And Others React As Adesua Shares Photos Of Her And Her Husband In Matching Outfits