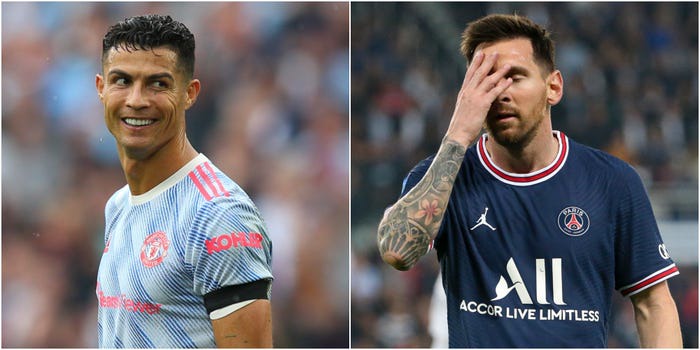 Messi is a magician when he is with the ball. That cannot be denied. He dribbles, he creates magic, he controls the tempo of the game. When he was in Barcelona, and when Xavi left, Iniesta was old and almost ineffective. Barcelona’s midfield was very weak. Messi tries to play around the middle, creating chances from the midfield. Barcelona had a world class striker in Suarez and Neymar (who left before the 2017–18 season). Goal scoring was never a problem, and Messi handled the area where Barcelona's team was weak. Cristiano Ronaldo is 36 years old, and still as smart as he was in Real Madrid. He cannot keep up what he did in Manchester throughout his career, if he did not do what he did in Manchester, he would have never won 5 ballon d’ors. When Ronaldo was in Real Madrid, Real Madrid had the best midfield in the world, with Modric and Kroos as their great passers, and Isco who creates magic out of nothing. Casemiro, Kovacic, and Llorente were very good holding midfielders. They do not need anyone else to help them in the midfield. However, their attack force was weak. Benzema was off-form for many seasons. Bale was always injured, and when fit, he is given very few minutes so that he would not get injured again. Asensio and Vazquez are still young and have much to learn. James and Morata left the club, and they were only left with one decent goal scorer, who was Cristiano Ronaldo, and that was why he sacrificed most of the dribbling, and controlling the match from the midfield with solo runs from the wing to maximize his impact when it comes to scoring goals. 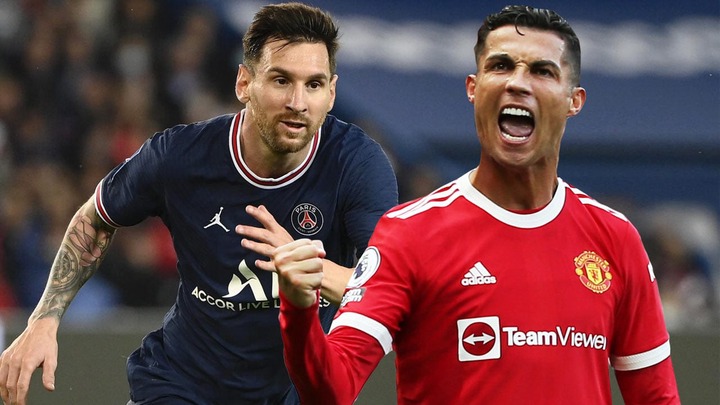 Those who do not understand football, and are Messi's fans claim that Ronaldo waits in the box. But that is not true, if that is the truth, he would have been marked all the time. He reads the game better than anyone else, and his attacking vision and scoring ability ensures he is always at the right spot at the right time to shoot from a decent pass or cross. In 2017, during Real Madrid UCL final against Juventus. Modric was creating an attack, and Ronaldo was nowhere in sight. But when Modric made a cross, Ronaldo came out of nowhere to reach the ball at the right time, and scored an unstoppable goal to secure the title, the same happened during his first match with Manchester United this year. Ronaldo has built majority of his Real Madrid career based only on his off the ball movement, just like Messi has built his entire career based on dribbling, accurate passing and creating chances from nowhere. Those who say Messi has a better off the ball movement do not understand the roles Messi and Ronaldo play in their respective teams. It is not Messi’s job to be in the right place at the right time. That is the job of the strikers that surround him.