By HenryOkoduwa2012 (self media writer) | 3 months ago 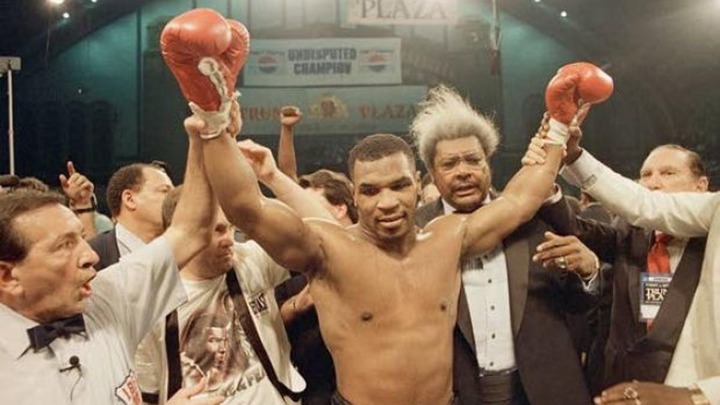 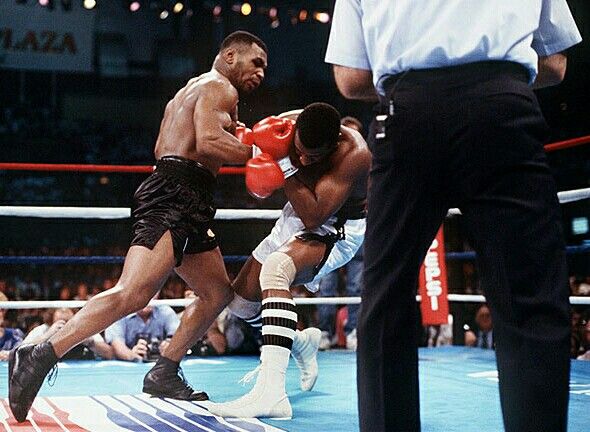 It is an incontrovertible fact that Mike Tyson knocked out Michael Spinks when they met in their highly advertised heavyweight fight in 1988.

It is also true that that particular fight was one of the shortest ever heavyweight title fights in history as an imperious Tyson floored the older, more experienced Spinks in just 91 seconds!

But what a lot of people didn't know was that Tyson was provoked into deciding that the fight would not last the distance.

At the time, fans criticised Tyson for lacking finesse and ring craft after ending the fight in such an abrupt manner and denying them full value for the money they spent to buy tickets to watch the showdown -- considered the biggest of that era.

Tyson was seen as a brawler rather than a true boxer like the great Muhammad Ali who would choose to entertain his audience before going for the kill. 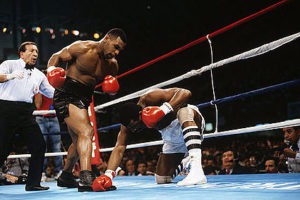 Perhaps the fight may not have been so shortlived had some things not been said or certain actions taken on the night of the fight at the Convention Hall, Atlantic City, New Jersey, on June 27, 1988.

In an attempt to unsettle a young, fiery Tyson said to own one of the most devastating punches in the heavyweight ranks at the time, Michael Spinks' handlers said all kinds if things, including the fact that Tyson hid an object in his gloves.

According to facts from the book, 'One Punch From The Promised Land', written by John and Ouisie Shapiro, Spinks manager had categorically insisted that should Tyson's glove not be removed and re-wrapped to allay his fears that he was concealing something, the fight would not go on!

This was the dressing room drama that was going on as spectators packed full the venue, waiting for both gladiators to come out and fight.

Well, to prove that he had nothing to hide, Tyson's corner finally agreed to unwrap his gloves for another look by the opponents before the gloves were certified okay.

As a matter of fact, it was Spinks' trainer, Eddie Futch who personally checked it and declared it okay.

Meanwhile, Tyson then 22 with 30 knockouts from 34 fights, was seething with rage. As he paced about in his changing room in his black trunks and boots, he was telling his own trainer, Kevin Rooney how he planned to get his pound of flesh from Spinks who had earlier ended Larry Holmes' heavyweight reign. 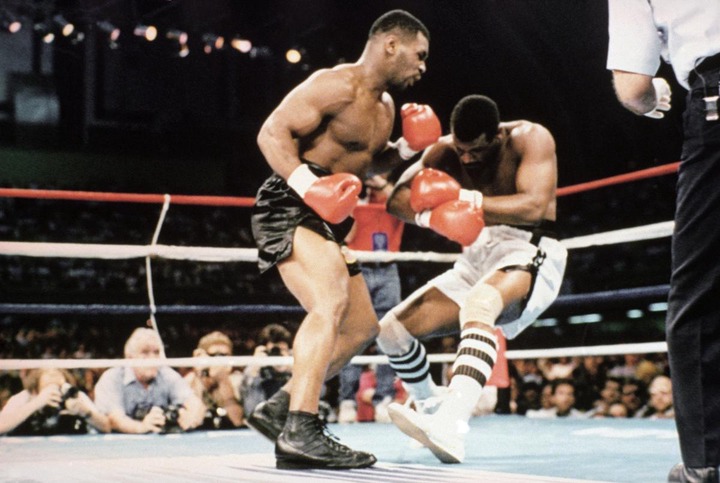 He did not hide the fact that he was not only going to beat the former light heavyweight champion who was then yet unbeaten in the heavyweight ranks with a 31-0 record, he was going to humiliate him!

Tyson's anger followed him into the ring as he flexed his incredible muscles, waiting to unleash terror on his opponent even as they were being introduced by the announcer.

A flurry of well aimed shots to Spinks' body and head later, and the fight was over. Time check, 91 seconds.

For Tyson, it was a good way to exact a pound of flesh. For Spinks, it was a disgrace. For someone who beat the likes of George Clooney and Larry Holmes -- two well known heavyweights -- before then, a far better competition was expected from him.

But what the disillusioned crowd didn't know was that Spinks' men, in an attempt to gain a psychological edge over Tyson only succeeded in provoking him the more.

The world would probably have seen a more enjoyable fight had the Spinks' camp showed more respect to a younger man famed for his damaging, crushing blows at the time. 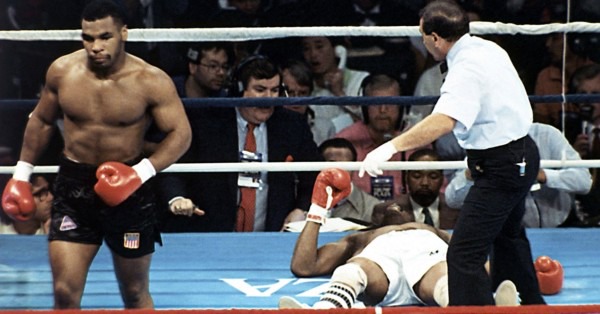