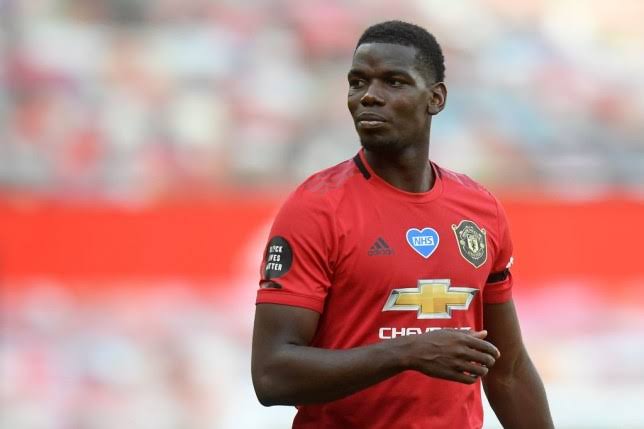 Manchester United are reportedly close to extending Paul Pogba’s current deal until the end of the 2024-25 season.

Since revealing more than a year ago that he wished to take on a new challenge in his career, the French midfielder has been frequently rumoured with a move to Juventus or Real Madrid.

However, since fully recovering from an injury during the enforced break following to the coronavirus pandemic, the World Cup winning playmaker has impressed alongside Bruno Fernandes since the restart of the season.

With the Red Devils seemingly having a more promising future with the pair present in the starting XI, The Sun reports that Paul Pogba has performed a U-turn.

The report claims that the Frenchman is on the verge of signing a five-year deal, tying him to the Red Devils until after his 32nd birthday.

The Premier League heavyweights allegedly hope to announce the agreement at the end of the campaign. Meulensteen says United passed on the opportunity to sign Van Dijk during his time at Southampton.

"To be fairly honest, I also do know in the time before, when Van Dijk was still at Southampton, there were questions of Manchester United bringing Van Dijk in.

"They never really took the punt but Liverpool did because they could see the potential that he had but also the speed Van Dijk had, the strength and everything.

"Those are some of the aspects you would look at a really good strong central defender, can he play with some space at the back?

"Everyone's talking about Koulibaly, bringing him in, but he could go to four or five clubs so it's not a given that he'll come.

"For £80 million ($101m), a central defender, if you compare that with Van Dijk's performance for Liverpool last season and this season, then I think Van Dijk is quite a bit ahead." The attacker endured a torrid time at Old Trafford following his move from Arsenal in January 2018.

The Chile international has spent the entire 2019/20 campaign with Inter and has looked like a revitalised player, especially since professional football resumed.

Man United will be desperate to get Sanchez off their books with his exorbitant £400,000-a-week wages a significant problem.

Reports suggest that the club have been paying him £300,000-a-week, with Inter paying the rest, while he has been on loan in Serie A.

Chilean newspaper La Cuarta claim City have ‘made contact’ with the player’s representatives but Inter are also interested in striking a deal.

The 31-year-old scored just five times in 45 appearances for the Red Devils before joining the Series A club.