Fenerbahçe could announce the signing of £92,000-a-week Arsenal star.

By Philexbobo (self media writer) | 1 year ago 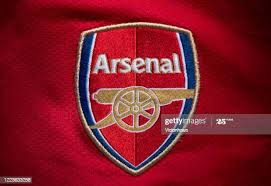 Arsenal won their last league game on Tuesday against Brighton, in a match that ended one goal to nil, in favor of the Gunners.

Fenerbahçe in the other hand, won their last league game against İstanbul Başakşehir on Wednesday, in a match that ended four goals to one, in favor of Fenerbahçe.

Papastathopoulos who joined Arsenal in a £17million deal from Borussia Dortmund in 2018, has struggled to breakthrough Arsenal first team.

The Turkish club has identified Papastathopoulos as a potential transfer target and could announce his signing this January.

Sokratis is contracted with Arsenal till the end of this season, but the central defender is eager to leave the English club this January.

The Greek international who pockets £92,000 per week, could be seen in Fenerbahçe shirt this season.

According to a report, Sokratis is also monitored by Napoli, however a move to Fenerbahçe is sure.