By Philexbobo (self meida writer) | 27 days 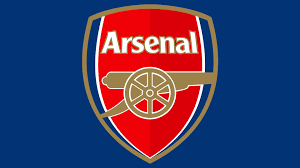 Arsenal who will be hosted today in the premier league by Shieffield United by 7pm, are planning to improving their squad especially their attack, in view of that, Arsenal have shown interest in Manchester United attacker as a potential transfer target and could complete the signing of the Englishman.

Arsenal had wanted to sign him in a loan deal during Christmas, but Manchester United did not release him to Arsenal, because the Red Devil's fear that Arsenal are one of their rivals in the league.

However, according to a report, Arsenal could announce the signing of the world class attacker ahead of summer transfer window.

Jesse Ellis Lingard is an English professional footballer who plays as an attacking midfielder or as a winger for Premier League club West Ham United, on loan from Manchester United, and the England national team.

Will Jesse Lingard succeed at Gunners, if Arsenal successful lure him to Emirates stadium?

Premier League team news: How Manchester United could line up against Aston Villa