There have been numerous fan reactions in the aftermath of yesterday night's game between Real Madrid and Chelsea. Many fans of both clubs have gone online to pour out their emotions and their views on how their teams played.

While most fans of both clubs have been largely positive of their team's performance, some fans are indeed critical of specific members of their team.

One player who have drawn the anger and frustration of Chelsea fans online have been non other than their striker Timo Werner. Timo Werner had a lot of chances yesterday to put Chelsea in a comfortable position over Real Madrid but the German forward wasted all his chances continuously. Had Timo Werner scored just two of the chances he was given in the match, Chelsea would have been in a better position of qualifying over Real Madrid with 3 away goals. Surely a depleted Madrid wouldn't have enough strength to overturn such lead.

Due to this poor performance, a Chelsea fan has angrily lashed out at Timo Werner online saying:

"I wouldn't be surprised if Timo Werner Misses his wedding day". 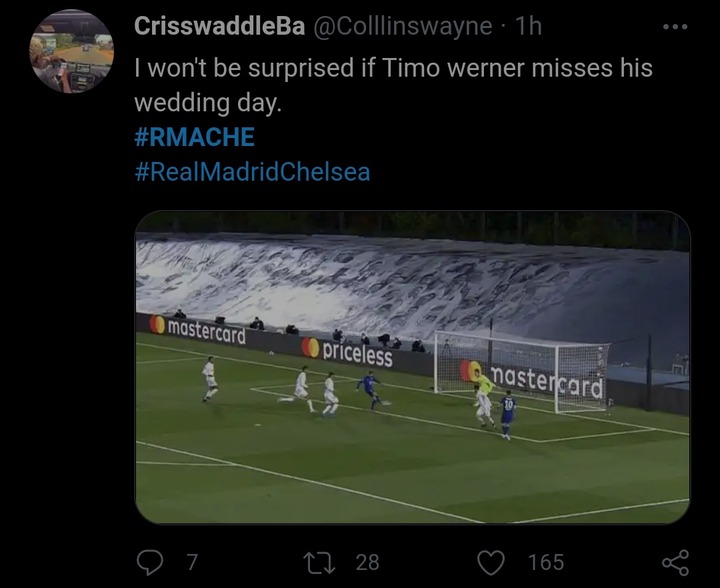 Timo Werner's continued misuse of chances meant the club only have a single goal against Madrid away from home. 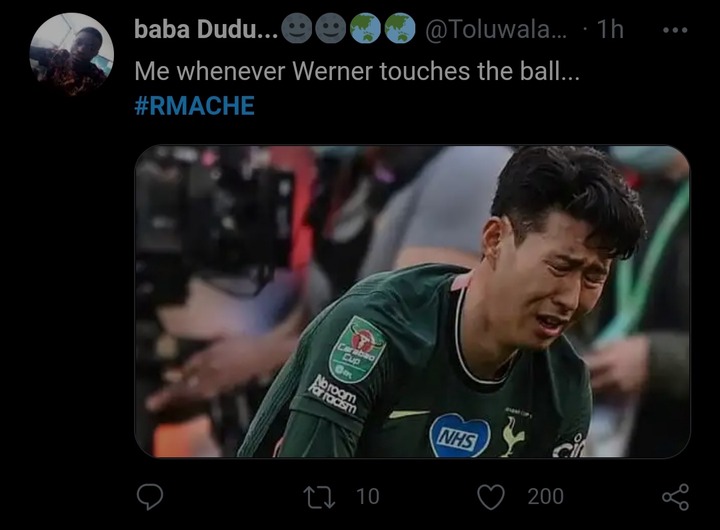 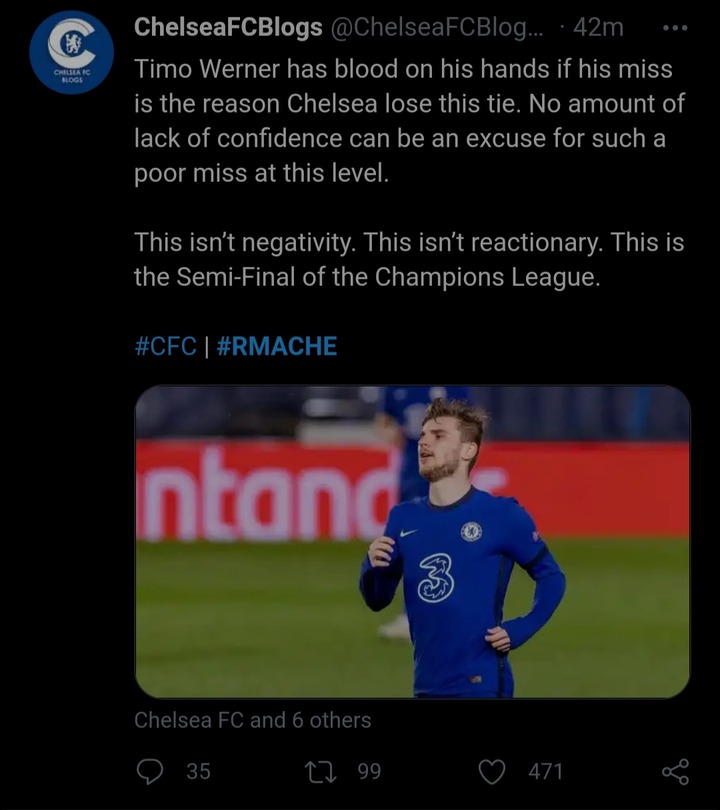 If Werner had taken his chances, do you think Chelsea would have beaten Madrid? Are these fans anger justified? Share your opinion in the comments section below.