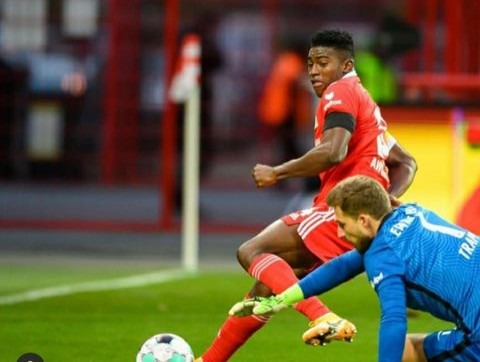 Nigerian international and former Liverpool star, Taiwo Awoniyi was in action on Thursday night for Union Berlin in their first leg of the UEFA Europa Conference League qualifiers against KuPS at the Olympiastadion.

The 24 years old football talent was given a role in his team's starting XI following his outstanding performance for the club in their previous game and he was able to impress. 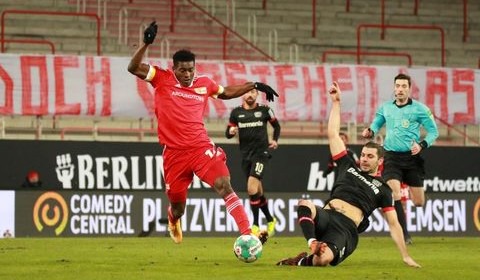 Taiwo Awoniyi was at top notch in the show of the night as he scored a brilliant brace and produced an assist to inspire his side to a convincing four goals to nil scoreline.

The Nigerian star played significant roles in his team's great influx of delivery in the game before he was been substituted in the second half for Sheraldo Becker as he was directly involved in three goals out of the four scored.

The visitor opened the scoring sheet in the early minutes of the game as Taiwo Awoniyi put them ahead in the 7th minutes to make it one nil, before Max Kruse made it two with an assist from the goal opener to make it two goals to nil in the 29th minutes. 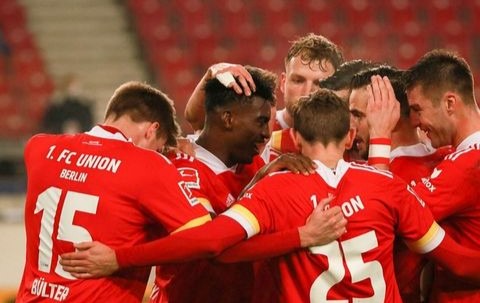 In the 31st minutes of the game, Taiwo Awoniyi stepped up yet again to net his brace of the night to make it three goals to nil going into the half time break.

In the second half of the game, the tempo got tensed up as they both put up some physical, tactical and technical displays but none was able to found the back of the net until the 90+2 minutes when the visitor were able to extend their dominance with a goal from Voglsammer to make it four goals to nil at full time. 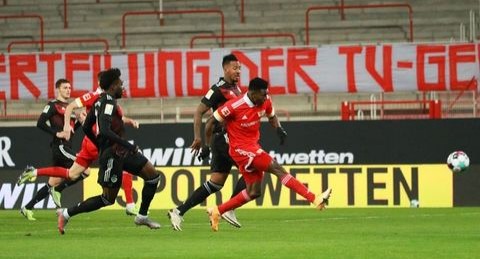 The massive win of the night for Union Berlin means they now have an edge over the host ahead of the second leg to be played at home comes 26th of August (next Thursday).

The visitor of the night will now be hoping to keep the winning streaks going in their next fixture so as to continue their pursuit in the competition. 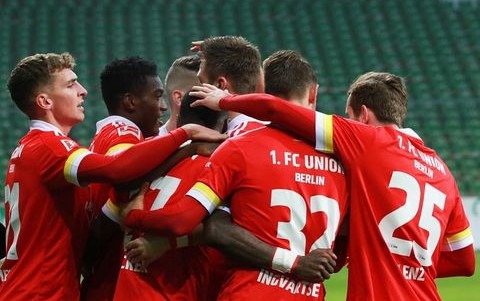