Arsenal Suffered Their First Defeat Of The Season From Newly Promoted Brentford.

By Nicklaidex (self media writer) | 10 months ago 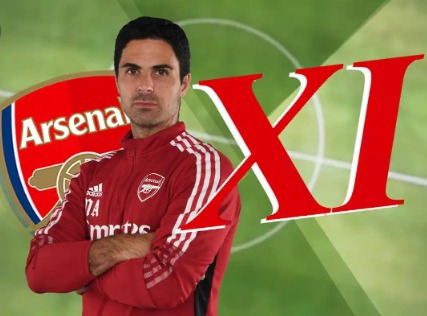 The Premier League 2021/22 football season kick-off in a grand style on Friday, 13 August 2021 with a match between Arsenal Fc and the newly promoted Brentford. The newly promoted Brentford mark their first top-flight match since May 1947 with a 2-0 victory against Arsenal. Brentford have never actually played in the Premier League since it was rebranded in 1992. They had enjoyed a 12-year run in the old English First Division but were in decline when the competition returned in 1946/7. 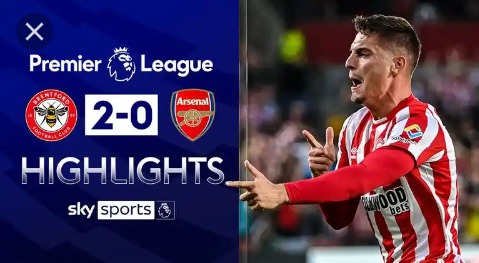 It took both sides a few minutes to settle into the game after a frantic start. In the 22nd minutes, Sergio Canos put Brentford in the lead after he received a delightful pass inside the box and smashes a low shot into the bottom left corner. It could have easily been 2-0 in the 31st minutes as Brentford player, Bryan Mbeumo creates a good chance for himself and goes for a goal from mid-range, but he misses the left post by a whisker. 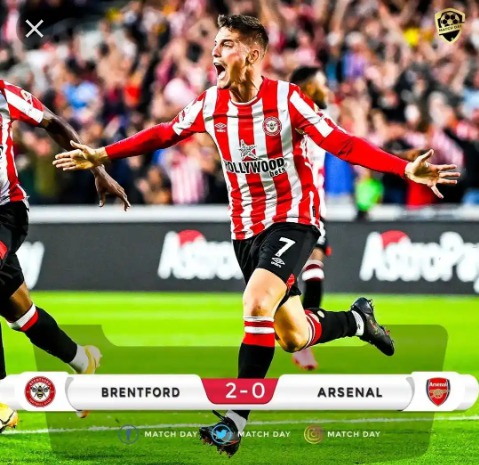 In the second half of the match, Arsenal midfielder, Emile Smith Rowe made a great solo effort as he beats two defenders before firing in a drive from outside the box but Brentford keeper, David Raya makes an amazing save. Brentford double the score line in the 73 minutes as Christian Norgaard heads the ball towards the goal from close range and makes it 2-0. In the 87 minutes, Arsenal makes an effort to change the scoreline as Nicolas Pepe latches onto a cross inside the box and aims a shot towards the bottom left corner, but Brentford keeper, David Raya reacted and makes an amazing save. 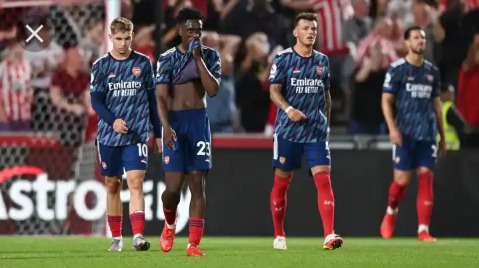 Arsenal suffers their first defeat of the season from the newly promoted Brentford with a 2-0 defeat at the Brentford Community stadium (London). Brentford will be in dreamland after making their first ever Premier League game with a win over Arsenal.

Content created and supplied by: Nicklaidex (via Opera News )