'Galácticos' is the Spanish word for 'galactic' and 'galactic' stands for something that's 'king-sized' but in footballing terms, it could mean 'Superstars' just the way we have Jay-Z, Kanye West, Wizkid, Davido and Michael Jackson as superstars of the entertainment industry. 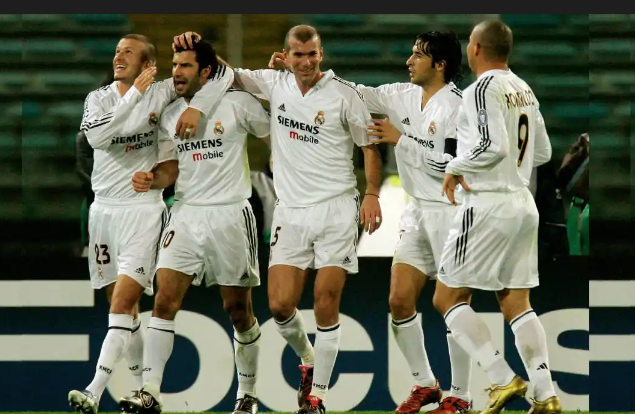 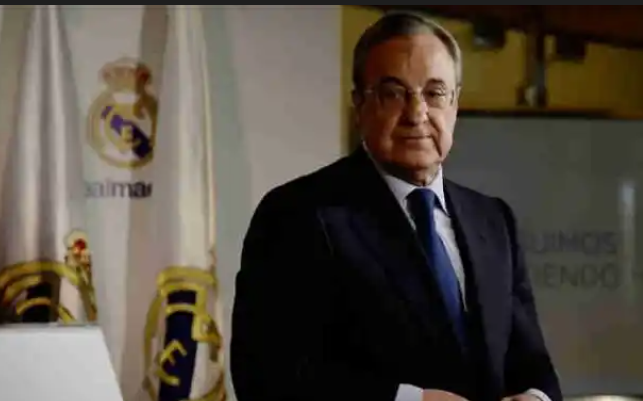 Perez bought one superstar every summer of each season and that helped Madrid to boost its revenue especially from Jersey sales. The name 'galacticos' had lived for a long time but most people are familiar with the era of Ronaldo De Lima. That era had the likes Zidane, Beckham, Owen, Robinho, Figo, Raul, Guti, Roberto Carlos, Salgado, Casillas, Makelele and others in the squad. 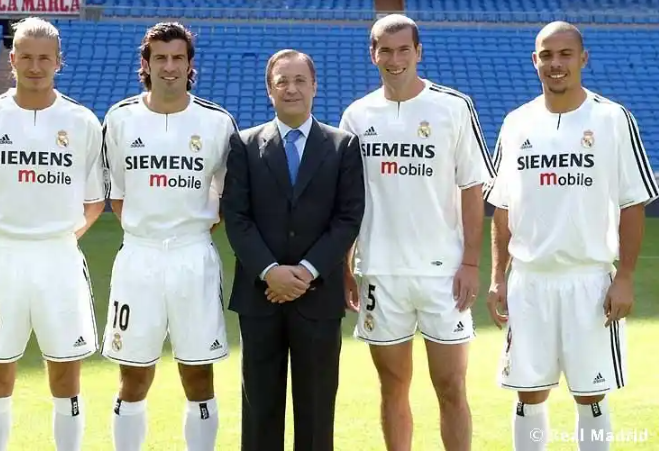 Although one of the Galaticos did the unthinkable by leaving Barcelona for Madrid in 2000. His name is Luis Figo.

Can Barcelona fans ever forgive him for that daring move?

Figo's picture burnt by the Catalans. 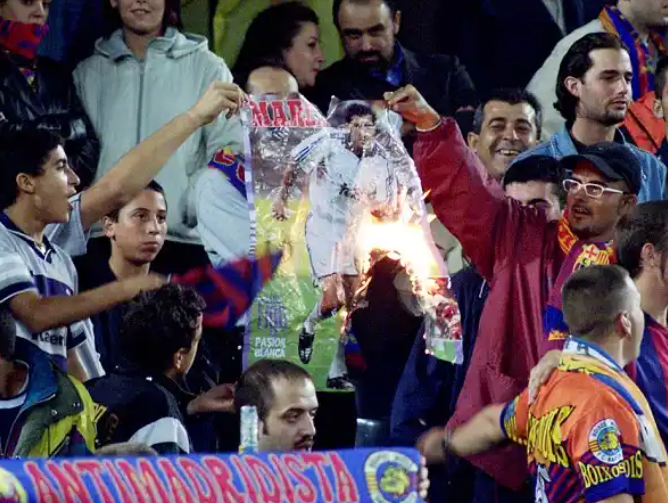 Below is a list of some 'Galaticos' elements brought in by Perez in his first era as President.

How many of them can you remember? Some players of this regime graduated from the youth system whereas some came in before Perez started his spending spree. These players include; How many memorable moments can you remember during the times of the Galacticos?

Let's hear your views in the comments section.