By SportsBlitz.ng (self media writer) | 2 years ago

A Nigerian woman, Nneka Ede has become the first African woman to own an European club.

The woman who hails from the Eastern part of the country achieved this feat after she bought a Portuguese Club.

- The club competes in the Campeonato de Portugal, the third division of Portugal’s football pyramid.

The name of the club is Lusitano Ginásio. Clube, Futebol, SAD

According to media outlet, Legit. ng, she secured the full ownership of the over 100 years old club.

Here's a logo of the club and some of its players below: 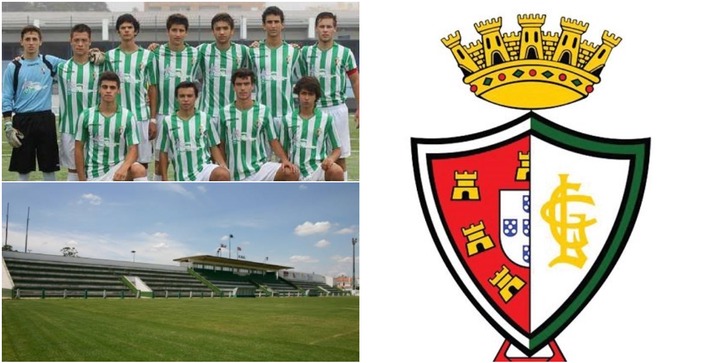 According to a statement by the football club, she finally bought the club after months of negotiations. They described her as enthusiastic and very passionate towards the sports.

Here's the photo of the statement by the club below: 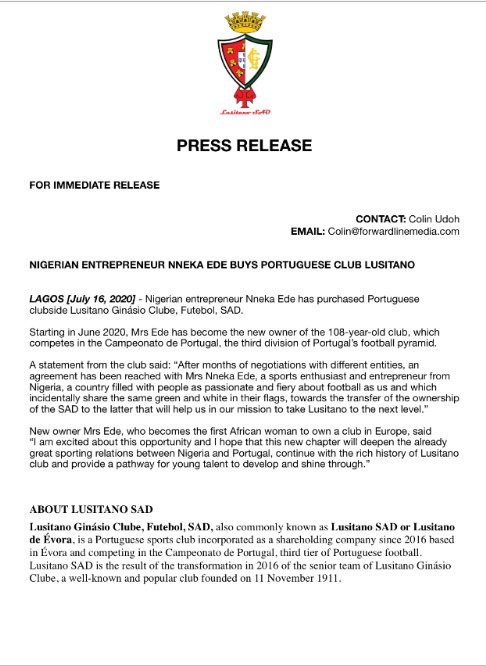 For your information, Lusitano entered the 1952–53 Primeira Divisão, finishing up 7th in their first season ever.

The club competed for 14 consecutive seasons in the Primeira Divisão, its major period of success in the 1950s and 1960s, earning an honorable 5th place in 1956/57, and reaching the semi-finals of the Taça de Portugal twice.

After relegation in 1966 the club went through a period of decline, never regaining access to the Portuguese top flight ever again and even descending to regional championships. The club is still today in the top 30 of teams with the most presences in the Portuguese League.

We hope this acquisition by one of our own helps the club achieve its full potentials and gain a place in the Portuguese top flight. 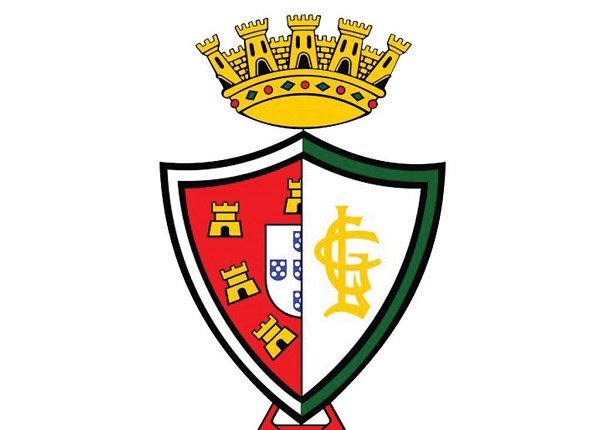