By Frenkieshina (self meida writer) | 1 months

Football is a game where the unexpected can happen. While many wrote Barcelona off in the chance of having a come back against Sevilla, the Catalans proved the doubters wrong and reversed a 2-0 deficit in the first leg. Goals from Ousmane Dembele, Gerard Pique, and Martin Braithwaite were enough to send Barcelona through to the final of the Copa Del Rey.

SEE ALSO: Why Lionel Messi may retire from football before Cristiano Ronaldo 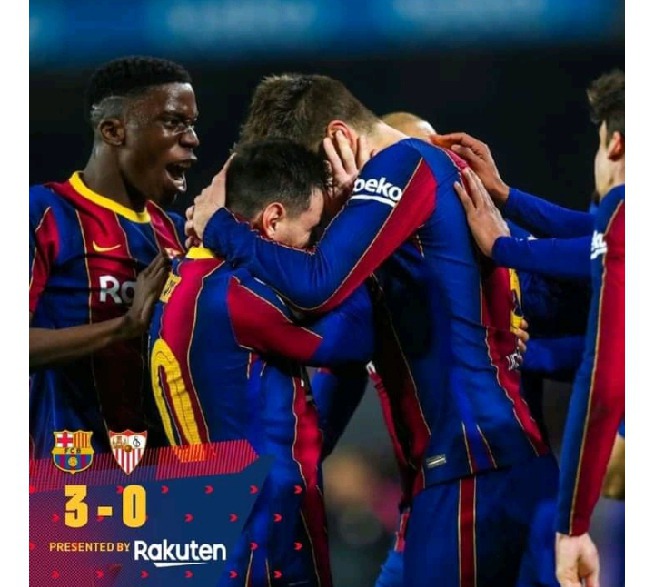 It could be recalled that Sevilla mocked Barcelona defender Pique after they used his picture of the moment he was struggling to keep up with Kylian Mbappe to create a meme. They used the picture to mock Pique after they advanced to the last 16 of the Champions League match.

However, after Barcelona had their revenge and defeated them 3-0 in the Copa Del Rey semi-final, they replied to Sevilla with the caption; "football is about respect". 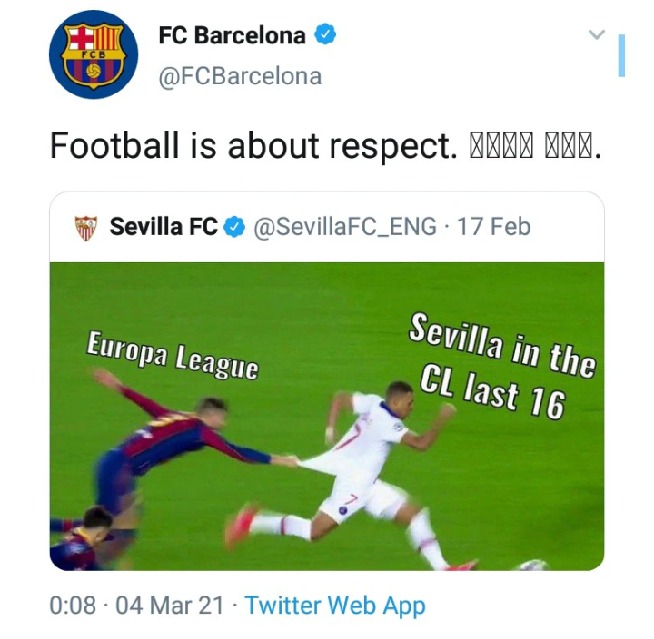 This caused a lot of reactions on social media and below are some of them: 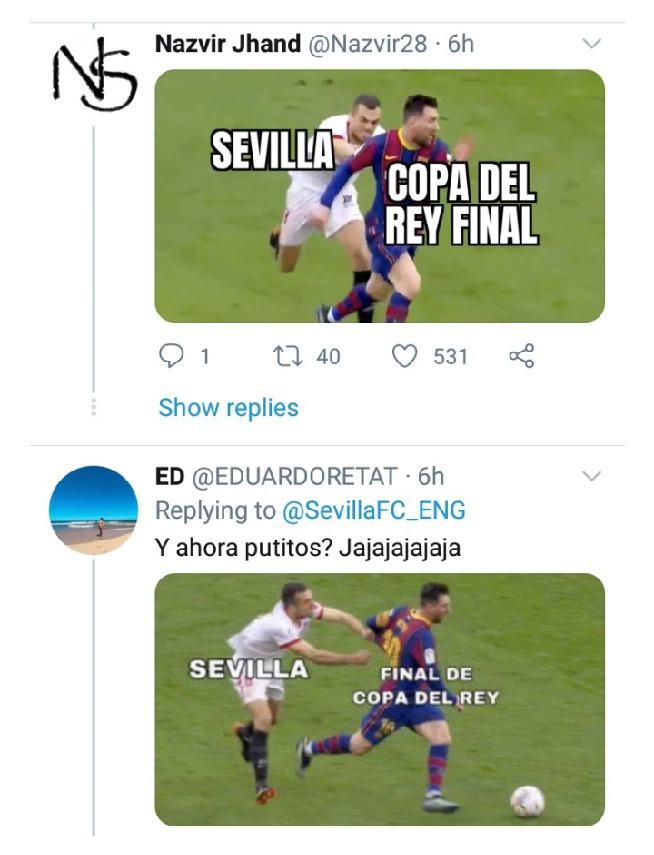 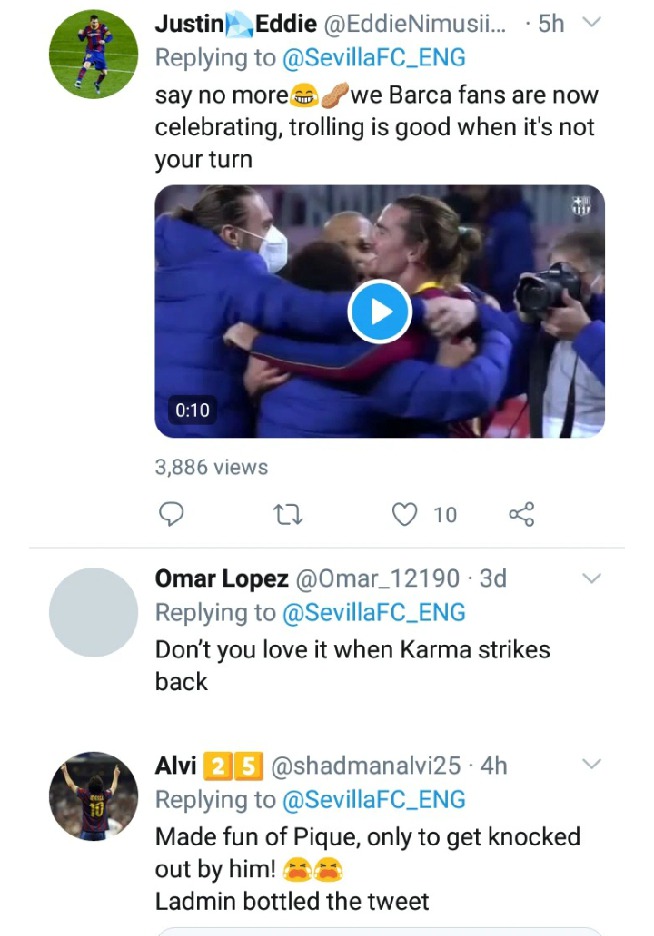 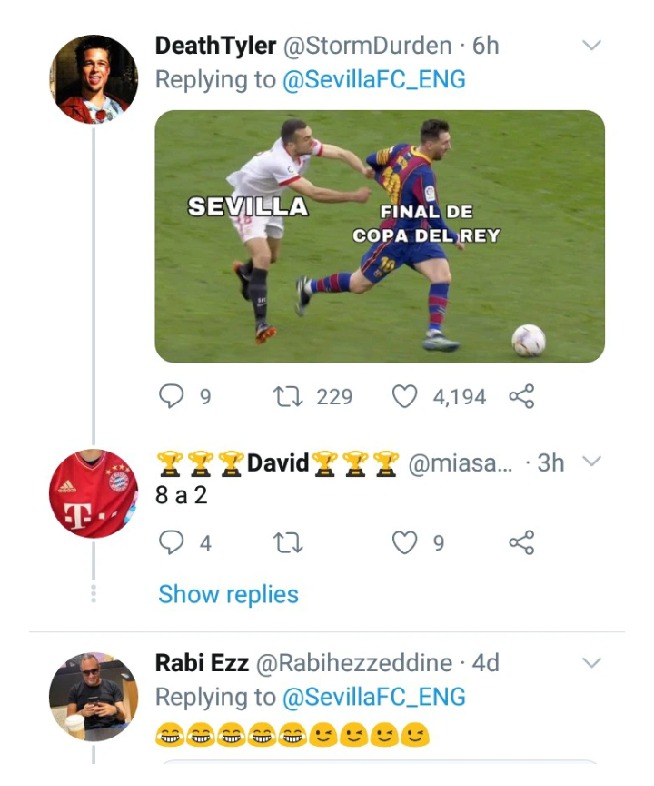 Content created and supplied by: Frenkieshina (via Opera News )