Victor Osimhen has emerged has a joint top scorer in Europe's top 5 league for the month of September as he scored yet another goal for Napoli in the Serie A match against Cagliari on Sunday night. 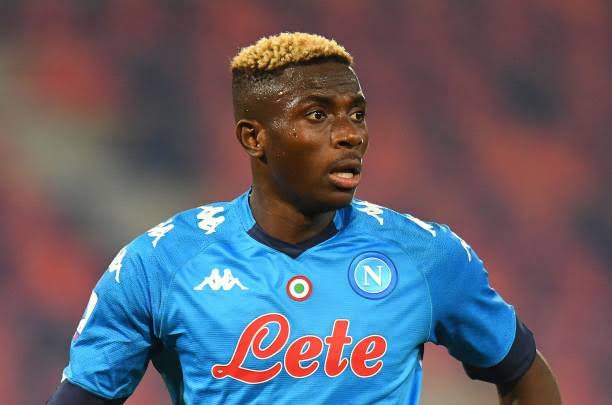 The other player to have achieved this feat is Karim Benzema of Real Madrid. Erling Haarland of Borussia Dortmund has 5 goals to lead the Bundesliga.

Against Cagliari, Osimhen once again opened the goal scoring door just as he did with Udinese and Sampdoria in Serie A matches for Napoli this season. 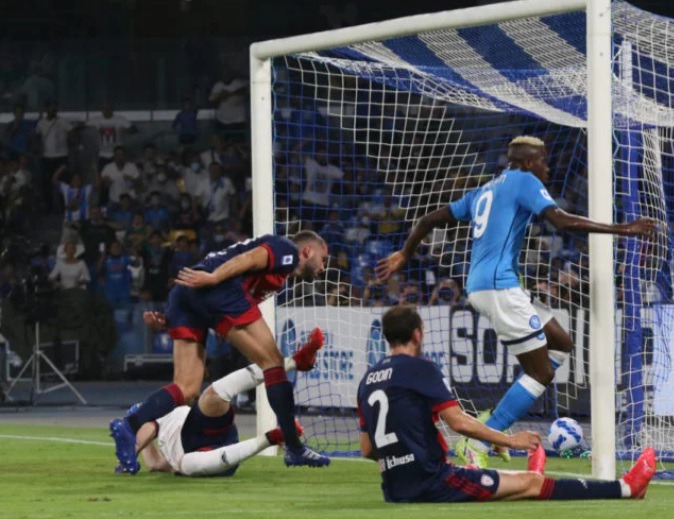 Apart from maintaining a perfect 100% record of six wins in six matches, Osimhen has an enviable achievement of scoring consecutively in four matches this season for Napoli.

Against Cagliari, Osimhen was on the field for 77 minutes and he really gave a good account of himself with a hand in the two goals scored by Napoli. First was the 11th minute goal he scored from six yards after rounding up Napoli's defenders including experienced Diego Godin. 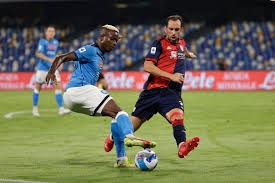 For Diego Godin, a former Athletico Madrid's player, his encounter with Osimhen on the night was one he will never forget as he had difficulty containing him and it was not surprising when, out of frustration, brought Osimhen down in Cagliari's vital area. The resultant penalty taken by Insigne made it two for Napoli and shot the team to the top of the table with the maximum 18 points.

If Osimhen maintain his present scoring form, he will definitely be a contender for the highest scorer award not only in Serie A but also among the top 5 league in Europe.

Share your views and comments and remember to follow me for more insightful articles and interesting updates on top leagues.