All You Need To Know About Diego Maradona's Will.

By Santiagobernabeu (self media writer) | 1 year ago 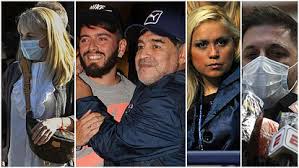 'Football' lost one of it's greatest legends,Diego Maradona.The Argentine died on November 25,2020 as a result of Cardiac arrest.

Reports by News outlet, La Repubblica, suggests that the Argentine had excluded his ex-wife Veronica Ojeda and his daughters from his will.

A few years back,Diego Maradona recorded a video where he said he would give all he owns to charity, however,it remains to be seen whether it was only a threat or the Football legend means what he's saying. 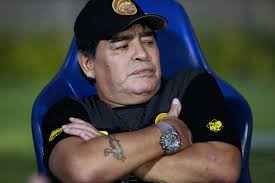 According to latest reports by the paper, Diego Maradona’s could be worth up to $100m. During the Argentine's lifetime, he opened bank accounts in five countries,namely:Monaco, Dubai, Sinaloa, Minsk and Havana.

Diego Maradona also owns a house in his home town in Buenos Aires, Argentina,which is only known by a very few people, including his ex-wife.

Diego Junior, who is the son of late Diego Maradona recognized in 2007, is reportedly travelling from Naples,where he resides to his late father's house in Buenos Aires. 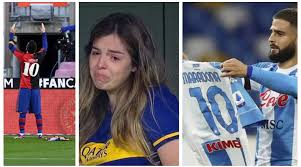 Maradona Junior is one of Diego Maradona’s five children, but according to reports by media outlet, La Repubblica, Diego Maradona could have had up to 11 children,though of them will are yet to have a DNA test that will be compared with Maradona’s,in other to confirm.

It will take months, most likely years, to assign the hidden Wealth of the Argentina and Napoli Legend.However,his story will always remain in the heart of all true Football fans

What's your thoughts on this? Leave comments below.