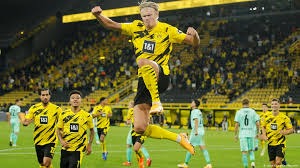 Bundesliga outfit were on a winless run of four consecutive games before squaring up against Sevilla in a Champions league match.

Having not won a game since January, the black and yellows looked to end the winless run and get back to winning ways which they successfully did completely.

Suso had given Sevilla an early lead after his shot deflected in off Mats Hummel but Haaland set up Dahoud to level the scoreline .

Dortmund finally took the lead after Reus breezing through Sevilla midfield and assisted Haaland for the third two minutes before half time.

Norway international had initially the doubled his side lead when he netted his first of the game in 27th minute.

Sevilla reduced the deficit in the second half through Luuk De Jong and looked more threatening as the game went on but Dortmund managed to see it all through.

They would like to build on that in order to upturn their recent performances in the league when domestic actions resume in weekend. 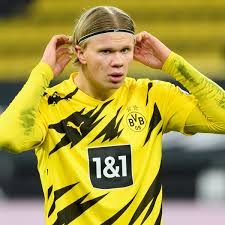 Since the start of last season, no player, other than Lewandowski, has ever managed the goalscoring exploit of Haaland in Champions league.