In what year did the first modern Olympic games take place in Athens, Greece?

By Evaristus23 (self meida writer) | 1 months 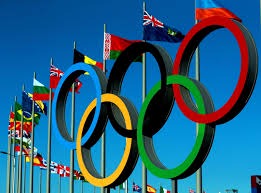 At the inaugural Games of the modern Olympics in Athens, 280 athletes from 12 countries, all male, attended. Athletes competed in 43 events that covered track and field, cycling, weightlifting, gymnastics, swimming, fencing, shooting, and tennis. The atmosphere was festive as foreign athletes were welcomed with parades and banquets. The opening day of competition was attended by an estimated 60,000 people. In the organizing and managing of the Olympic Games, the royal family of Greece played a major role, and they were also regular spectators over the 10-day period. There was only one national team, a well-to-do team from Hungary; most of the foreign athletes were members of athletic clubs attracted by the newness of the Olympics. 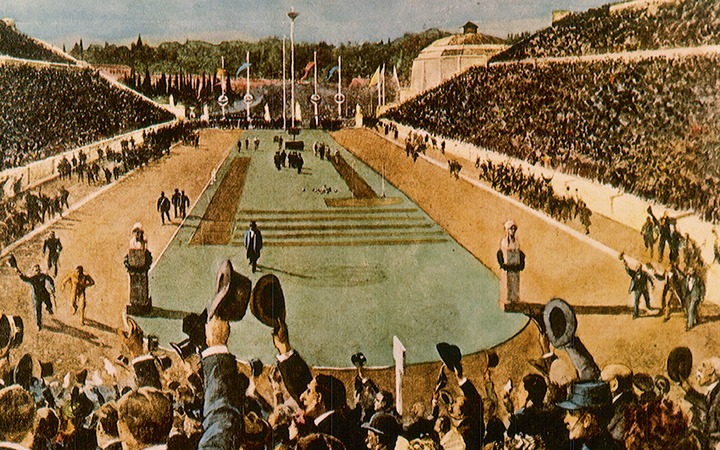 The Panathenaic Stadium hosted the athletics events. The stadium, originally constructed in 330 BCE, remained in disrepair by the 1896 Olympics, until it was restored with white marble at the direction and expense of Georgios Averoff, a wealthy Egyptian Greek. The ancient track had an exceptionally elongated shape with such sharp turns that runners had to slow down considerably to stay within their lanes. The USA's track and field team dominated the competition, winning 9 of the 12 events. The swimming competitions were held in the cold conditions of the Bay of Zea. Alfréd Hajós of Hungary won two of the four swimming races. Three of the six cycling events were won by Paul Masson of France. 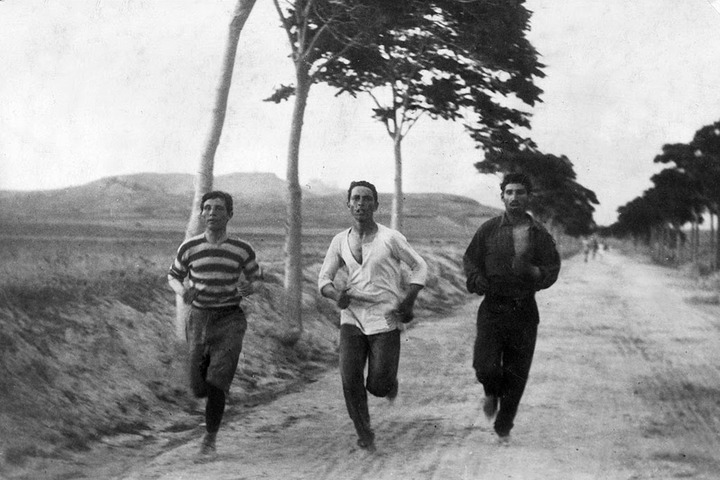 The 1896 Olympics included the first marathon. Frenchman Michel Bréal envisioned the race by following Pheidippides' legendary route. He is said to have been sent from the plain of Marathon to Athens to announce the defeat of an invading Persian army in 490 BCE. A Greek named Spyridon Louis, whose triumph earned him the admiration of his nation, won the race, making it the highlight of the Games.