By Zaharaddeen (self media writer) | 8 months ago 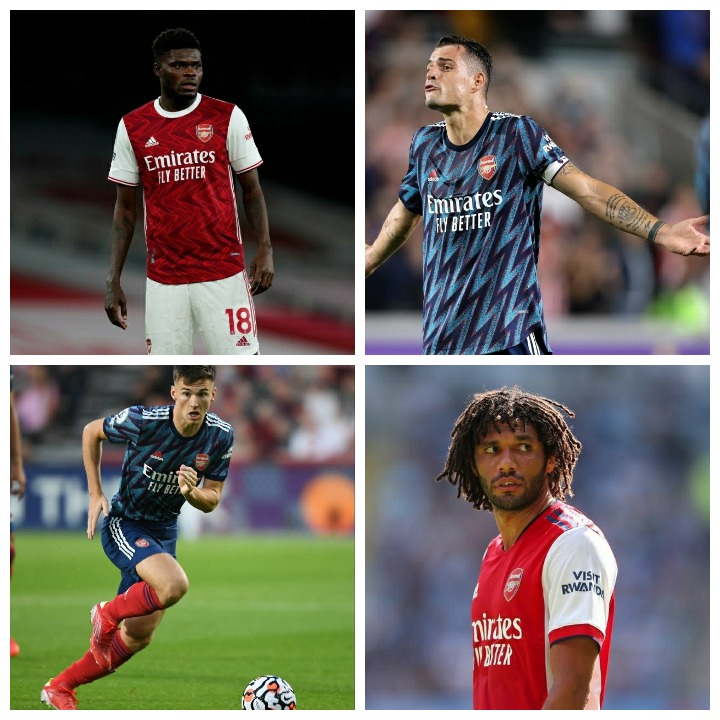 Arsenal head into Sunday's North London derby with a spring in their pace following consecutive Premier League victories and reserving their spot in the fourth round of the midweek Carabao Cup.

The Gunners comfortably defeated AFC Wimbledon 3-0 and will now face Leeds United in the next round.

Alexandre Lacazette's opening penalty wasn't built until the final 13 minutes when substitute Emile Smith Rowe and Eddie Nketiah finished Arsenal's place in the next round.

It comes after 1-0 wins over Norwich and Burnley - and Mikel Arteta will be eager for his men to beat their bitter rivals when they face off on Sunday.

Having fielded a team under strength against AFC Wimbledon, Arteta will face some injuries and suspensions before the draw.

Partey had an hour under his belt in the midweek Carabao Cup match against AFC Wimbledon as he stepped up his efforts to get back into top form.

Speaking after the game on whether it was part of his plan for the midfielder to play for so many minutes, coach Mikel Arteta said: "Yes it was. He didn't play. many minutes since he was injured. We believe the pace of the games has nothing to do with any training session. I think it has been very beneficial for him. " He also denied playing Partey was a risk.

Arteta added: "We didn't think so and that's why we made the decision to play with him, but it's always a risk when playing a game or training at the intensity with which we train." We believe it was the right thing to do and he was really pushing for it so I think it worked out well. "

The midfielder served the third and final game of his ban following a red card against Manchester City before the national team break.

To add to this good news, Xhaka is back in full health after testing positive for Covid-19 which caused him to miss Switzerland's triple international match earlier this month. The 28-year-old returned to training last week after a stint in Basel and could be involved against Spurs.

Elneny missed Burnley's win with a hamstring injury. Before the trip to Turf-Moor on Arsenal.com there was information: “Left hamstring. Mo has worked hard with the medical team after suffering a hamstring sprain and plans to return to full workout next week. ”

Tierney has started all five of the Gunners' Premier League games this season, although he has been substituted in two of them, including at Turf Moor. During the game, he felt some discomfort and cramps.