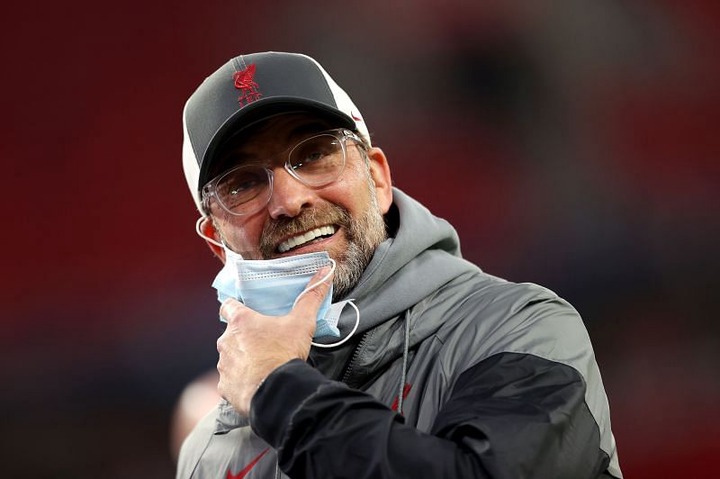 Current head coach Joachim Low has revealed he will be stepping down from his role as the Germany national team coach after Euro 2020 in the summer.

However, Klopp has now come out to quash these speculations, revealing he has his heart fully set on Liverpool.

The Liverpool boss’ agent Marc Kosicke also backed his client's claim, ruling out an Anfield exit for the latter in order to take control of Germany.

In the in-depth interview, Klopp was asked to shed light on rumours linking him with the Germany role.

“I’m sorry for SportBild, that we can’t keep it simmering a little longer (grins). But the important thing is: I didn’t say that I didn’t WANT to become a national coach, but that I CANNOT. That’s a huge difference,” the Liverpool boss said to  SportBild.

“There is a very clear commitment: I have an important role here at Liverpool. This is my sixth year at Liverpool, and I’ve built an incredible relationship here with people I work with on a daily basis. We rely on each other."

“Right now, in such a difficult phase, to say from my side: I’ll be gone then? That will not do.

“I am full of energy, even when friends text me: ‘Are you okay? You look bad!’

"I’ve just gotten older and haven’t seen the sun for a year, and I don’t sleep much. “That’s why I look bad. And not because we have six home defeats in a row. I want to sort this out with the boys and girls who work with me."

“And there is no way to say: ‘Oh, national coach, that would be an interesting job.’ That would be a great honour without question, but the timing is not right. I can’t. I am very sorry if I’ve let people down with it, but I can’t just step out of my responsibilities.”

Liverpool finding their feet after a horrid spell

Liverpool have endured a horrid spell since the turn of the year. They are yet to pick up a win on home turf in 2021 and are on a run of six straight home defeats.

After six losses in their last eight games, Liverpool grabbed an impressive win over RB Leipzig in the second leg of their UEFA Champions League quarter-final clash.

Goals from Mohamed Salah and Sadio Mane were enough to put the Bundesliga outfit to the sword as Liverpool cruised to a comfortable 2-0 win.

That was quickly followed by a hard-earned win against Wolverhampton Wanderers in the Premier League as Liverpool picked up back-to-back wins for the first time since late January.

The Reds have now moved ahead of Everton into sixth place on the table, two points behind West Ham United and five points behind Chelsea in fourth place.