Erling Haaland is already a household name in football. He scores goals whenever he wants, and it seems like year after year, month after month, game after game, he's just getting better at an alarming rate. That has obviously piqued the interest of top clubs such as Real Madrid, PSG, and others in the Norwegian striker.

Real Madrid will have a busy summer in 2022. They plan to sign some superstars so that they can smoothly transition from the old guard to the new boys. Obviously, Kylian Mbappe is the most important and likely option, as he aspires to play for Real Madrid.

They couldn't make it happen this season due to PSG's refusal to even respond to Real's offer. As a result, Mbappe will almost certainly join Los Blancos as a free agent next summer. Aside from him, the club needs to bring in a midfielder because Toni Kroos and Luka Modric are getting older. They also require a center-back due to a serious lack of quality in that position when compared to the rest of the squad.

Of course, we can't expect every single player to be signed and every single position to be reinforced in a single summer, but if any club can do it, it's Real Madrid. As a result, Haaland is also a viable option.

Karim Benzema is 33 years old and will not be around much longer. Securing Kylian Mbappe and Haaland would solve the team's attack for the time being.

Haaland's reported clause goes into effect in 2022. There will be a number of clubs interested in Haaland's services, the majority of which will be Real Madrid and PSG. So, what makes Haaland prefer Real Madrid to PSG? 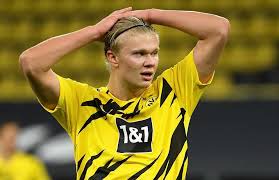 Haaland will have seen how things went down for Mbappe and PSG over the summer. PSG have assembled a fantastic team, and if they play their cards correctly, there is probably no team in the world that can stop them from winning the Champions League.

But, with so many egos in the squad, playing the cards correctly is difficult for both the players and the manager. Besides, given how PSG handled Mbappe's case this season, it wouldn't be a stretch to think that Haaland wouldn't want to play for a club that doesn't let their players leave easily, if at all.

Mbappe made it clear in a respectful manner that he wanted to leave PSG, and he said it this season rather than last because he wanted to keep his promise to PSG that the Frenchman would only leave for a transfer fee. What action did PSG take? PSG turned down his request, as well as all of Real Madrid's offers, and the deadline passed. 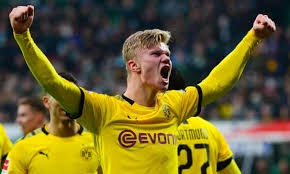 Assume Haaland joins PSG but decides to leave after a couple of years. Would he be able to pull it off? PSG is not like other clubs, such as Real Madrid. Perez has stated numerous times that he will not hold a player hostage if he wishes to leave, and no one is an exception to this rule. Raphael Varane left in order to try something new. Allowing him to leave in the same summer that Real Madrid lost Sergio Ramos reveals a lot about how Real operates.

PSG will most likely offer Haaland a larger contract than Real Madrid, but Haaland understands that money isn't everything.

People can argue all they want about how La Liga's quality has declined since Cristiano Ronaldo and Lionel Messi left. That is correct; they are two of the best players in history, and their departures would result in a loss of quality. However, it only increased the league's competitiveness. Sevilla were on the verge of breaking into the top three for the first time. Until the final weeks of the season, they were in contention for La Liga. They are unquestionably adequate, and it demonstrates that teams are improving.

On paper, Atletico are stronger than ever. 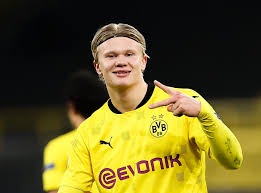 Barcelona is currently struggling, but they do have a few very talented players who have yet to reach their peak. When that happens, and when the financial side of things improves a little, we could see Barcelona make a comeback to the top. Real Madrid appear to be in good shape for the time being, but there are obvious flaws that need to be addressed. Aside from the 38 league games, add a slew of Champions League matches to the mix, and you've got yourself a very competitive season on your hands.

There is only one team in Ligue 1: PSG. Maybe you can count Lille winning it out of nowhere last season, but I'm pretty sure they won't be able to defend their title against this kind of attack.

That leaves only the Champions League. Would Haaland want to be tested in only 10-12 games per season? I highly doubt it at his age and given his mental state. Haaland is a very competitive player, and it makes me wonder if he'll be playing in Ligue 1 next season.

Vinicius Junior, Real Madrid, The tactical aspect of La Liga will make it more difficult and exciting for Haaland.

Erling Haaland, as previously stated, is a fierce competitor. He enjoys challenges and is always looking for new ways to overcome them.

That's probably why he'd like this one the best of the three. 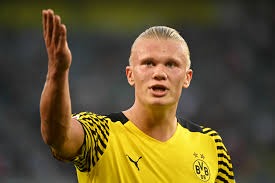 So, I think Haaland is doing an excellent job in the Bundesliga. Scoring that many goals in such a short period of time is no easy task. But it also reveals something about the defensive systems of Bundesliga teams.

Taking nothing away from the Bundesliga's defenders, but from what I've seen, there's a lot of space for attackers and midfielders to operate, which leads to more goals. Ligue 1 could be said to be in the same boat.

Defenders leave a lot of time and space, which makes it a little easier to score goals.

In La Liga, however, the situation is quite the opposite. It's actually one of the league's most underappreciated aspects. Spain's teams defend deep against top opposition, forcing opponents to think outside the box and work hard for the goals they score. Haaland hasn't really played in that configuration before, so it'll be interesting to see how he performs.

I'm sure he'd still score a lot of goals, but it'll be interesting to see how he adjusts to the league's defenses and lack of space.

His competitive nature would undoubtedly cause him to consider ways to alter his game so that he is just as effective in Spain as he was in Germany. I believe he will enjoy the challenge and be willing to work for it.